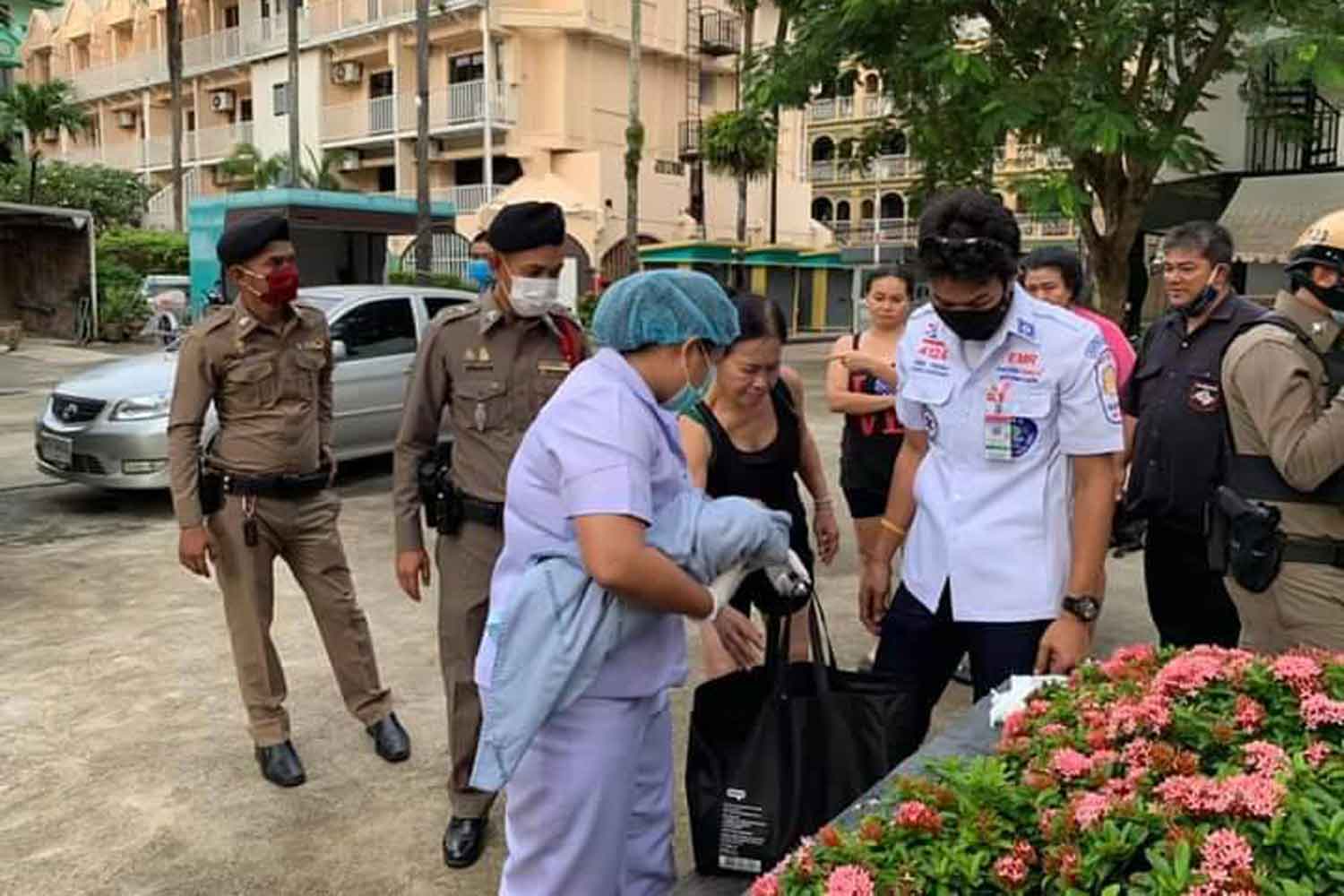 A nurse examines a bag in which a baby boy was found on Wednesday morning behind Krungthai Bank, Patong branch, in Kathu district of Phuket. (Photo by Achadtaya Chuenniran)

PHUKET: A baby boy, aged about seven days, was found abandoned on a bench in Patong area of Kathu district on Wednesday morning.

The infant was wrapped in a pink towel inside a black bag placed on a wooden bench, said Pol Lt Col Sarit Butnongsaeng, deputy chief of Patong police. The bench was under a palm tree behind the Patong branch of Krungthai Bank.

The bag also contained nappies, tissue paper, a bottle of milk and other items.

The baby was given first-aid treatment by nurses who accompanied police to the scene before being sent to Patong Hospital.

The woman who found the baby, Ratchanee Berit, 68, said she was jogging on the beach when she heard the noise of a baby crying. She stopped to take a look and found the bag containing with the baby boy. She then called police.

Patong police investigators examined footage from security cameras in the area. It revealed that at 5.39am a young woman about 150 centimetres tall, wearing a short skirt and a white T-shirt with number 88 on the back, walked to the wooden bench and placed a black bag on it before leaving.

Police were contacting hospitals in Phuket to check the records of babies born during the past seven days.