Search
Lamyai Thammada, 52, of tambon Salaeng Phan in Buri Ram’s Lam Plai Mat district, shows her delight after learning she will get her ID card back in three days. Her identity has been used by another woman for 12 years. (Photo: Surachai Piragsa)

BURI RAM: A 52-year-old woman in Lam Plai Mat district whose identity card was wrongly issued to another woman 12 years ago is finally getting her name back, along with her lost rights to government assistance.

Lamyai Thammada, of tambon Salaeng Phan, had sought help from local authorities after learning in 2009 that her lost ID card was being used by another person.

Thai media reported she had worked as a hired-hand in other provinces, but in 2009 she wanted to move her name to the house registration of her husband in Nakhon Ratchasima’s Soeng Sang district.

She found she could could not do so because district officials said her ID card was already issued to another person.

The 52-year-old woman had reported her card lost and filed for a replacement at Lam Plai Mat district office. A local leader signed as guarantor.

The replacement card never arrived. When she filed complaints with the district office and police she was told to wait.

Lack of an ID card has deprived her of the right to state health care and other social welfare benefits. She has been unable to register for any state help during the Covid-19 pandemic.

Her case finally came to the attention of Namchai Wongwilas, Lam Plai Mat senior deputy district chief, who examined her documents, including her school certificate, and confirmed that she was the real Lamyai Thammada.

The district office has now said it would issue her with an ID card within 3 days, bringing a  smile back to her face.

The office would also investigate the stolen ID card and its use, and take action against those involved.

The initial inquiry turned up evidence that a village head who had died years ago had guaranteed documents submitted by another woman, who had been using Ms Lamyai’s ID card, a source said.

Ms Lamyai and her husband, Arom Mankhong, told the Bangkok Post that they were overjoyed when the senior deputy district chief promised to urgently issue her an ID card.

She said after getting her card, the first thing she would do was register for the government’s financial aid scheme, Rao Chana (We Win), for people affected by the Covid-19 outbreak. 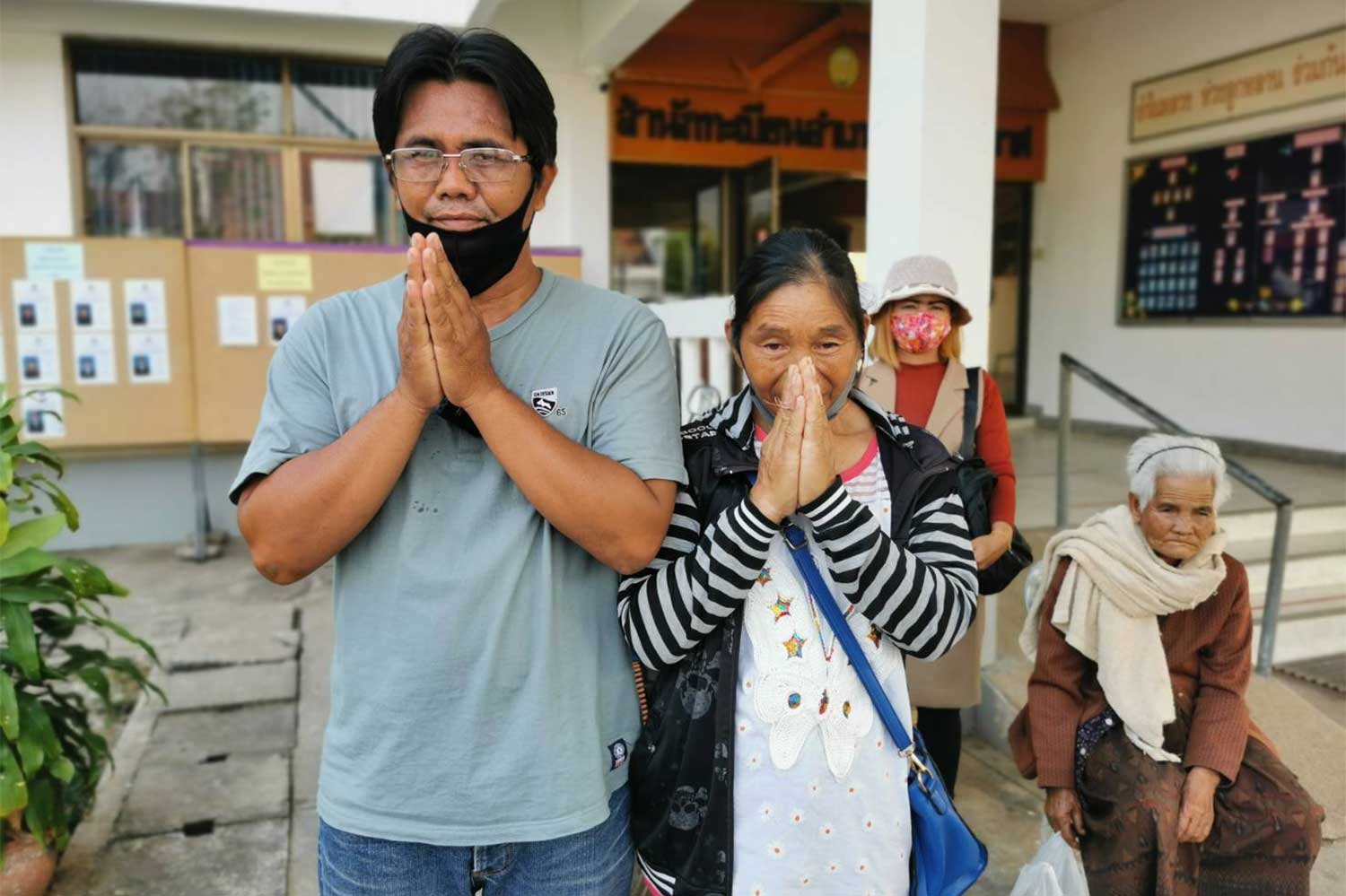 Lamyai Thammada, front right, and her family thank district authorities for finally resolving her problem after her identity was stolen by another woman 12 years ago. (Photo: Surachai Piragsa)