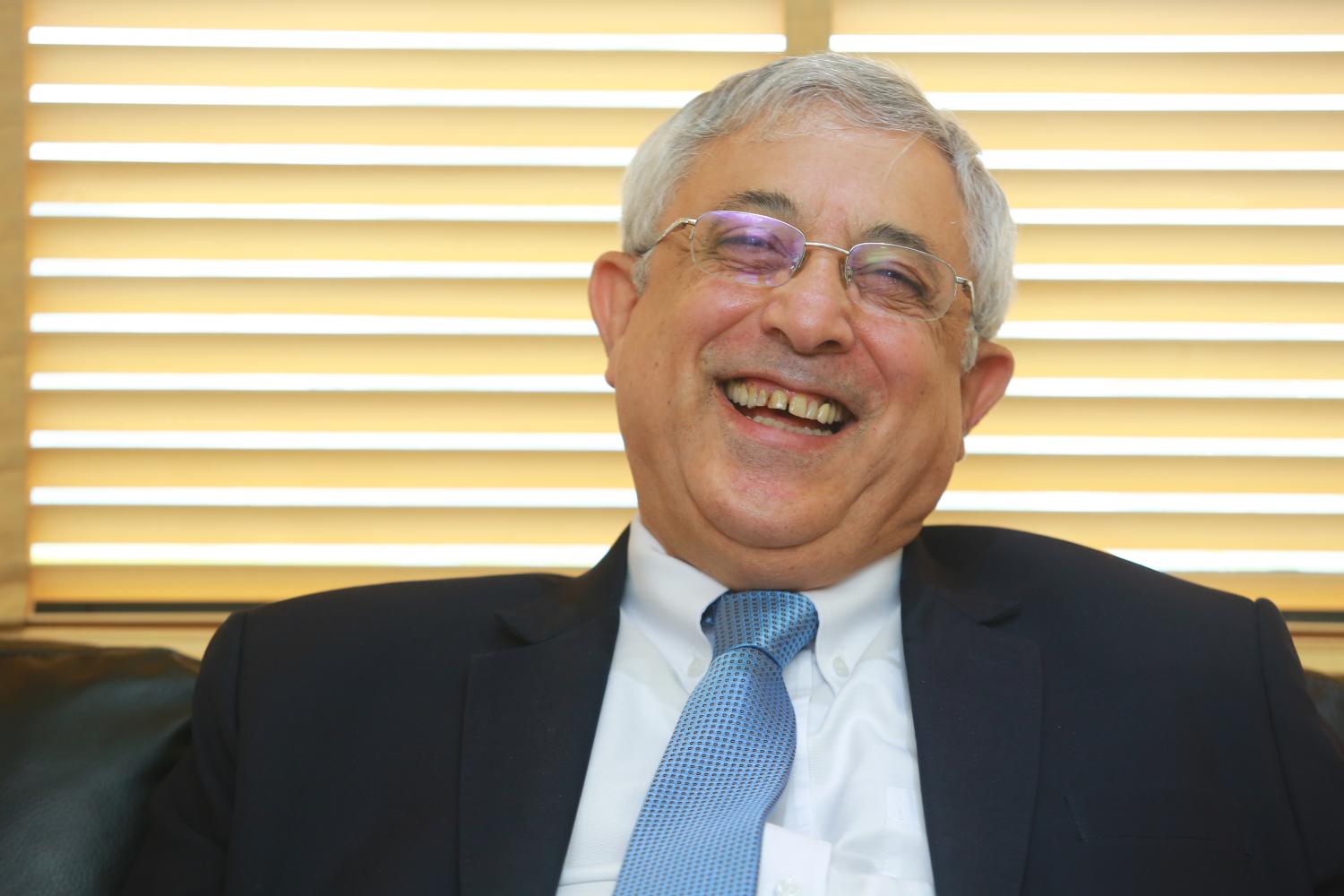 Tourists come and go, but those who stay long enough can feel the pulse of the new land. Israelis, their top envoy in the kingdom said, have been won over by the goodwill and warmth shown by Thais.

In an interview with the Bangkok Post, Israel’s Ambassador to Thailand Meir Shlomo said he has been impressed by Thais’ kindness since he took up the post three years ago. “They are very kind, polite, respectful, and disarming — with none of that Israeli assertiveness. They say ‘yes’ or ‘yes, maybe’. I found that I got used to it and don’t say ‘no’ any more,” he laughed.

His remarks came on the 66th anniversary of Thailand-Israel diplomatic ties on June 23.

Following the Nazi Holocaust, Israel declared its independence in 1948. Since then, the 72-year-old state on the eastern shore of the Mediterranean Sea has been home to a Jewish population which migrated from Europe, the Middle East, North America, and the former Soviet Union.

Mr Shlomo said he fell for the mix of modern and traditional scenes in the city. For instance, he said, skyscrapers and cultural sites can sit side-by-side in Bangkok, which is rare in other cities, especially Israel. “Of course, [in Israel] we are trying to collect our history, but here in Bangkok you don’t have to wait for it. It is very impressive. You can visit traditional places, such as markets, temples, and somewhere outside Bangkok, or go to Iconsiam or wherever you prefer,” he said.

Mr Shlomo said agriculture has been key to cooperation between Israel and Thailand, citing the Hup Kraphong Royal Project as an example. With the collaboration with Israel, the late His Majesty King Bhumibol Adulyadej The Great launched the initiative in 1962 to help local farmers tackle problems such as soil infertility. “We have been involved in the royal project for 34 years,” he said. “Last year, we donated a new greenhouse. They just sent us lemons.”

Meanwhile, he said, around 25,000 Thais are working on date and bell pepper farms in Israel, whose products are available to Thai consumers. “They are now part of our society. They are in the southern part of Israel, the desert area, where they grow bell pepper. In the Jordan Valley, they grow dates. Israeli farmers are happy to work with them,” he said.

Mr Shlomo said Thai workers, mostly from the Northeast, forked out hefty fees of up to US$10,000 (about 309,000 baht) to get to Israel, but since the first bilateral agreement came into force in 2011, fees have dropped to US$1,500, including flight tickets. “We are about to renew the agreement this year and lower the fees further, [but] the number of Thai workers will remain the same at 25,000,” he said.

In addition to agriculture, Mr Shlomo encouraged cooperation on technology, now that both countries are moving towards an innovation-based economy. In 2018, the National Innovation Agency (NIA) cooperated with the Israel Innovation Authority (IIA) to subsidise projects in smart farming, automotive and cybersecurity.

More recently, Israel launched the “Shield” application, similar to the Thai Chana virus tracing platform, to deal with the coronavirus outbreak. “We are in the process of developing a vaccine, but it is still at an early stage. By the way, we were approached last week by the CCSA to do a joint study on the development of a vaccine. We are checking whether Israeli companies want to join hands with Thai counterparts,” he said.

When asked how he sees bilateral relations between Israel and Thailand in five years, Mr Shlomo stressed that ties will be on an upward trajectory because Israel and Thailand complement each other — especially in the commerce sector, where their products don’t overlap.

“It makes sense to have the FTA and put customs out of the picture. I am hopeful we will sign the agreement. It will increase commerce between the two countries meaningfully,” he said. Israel, he added, views the kingdom as the gateway to Asean and is a development partner of the Ayeyawaddy-Chao Phraya-Mekong Economic Cooperation Strategy (Acmecs), initiated by former prime minister Thaksin Shinawatra in 2003.

Mr Shlomo said Israel offers 100 scholarships to Thai university students for one-year programmes, but language remains a huge barrier. In the same way, there are few Israeli students in Thailand. “[However,] there are other ways to compensate. Thailand is the second most popular tourist destination for Israelis after New York. In any Israeli family, you will find at least one person who has been to Thailand, probably more than one,” he said, adding their favourite places in Bangkok include Khao San Road and Sukhumvit Soi 22.

While around 200,000 Israelis come to Thailand each year, only 10,000 Thais fly to Israel. As such, he invited Thais to visit the country, which is roughly similar in size to Nakhon Ratchasima, which tourists can explore in just one week. Popular tourist destinations include Jerusalem and Tel Aviv, as well as the lesser-known Galilee in the north, he said. “It is a picturesque area with wineries and breathtaking views, such as waterfalls and the Sea of Galilee. This is a less travelled place,” he said, adding that local dishes include hummus, falafel, and pita bread.

As for the importance of remembering history, Mr Shlomo encouraged people to learn lessons from the past to avoid hurting people from different cultures. “I don’t believe there is anti-Semitism in Thailand.

“What exists are people who don’t know much about the Holocaust and World War II. When you don’t know about it, you don’t understand the sensitivity [of the subject] to other people,” he said. “Some Thais, not many, think [Nazi symbols] as fun or a kind of memorabilia, but of course for Jews and Israelis — and I would say, for most Europeans and Americans — anything that has to do with Nazi Germany and the Holocaust is offensive and sensitive,” he said, referring to a member of BNK48 who wore a shirt with a Nazi logo on stage last year.

While on the subject of sensitive issues, the ambassador reminded Israelis not to raise their voices while travelling in Thailand, as speaking loudly and in a direct manner — which is common among Israelis, he said — can be misunderstood as arguing or even fighting. “Go with the flow. Don’t try to push anything. Don’t worry. This is Thailand,” Mr Shlomo said.

“Israelis like to question everything and don’t take anything for granted. We like to discuss and debate things. It is our national sport. That is very different from Thai culture which is more consensus-building. It is not that one is better than the other, they are just different,” he said. “Living here is different from being a tourist because you really can feel the pulse of its people,” he added.