A 28-year-old man from the Kyrgyz Republic was found hanged inside this deserted hotel in tambon Thep Krasattri of Thalang district, Phuket on Saturday. (Photo: Achadthaya Chuenniran)

PHUKET: A Kyrgyz man was found hanged at a deserted hotel in Thalang district in the early hours of Saturday.

The body of the 28-year-old man (name withheld) was found on the third floor of the abandoned building in tambon Thep Krasattri, said Pol Lt Thitiwat Arsasing, a duty officer at the Thalang police station, who was alerted around 1.30am.

A younger brother of the man told police that his brother had left a house in Phuket on Friday evening and could not be contacted after that. He began looking for him and later found his elder brother had hanged himself at the deserted hotel.

According to police, the younger brother said the man had a debt problem and this might have been the reason for his act.

They said that before he took his life, the man sent a video to his wife who is living abroad. They did not give details of the video, saying only that the man was a tourist originally from the Kyrgyz Republic.

The officers sent his body to Thalang Hospital for a post-mortem examination. 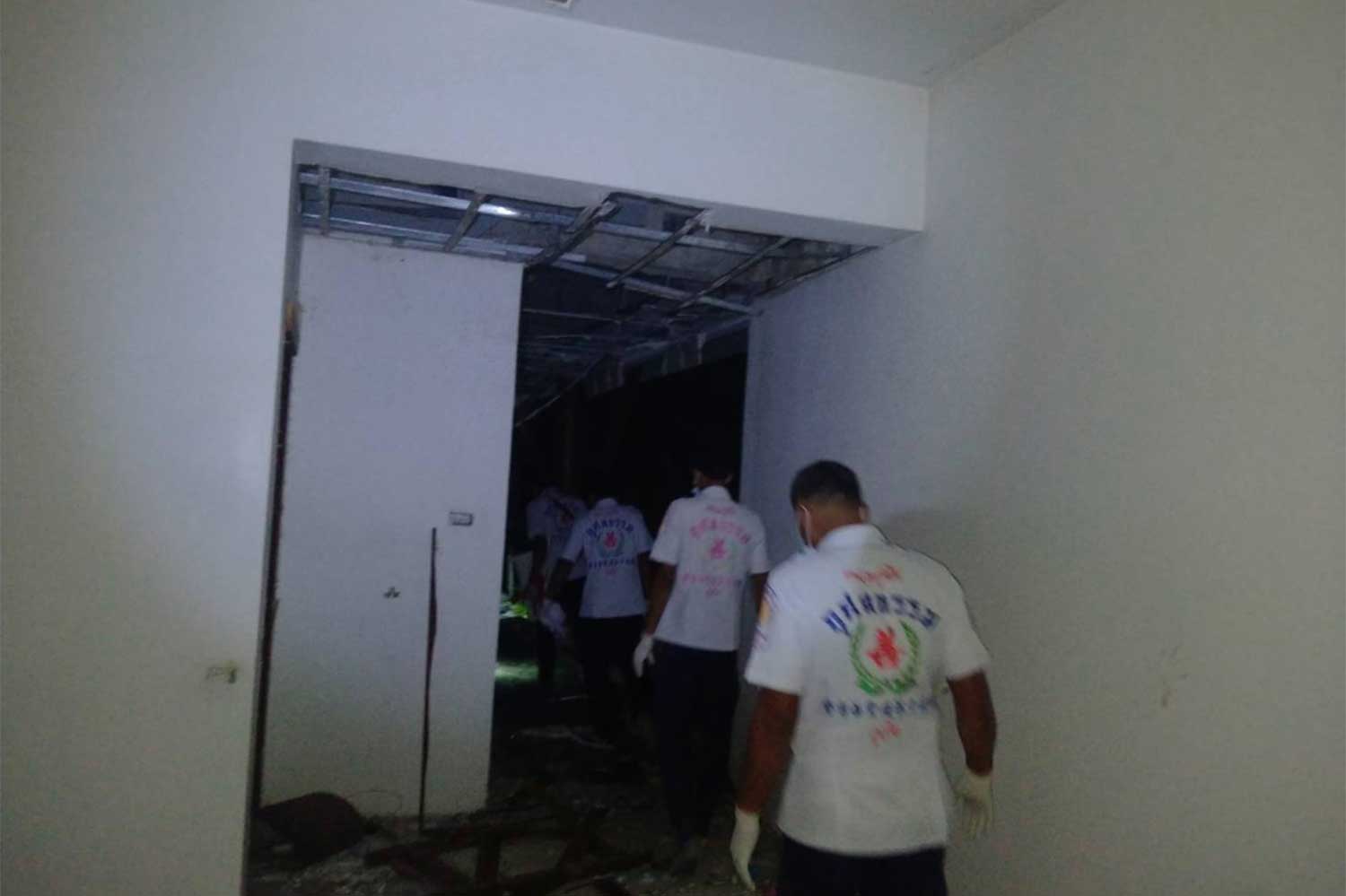 Rescue workers take the body of the man from the third floor of the deserted hotel in Thalang. (Photo: Achadthaya Chuenniran)