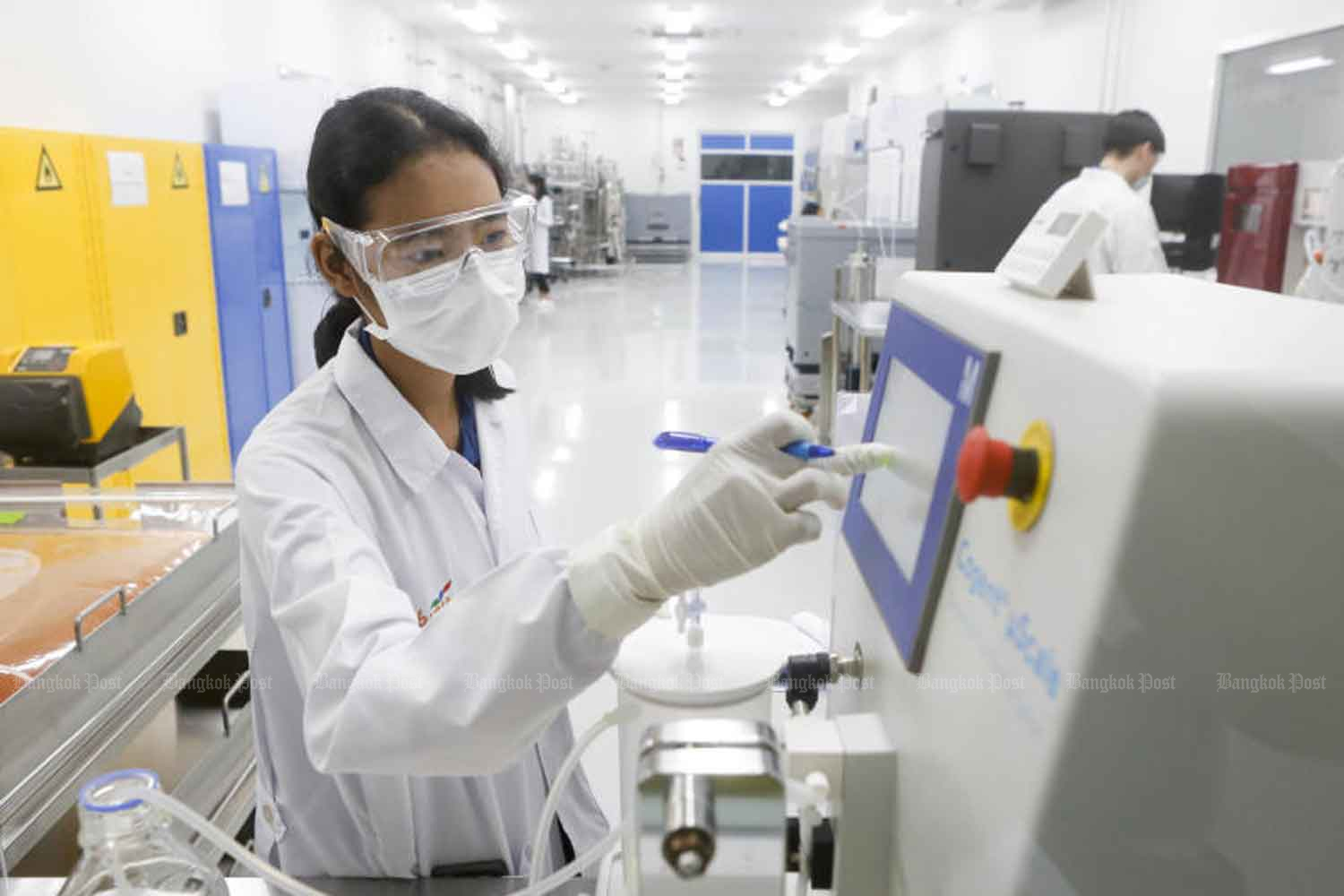 Local Covid-19 vaccine production should start in the middle of next year and a decision will be made next month on the first recipient groups, health authorities said on Tuesday.

He said that Thailand participated in the alliance’s vaccine development project, which announced the average efficacy of 70% for their ongoing third-phase trial. The company was seeking vaccine registration with food and drug administration organisations of the United Kingdom and Europe, he said.

Dr Nakhon also said Siam Bioscience Co was in talks with AstraZeneca about the local production and the annual output capacity was set at 180-200 million doses for use in Thailand and other Southeast Asian nations.

After the technology transfer, production could start in six months or approximately in mid-2021. The 26 million doses that the government would spend 6 billion baht to buy from AstraZeneca for 13 million Thais would come from the production lines of Siam Bioscience, he said.

Dr Opas Karnkawinpong, acting director-general of the Disease Control Department, said the National Vaccine Committee would next month decide on the first groups of vaccine recipients.

In principle, he said, the vaccine would be first used to prevent deaths among at-risk groups, protect the groups of people with high risks of transmission to contain Covid-19, and protect health personnel to secure the national health system.

It would be impossible for everyone to receive the vaccine at the same time and the use of face masks was for the time being “the best vaccine” for self-protection, Dr Opas said.