Search
One of the three wounded kratom smugglers on Tuesday points out the gang’s escape route into Thailand, in Sadao district, after the early morning shootout that left one Malaysian policeman dead and another wounded. (Photo: Assawin Pakkawan)

SONGKHLA: A Malaysian policeman was killed and another wounded in a clash with kratom smugglers on the Malaysian side of the border opposite Sadao district in the early hours of Tuesday.

Two Thai smugglers were arrested. Three other Thais were wounded, fled to Thailand and were caught.

A Malaysian police patrol came upon an estimated 13 men acting suspiciously around 2am near the border, opposite Thailand’s Talor village in tambon Padang Besar of Sadao district.

The police patrol moved in to investigate. This led to an exchange of gunshots.

One Malaysian, Pol Cpl Baharudin bi Pramli, 54, was shot dead and Pol Cpl Norihan A/L Tari, 39,  was wounded, according to a border source.

Three smugglers who were wounded were among those who fled back across the border,  and were subsequently arrested. They were identified as Thai nationals – Sanchai Madsuwan, Arun Madsuwan and Rachen Anumarn. Mr Sanchai was the most seriously wounded. All were treated at Hai Yai Hospital.

Soldiers, border patrol police and local officials were on Tuesday inspecting the border area near the scene of the clash. It was believed the smugglers were both Thais and Malaysian nationals. They were smuggling kratom leaves.

One of the injured men, Mr Rachen, was well enough to be taken to the area to identify the clash scene and the gang’s escape route.

A source said Malaysian police had arrested two smugglers, both Thais. One was identified as Sahamadyusob Talah, 38, a resident of tambon Ban Khuan of Songkhla’s Muang district. The other man was not named.

Thai security officials were coordinating with Malaysian officers. Fourth Army commander Lt Gen Kriangkrai Srirak was due to inspoect the area later in the day, the source said. 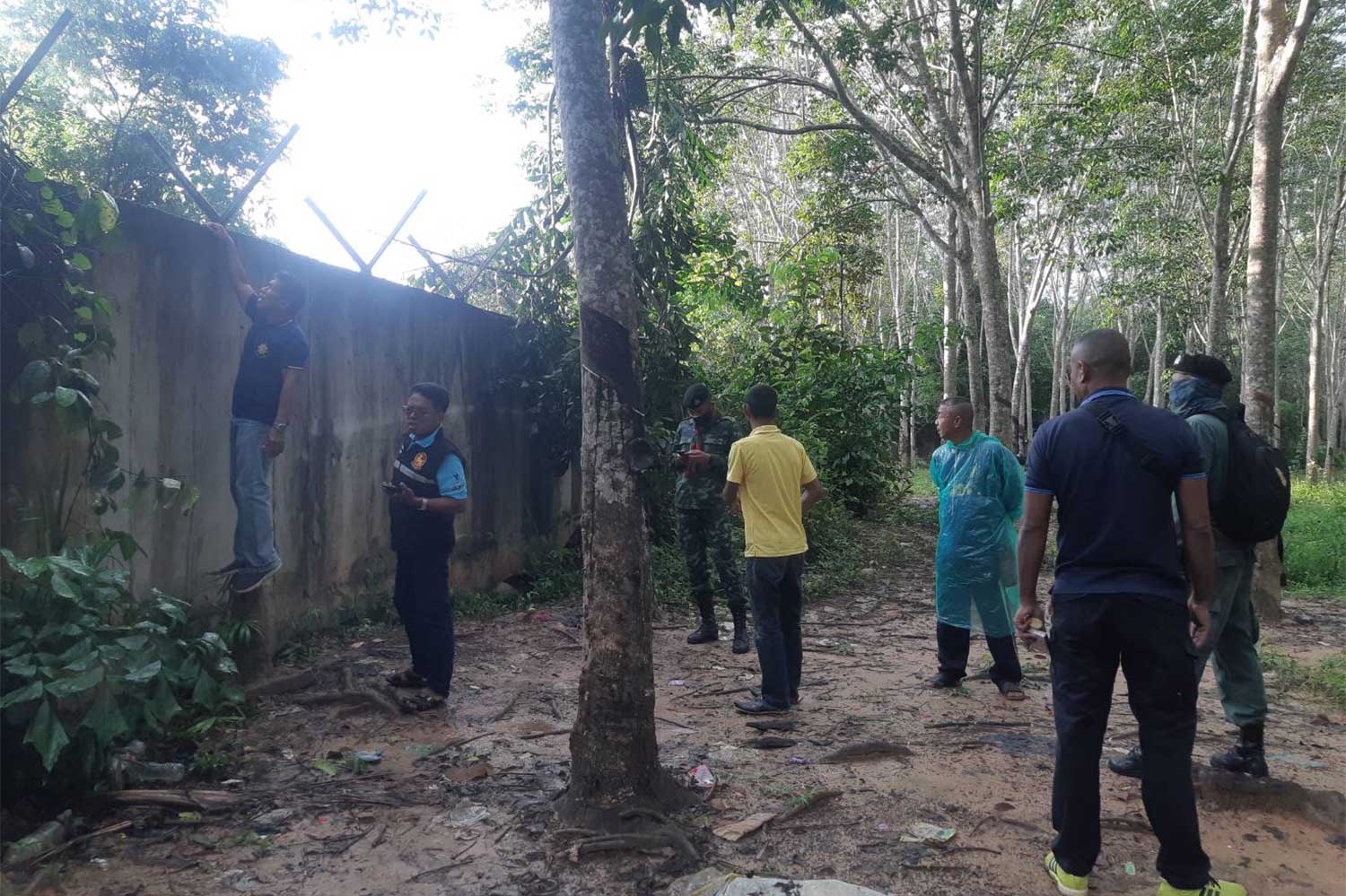 Thai officials at the border wall in Sadao district on Tuesday, near the scene of the clash nearby between Malaysian police and kratom smugglers overnight. (Photo: Assawin Pakkawan)