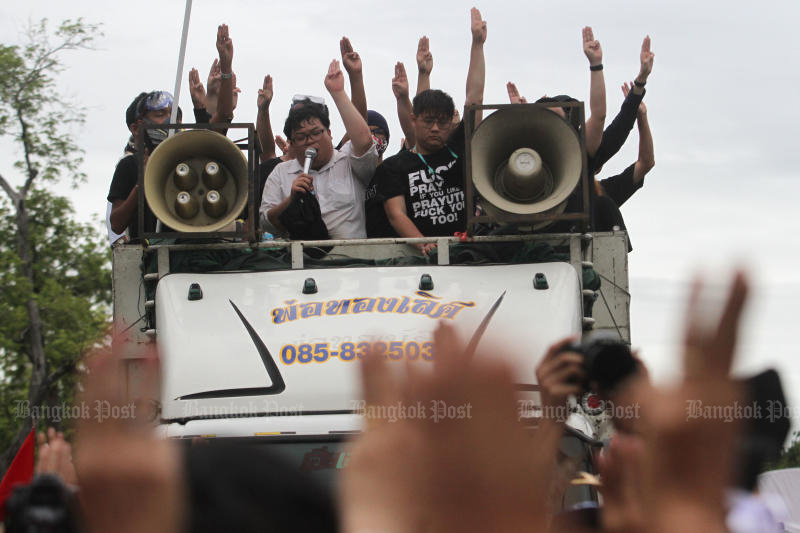 Student leader Parit “Penguin” Chiwarak talks to demonstrators before the organisers announced the end of the rally at Sanam Luang on Sunday. (Photo by Wichan Charoenkiatpakul)

After the United Front for Thammasat and Demonstration rally ended peacefully on Sunday morning, Prime Minister’s Office Minister Anucha Nakasai asked the media to report the ongoing political situation in a straightforward and neutral way avoid causing division in society.

As the minister in charge of state-run media, Mr Anucha said he had instructed the media outlets under his supervision to report political events in a straightforward manner and would like other media to do likewise.

As for the demonstrators, Mr Anucha said they should be careful not to do anything which could be deemed illegal or provocative because democracy does not permit anyone to break the law.

He said Prime Minister Prayut Chan-o-cha has instructed authorities to be careful to prevent violence which could be harmful to protesters, particularly students.

Mr Anucha said he believed the government is ready to consider all suggestions for the good of the country and the majority of people.