Mother of activist ‘Penguin’: Fight to the end

Sureerat Chiwarak (inset), the mother of student activist Parit, joins the march from Nakhon Ratchasima to Bangkok to call for the release of the Ratsadon group leader. (Photo: Prasit Tangprasert)

The mother of detained activist Parit “Penguin” Chiwarak on Saturday urged her son to “fight to the end” as she joined pro-democracy demonstrators marching from Nakhon Ratchasima to Bangkok.

Sureerat Chiwarak said her son had taken part in numerous rallies to fight for his future and that of the nation. Now, she said, it was her turn.

“As a mother, I also want him to have a bright future like other parents who hope for the better future of their children,” she told reporters covering the march by the “People Go” movement.

“Penguin, you are my heart. Don’t worry about me and your younger siblings. All are fine. Don’t feel discouraged as many people are sending you enormous encouragement.

“I want you to be released on bail so you can fight outside to show your sincerity that you are fighting for the righteousness for the sake of the nation.”

Ms Sureerat also gave her encouragement to the other three detained protest leaders from the Ratsadon (People’s Movement) group. 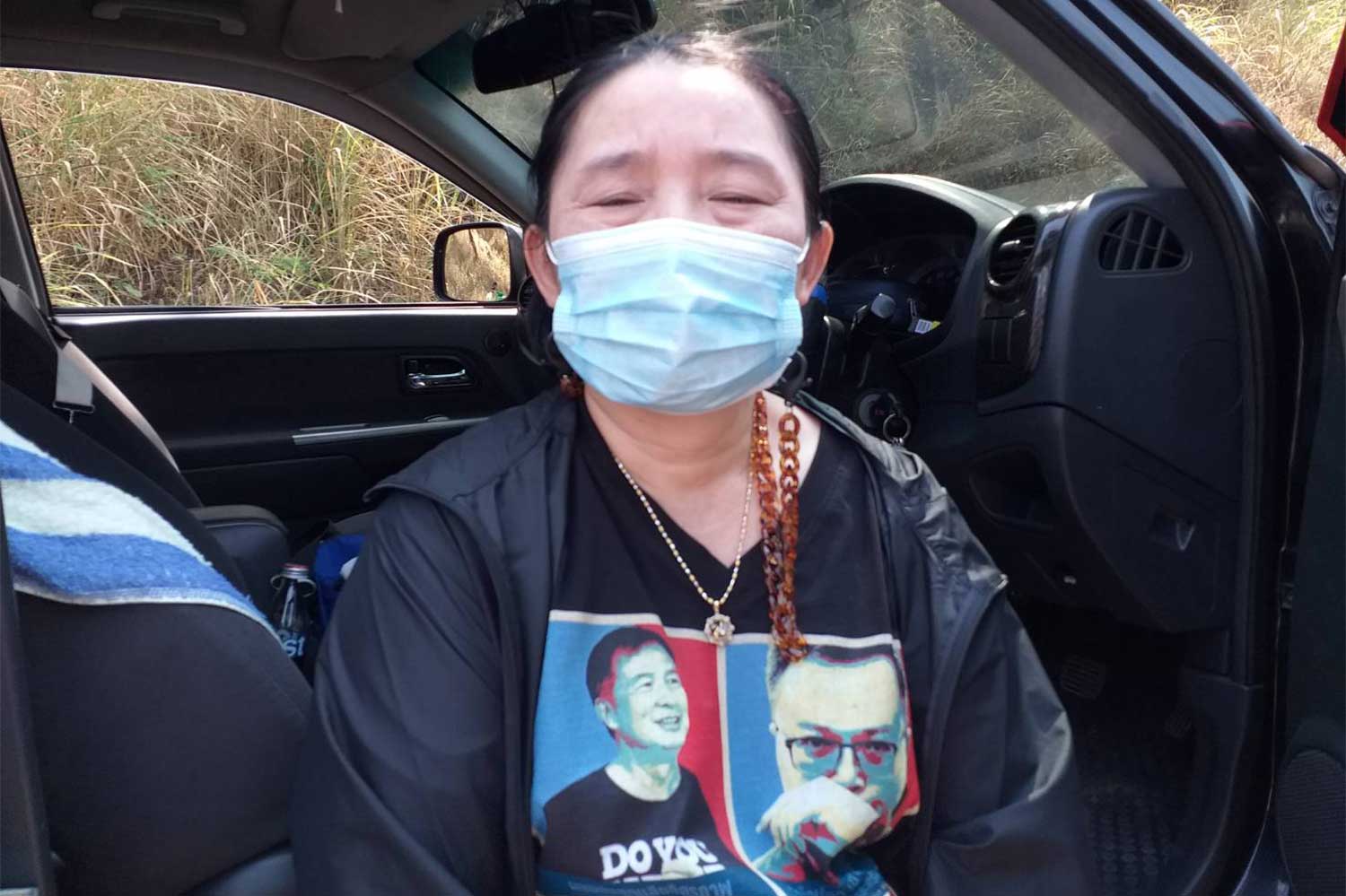 The marchers are calling for the release of the four activists, who have been detained on various charges, including lese majeste and sedition, over their roles in anti-government rallies.

Marching along Mittraparb Road to an area beneath a motorway bridge along the Lam Takhong reservoir in Pak Chong district, the group was joined by 20 more people on Saturday, bringing the total on the long trek to Bangkok to 70.

Led by Jatupat Boonpattararaksa — the Khon Kaen activist known as Pai Dao Din who spent two years in prison for lese majeste — the group started the 248km march from the Thao Suranaree monument in Muang district of Nakhon Ratchasima on Tuesday.

The four are awaiting trial on charges stemming from a rally at Thammasat University and Sanam Luang in Bangkok on Sept 19 last year. They have been denied bail twice, with the court reasoning that they face serious charges and had shown a tendency to repeat the offences in the past.

According to Thai Lawyers for Human Rights, a total of 58 people have been charged with lese majeste since its use was revived in November, after two years without any cases filed under the royal defamation section of the Criminal Code. 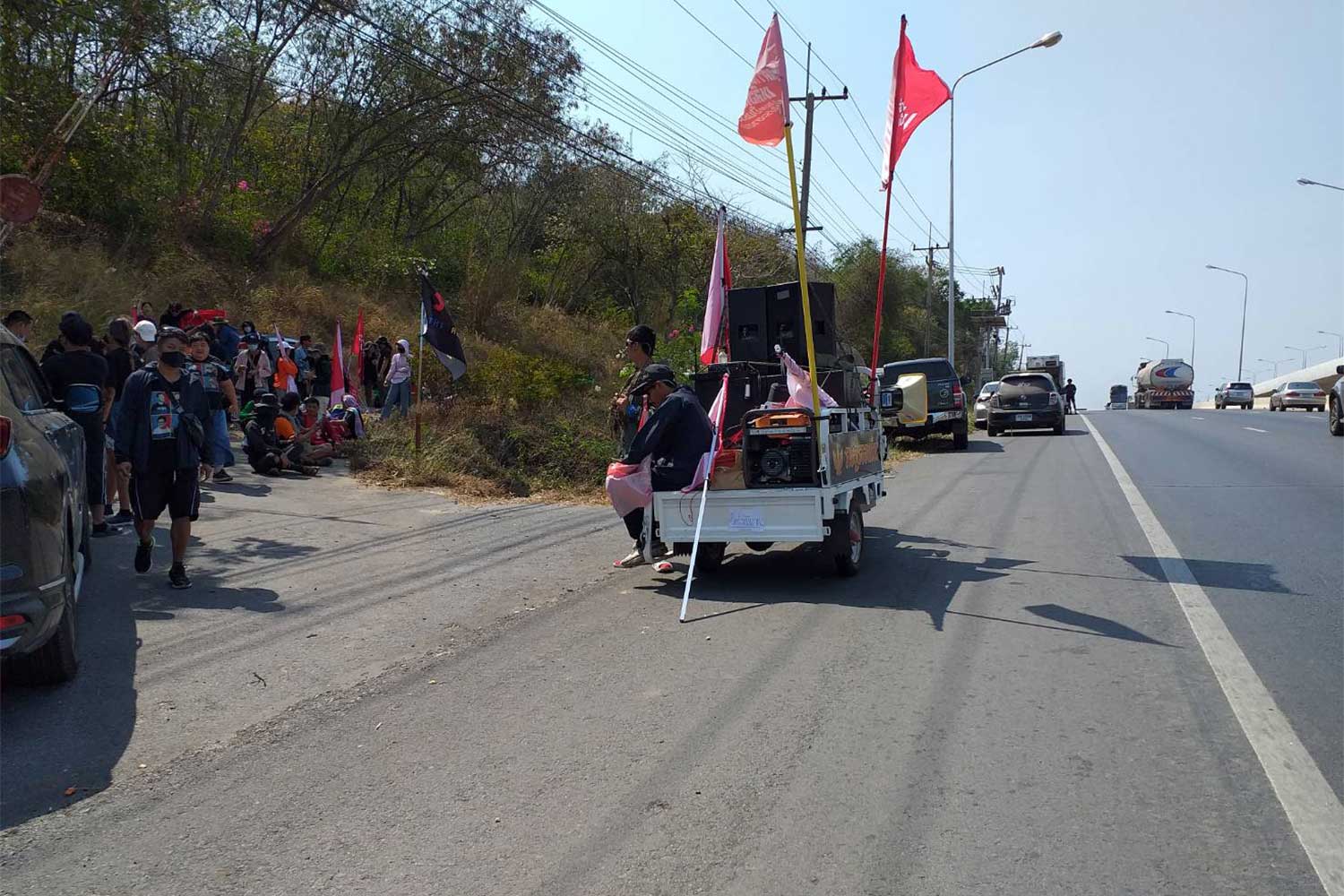 Demonstrators take a rest along the route before continuing their march from Nakhon Ratchasima to Bangkok on Saturday. (Photo: Prasit Tangprasert)