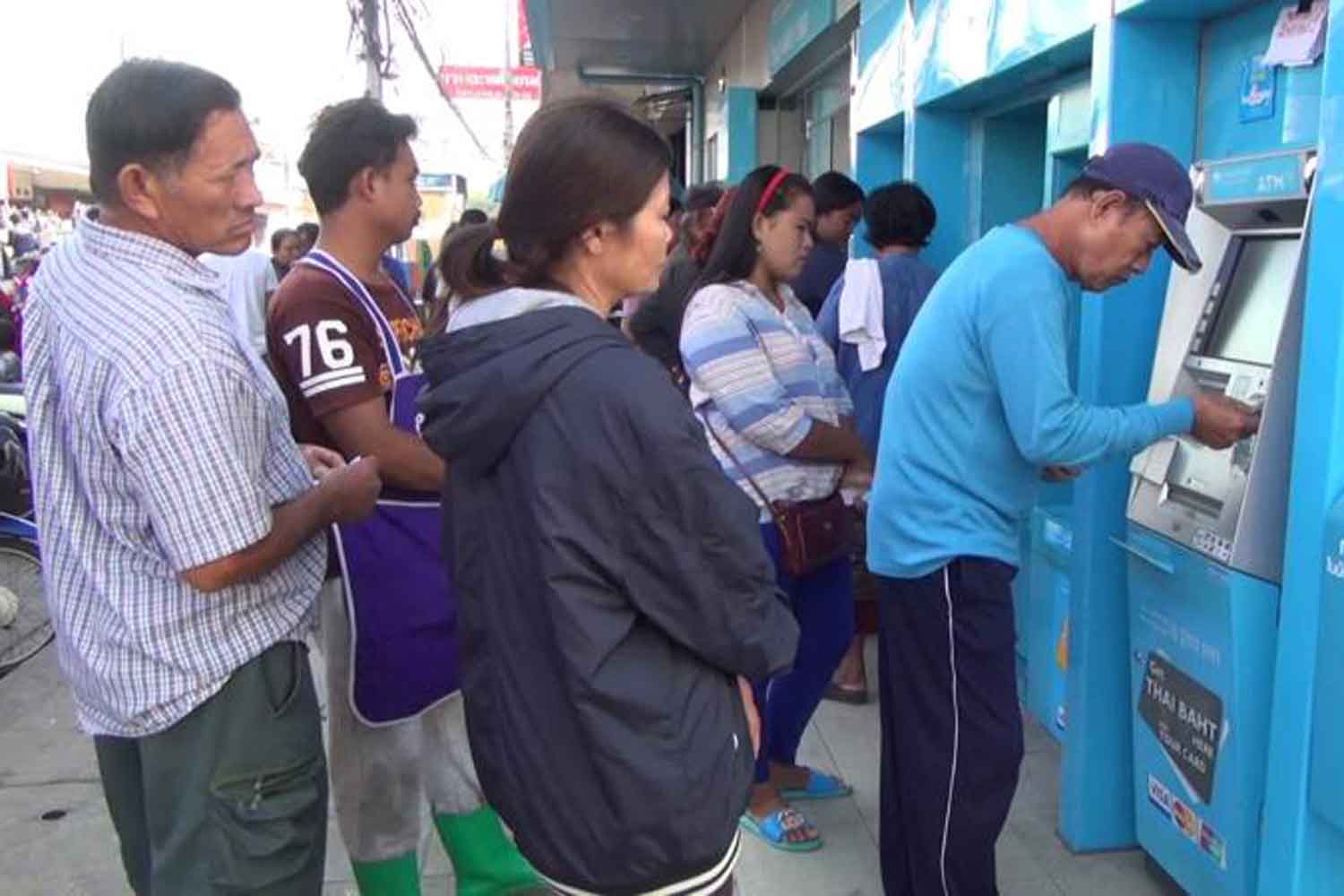 Holders of state welfare cards queue to withdraw money from ATMs in Buri Ram province. The government will increase its financial assistance, to inject more money into the economy. (File photo: Surachai Piragsa)

The government has approved a 3,000-baht handout to 10 million people, mostly people on low incomes, which must be spent in the last quarter of this year, to help boost the virus-hit economy.

The 30-billion-baht budget for the handout is part of a 51-billion-baht package approved on Wednesday. The remaining 21 billion baht will go to 14 million welfare card holders, who will each get 500 baht more every month for three months from 1,000 baht currently.

The government’s Centre for Economic Situation Administration made the decision at a meeting at Government House on Wednesday.

Prime Minister Prayut Chan-o-cha said after the meeting that the most important thing at this time was to help low-income earners, while maintaining government and private investment in projects that would generate a sustainable national income in the future.

Economic support measures were necessary because no one knew when the coronavirus disease crisis would end, he said.

Kanchana Tangpakorn, director of the Bureau of Tax Policy, said the cash handouts would be in two parts.

Step one would increase the monthly financial assistance paid to 14 million holders of state welfare cards by 500 baht for three months, from October to December.

The other would be a 3,000-baht cash handout for 10 million people, who must register to receive it.

Recipients could spend it at a rate of no more than 100 baht a day, or 3,000 baht a month, to buy food, beverages and general goods (excluding lottery tickets, alcoholic drinks, tobacco and services) from small vendors. The scheme did not cover convenience-store franchises.

Spending was set for between Oct 23 and Dec 31.