RATCHABURI: A suspected major online wildlife trader has been arrested and items including pelts of wild tigers and leopard cats, barking deer antlers and animal bones seized during a raid on a house in Pak Tho district.

Wildlife officials had set up a sting to arrest a man named Thanasit, who is alleged to be a major wildlife trader on Facebook, Mongkhol Chaipakdi, chief of the Phaya Sua task force, said on Thursday.

He did not disclose the man’s full name, but Thai media identified the wildlife trader as Thanasit Sripatchim.

An official was assigned to buy leopard pelts from the trader.

When Mr Thanasit showed up with six boxes containing wildlife parts at a parcel service depot in Ratchaburi, a team of wildlife officials led by the Phaya Sua task force, also showed up – and arrested him. 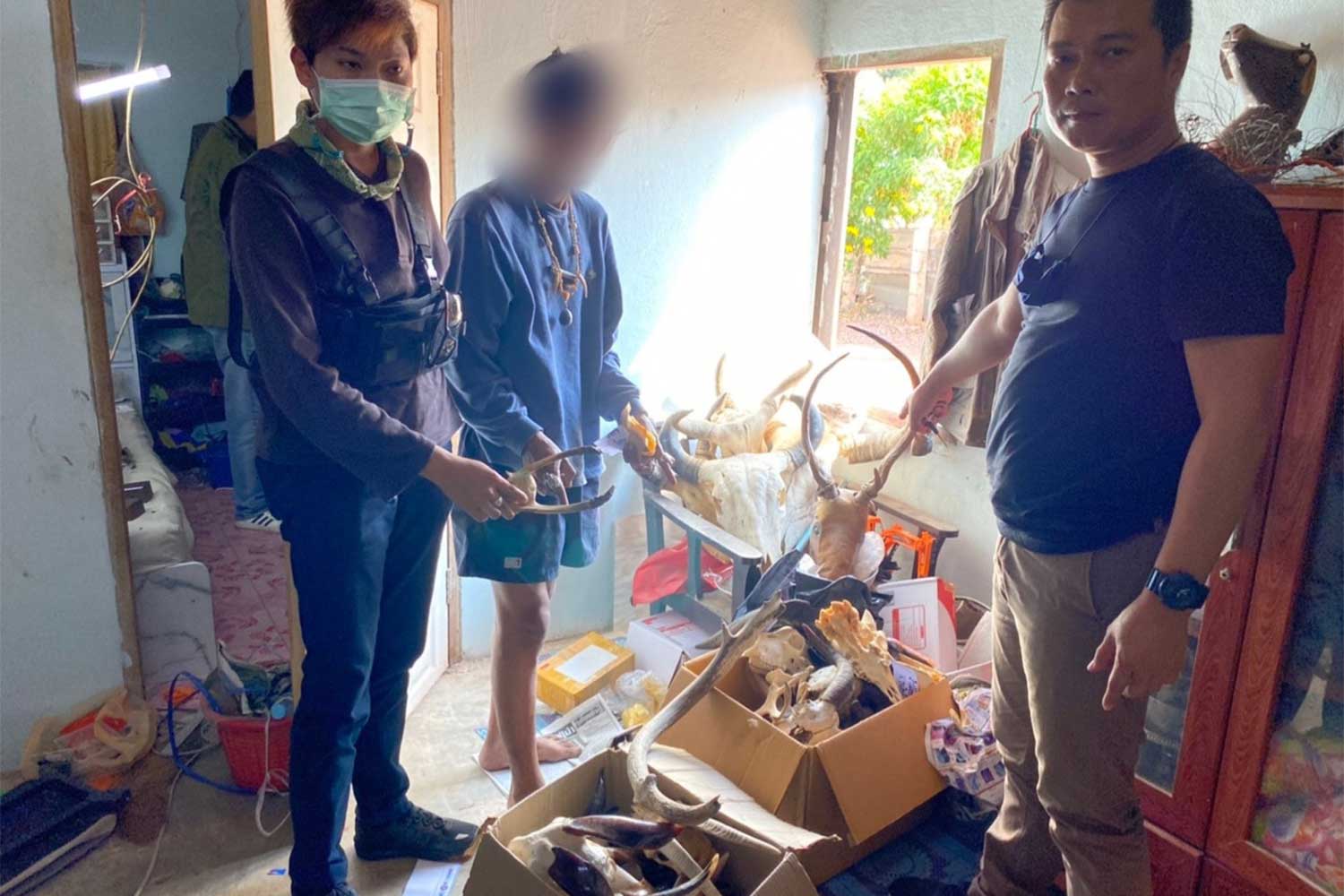 A search of his house led to the seizure of pelts, antlers and other parts of 30 kinds of wildlife. They included two leopard cat pelts, 189 skins of Malayan porcupines, 20 barking deer antlers, pelts of wild tigers and six stingray tails.

In a post on its Facebook page, the Department of National Parks, Wildlife and Plant Conservation’s PR team valued the seized items at 124,620 baht, but did not say how it calculated such a precise figure.

If found to have commited a more serious offence against protected wildlife in a reserve, an offender faces up to 15 years in jail and/or fine up to 1.5 million baht.

Mr Thanasit was handed over to Thung Luang police station in Pak Tho district for legal action.