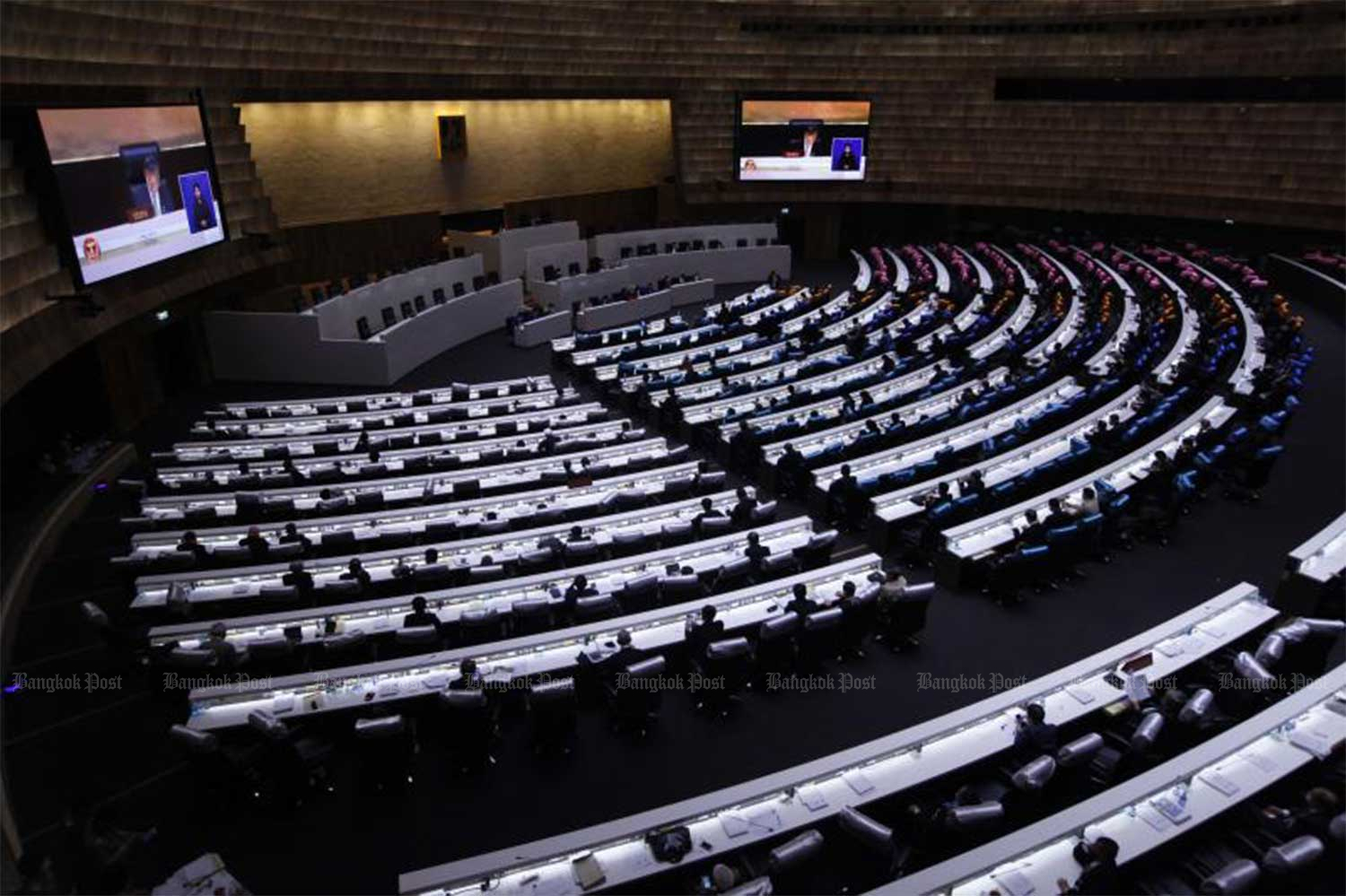 MPs and senators attend a Parliament meeting on Nov 18 to vote on charter amendment drafts.(Photo by Pattarapong Chatpattarasill)

A joint sitting of MPs and senators is tentatively scheduled to take place next week to deliberate a bill on a national referendum, Parliament President Chuan Leekpai said on Tuesday.

Mr Chuan said he, Senate speaker Pornpetch Wichit Cholachai, as well as the chief government and opposition whips, all agreed at a meeting that a debate on the bill should be held on Dec 1.

The bills propose to amend Section 256 to make way for the setting up of a charter drafting assembly (CDA).

Among the amendments requiring a referendum are changes to Chapter 1 which contains general provisions, Chapter 2 on the monarchy and Chapter 15 on how the constitutution in effect now can be amended, including Section 256.

The panel was formed after parliament voted to accept two charter amendment drafts in the first reading. They were proposed by the coalition and opposition parties respectively.

Move Forward Party MP Rangsiman Rome said on Tuesday even though the government draft would be used as the main charter amendment bill, the content in the opposition-backed draft would also be considered.

Mr Rangsiman, also a member of the charter draft examination panel, questioned whether the public would want to join the charter rewrite process if the proposed CDA included appointees, instead of all being directly elected.