Phra Maha Paivan Worawano, one of two celebrity monks in hot water over a live-streamed talk show laced with political messages and giggling in September, left the monkhood on Friday.

The two monks engaged in a casual conversation, cracked jokes and poked fun at current affairs and politics.

The 30-year-old monk of Wat Soithong in Bangkok’s Bang Sue district posted a message and photos of him leaving the monkhood, prostrating himself in front of senior monks at the third-class royal Buddhist temple, on his Facebook page on Friday morning.

His buddy monk, Phra Maha Sompong Talaputto of the same temple, was among the senior monks present at the ceremony.

One poster said, “It is both a delight and breathtaking to see images of him leaving the monkhood. However, some said he made the right choice to be a layman, so he could fight for justice in a new way.”

Another said, “Whatever status he holds, a good man is still a good man.”

In September, Phra Maha Sompong and Phra Maha Paivan found themselves in trouble over their live-streaming session full of puns and political wisecracking.

During the talk show, they burst out giggling and laughing and made satirical references to the government.

They attracted a growing audience. At one point, more than 200,000 people were watching.

Paiboon Nititawan, a Palang Pracharath Party MP and deputy chairman of the House committee on religion, said then he personally thought the two monks had acted inappropriately in hosting the talk programme.

They were accused of bringing the monkhood into disrepute by mocking the government,

On Sept 7, PM’s Office Minister Anucha Nakasai said the Supreme Sangha Council would decide if the two monks should be punished.

The drama surrounding the show was later settled after the two monks appeared before the House committee on religious affairs on Sept 9.

The monks explained themselves and agreed to tone down their dhamma show, with less giggling and more straight talk.

“I bless you Ai Thid. Enjoy the wealth you have accumulated while in the monkhood and survive all dangers associated with your remarks,’’ Mr Srisuwan wrote.

“Thid” is a word for a monk who has just left the monkhood, but “Ai” is an impolite form of address to anyone but a close friend.

Mr Srisuwan is at odds with the former monk. He earlier said donated money and assets must be returned to the temple if the monk left the monkhood. 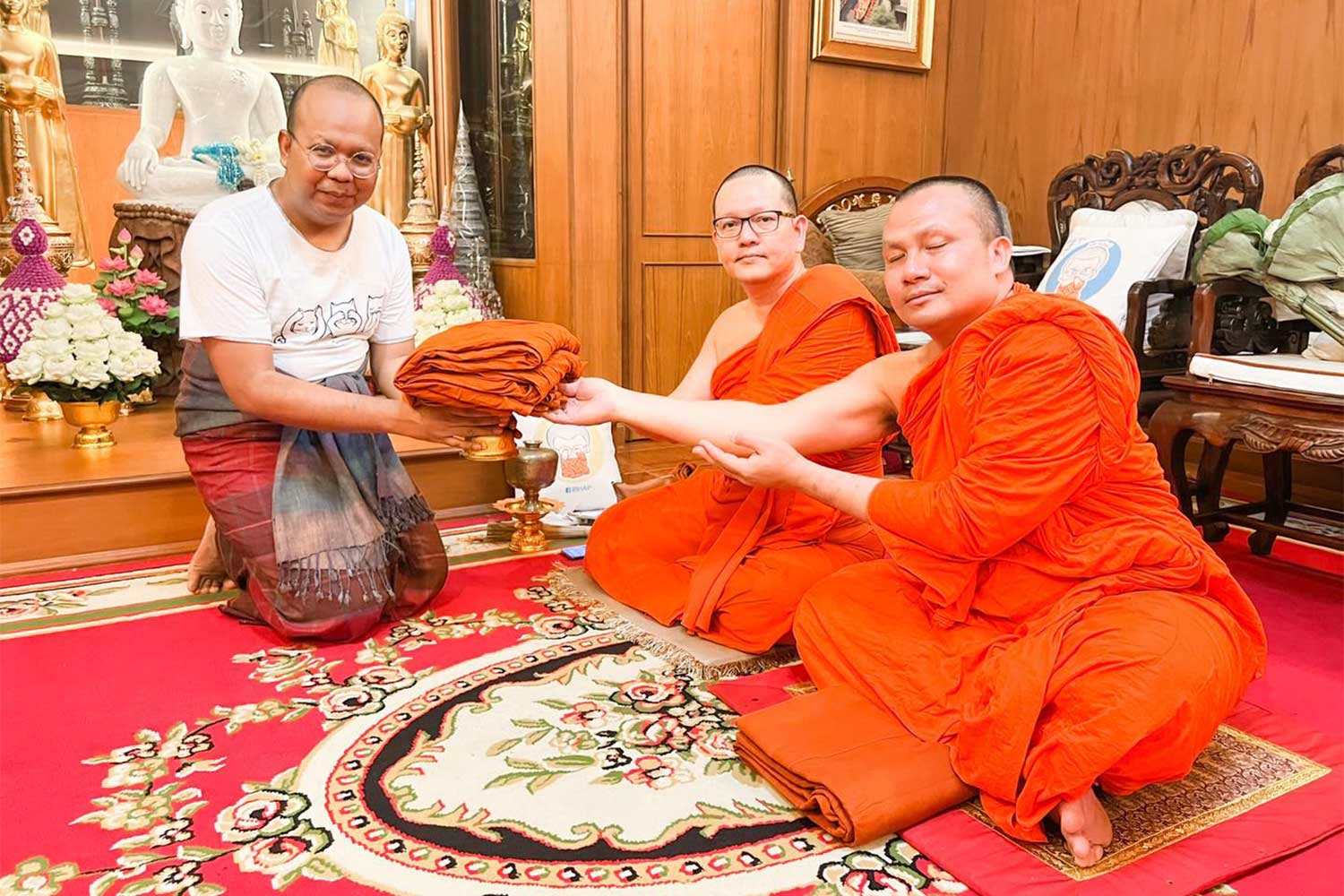