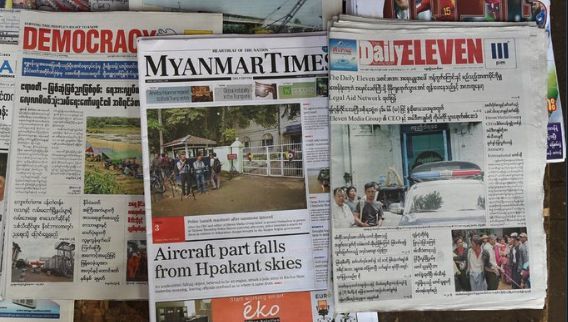 Thailand’s Department of Disease Control remains on alert, and patrols increased along the Thai/Myanmar border, as Thailand’s western neighbour continues to register a spike in new Covid 19 cases – between 430 and 670 people each day, over the past 4 days. The DDC director-general Suwannachai Wattanayingcharoenchai told Bangkok Post that Thai “business operators should stop hiring foreign workers, especially Myanmar people, to help prevent a second wave of Covid-19 infections in Thailand.”

Myanmar’s number of confirmed cases has now reached 7,177 with 129 Burmese succumbing to the virus at this stage. Yesterday the four national papers suspended circulation, waiting out the sudden surge of cases.

Further west, in Bangladesh, the country is registering 1,600 – 1,800 new cases per day, but falling, and India, which is still registering 75,000 – 97,000 cases per day (over the past week), is likely to surpass the US total in the next few months if the present case trends continue.

The fluid borders in the region continue to worry Thai officials who are scrambling to better secure the long border between Thailand and Myanmar, which runs from Chiang Rai in the north to Ranong in the south. Even Malaysia, to the south of Thailand, has had a recent spike of new cases, some of the outbreaks in the northern Malay state of Kedah which shares Thailand’s southernmost border.

Myanmar’s largest city, Yangon, is now in a deep lockdown, including directing people to stay home, except for emergencies or to buy food, most schools around the city are now closed and residents are not allowed to visit neighbour’s homes and 2 people outside is considered a ‘gathering’.

Meanwhile the border checkpoints have become busy where Burmese are trying to cross into Thailand as fears sweep their country about the rise of the cases. The DDC chief says that “tough legal action will be implemented against those found to be involved in human smuggling gangs”.

In another case, a 2 year old Burmese child tested positive for Covid-19 after leaving Thailand. A report from Thailand’s Ministry of Public Health Disease Control Department says the child most likely contracted the virus while travelling from Thailand to Myanmar around September 4 to September 10. The family travelled to Mae Sot and entered Myanmar through natural passageways. 2,635 people in Mae Sot tested negative for Covid-19.

In some border districts, police have placed barbed wire along the leaky jungle border to deter people from crossing the 2,000 kilometre-long border illegally. Security has increased and dozens of migrants have been arrested in the past month for trying to cross into Thailand illegally. Even volunteers have stepped up to patrol the borders. No migrants arrested for allegedly crossing the border have tested positive for the virus at this stage.