SURAT THANI: Three people were killed and another seriously hurt when a 10-wheel lorry rear-ended a trailer carrying trees and another lorry loaded with old car tyres rammed into them, causing it to burst into flames in Khian Sa district early Tuesday.

The fatal crash occurred on the Surat Thani-Krabi section of Highway 44 in tambon Aranyakhamwaree at around 4.30am, said police at Khian Sa police station.

Firefighters were deployed to the scene to combat the fire, which was ravaging through the tyre lorry and the 10-wheeler. The tree lorry plunged into a roadside ditch.

It took about an hour to put the fire under control.

Three people, whose names were not yet known, were found dead and one was seriously hurt. The injured man was identified as Pornpipat Phutthasen, 58, of Krabi. His right leg was broken and his left leg was in very bad shape. He was rushed to Surat Thani Hospital.

According to an initial police investigation, the tree trailer was travelling along the route before the 10-wheel lorry rammed into it. The third truck carrying old car tyres then rammed into the 10-wheeler, sparking flames.

Surat Thani Witchayut Jinto ordered officials from the provincial disaster prevention and mitigation office to analyse the cause of the crash and find measures to prevent road accidents at the spot. 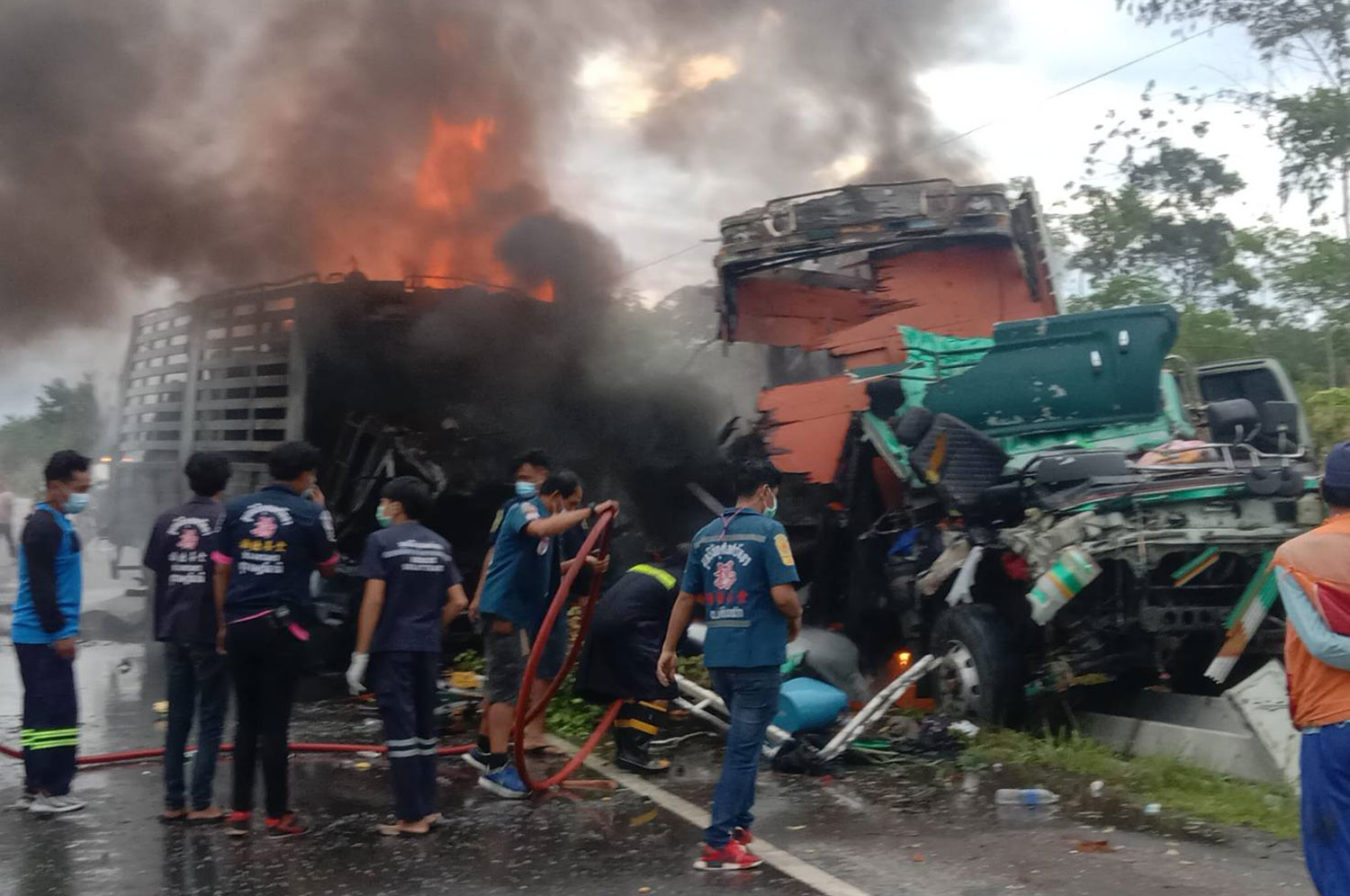