SURAT THANI: The drivers of two vans were arrested when nine of the 16 Myanmar passengers in their vehicles were found to be illegal migrants.

Their vans were stopped and searched by Immigration police and local officials at a petrol station in tambon Khlong Sai of Tha Chang district late on Wednesday night.

There were nine others, including a 5-month-old baby and 12-year-old child, in the second, driven by Rungthiya Boocha, of Chai Nat’s Manorom district.

Seven of the passengers had documents to enter the country legally. The nine others were illegal migrants. (continues below) 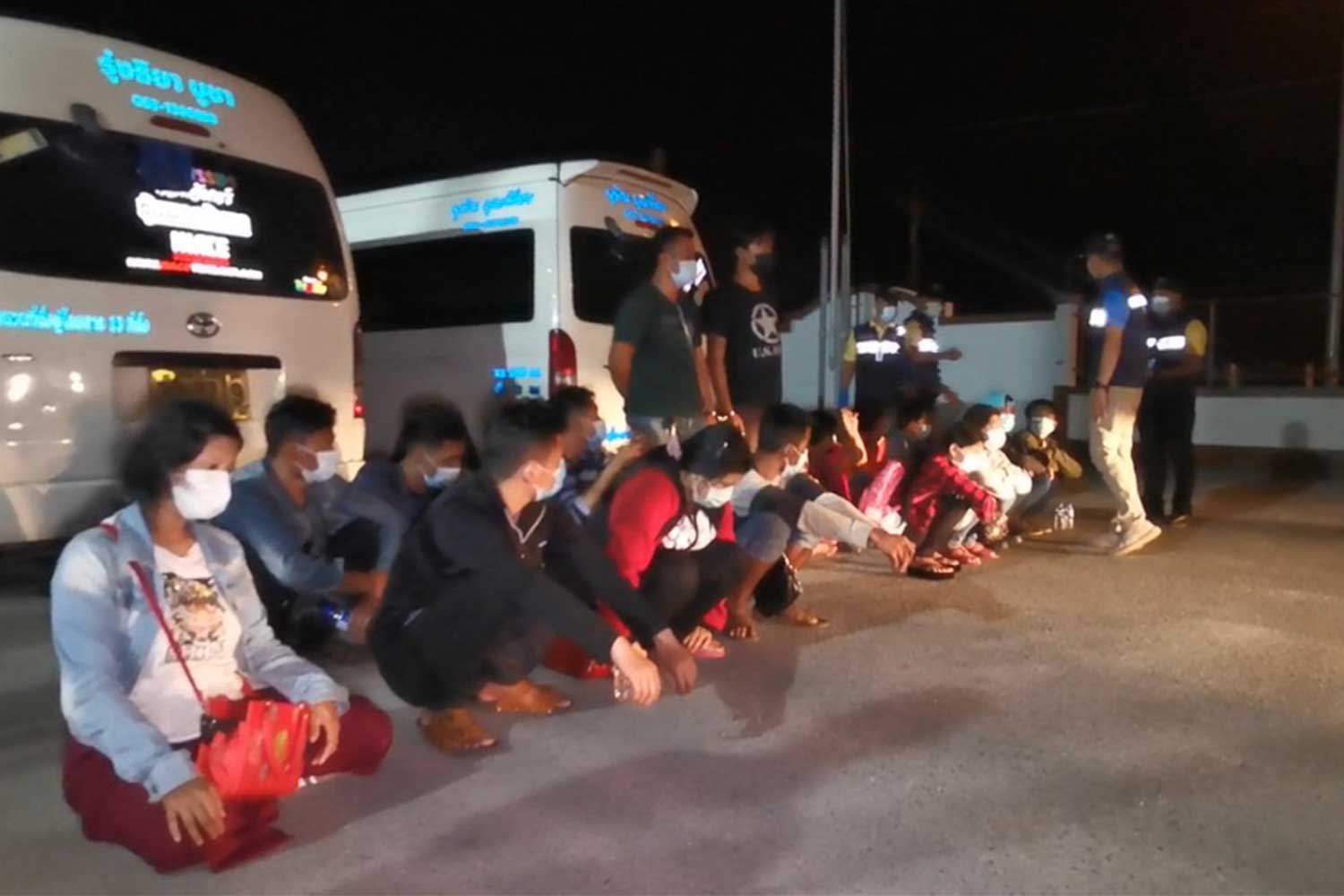 During questioning, Mr Phitsanusin admitted the passengers were part of a group that had travelled from Malaysia, police said.

They had waited for him and another van driver to collect them. He had picked up passengers in Songkhla (6 people), Krabi (3), Phuket (4), Phangnga (2) and Surat Thani (1).

The other van took off with its Myanmar passengers before the arresting team arrived.

Mr Phitsanusin said he drove his van to the petrol station to transfer passengers to Mr Rungthiya’s van, in which they planned to travel to Bangkok and Samut Sakhon province.

All suspects were taken to a local health office for Covid-19 tests before they were handed over to Tha Chang police station for legal action. They faced charges of violating the Communicable Disease Act, the emergency decree and the Immigration Act.