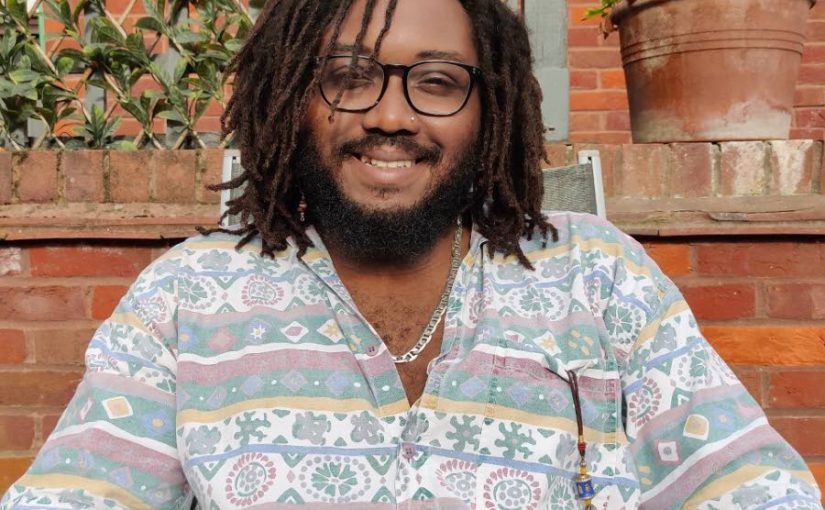 AS TOLD TO BC PIRES

My name is Basti and I moved away from accounting to get into DJing.

My full name is Justin Lovell-Bastien but nobody has called me anything but Basti since my Queen’s Park Cricket Club hockey coach, Raffie Govia, called me that in my first training session. It just stuck on the team and became a thing in school.

I was born in England, in London, but I’m not really sure of the environs.

I come from Maraval, where I mainly grew up.

In England, we grew up in a place called Sudbury.

My mom, Marty (short for Martineze), from Jamaica, met my dad, Efrem, from South Trinidad, in the Caribbean diaspora in England.

Dad is in Trinidad now. Mom is in Bournemouth.

I don’t remember much about my English childhood.

I think I was around three, four, five when we moved to Belmont. Where we had some family connection.

And then I kind of moved back and forth between England and Trinidad.

I started off at Holy Name Prep, moved to Blackman’s Private School and then did the full seven years at St Mary’s College, CXCs and CAPE.

I did business, economics, accounts, Spanish, history, literature… I’m forgetting some, because I have nine subjects.

At CAPE, I did business, literature, history…I swear there was another one…

I was born a Catholic but have grown up to, well, not favour religion too much.

I’m still working on what I believe in, just learning.

But I’m not a heavy person who believes in the existence of a god or higher power. I more believe in the powers of the universe.

I don’t have any children and, right now, I don’t feel like having children. Like, ever. I’m that concerned about the state of the world, the planet, our economy and our environment.

I started a finance and business degree at Bournemouth University and was in halls (of residence) for a year.

But then my mother got breast cancer. And I felt guilty for my parents to be paying that amount of money for my education. While my mother should have been the focus. I felt my education could wait.

The book series Eragon really stuck with me but the books I read at St Mary’s, like Earl Lovelace, didn’t, because it was all schoolwork.

I don’t like being told what to do. Even read.

I would very much like to get back into reading (but) my attention span right now, it’s very hard for me to sit down and read. Covid has this effect. It’s been rough.

It was so stupid for the English government to lift covid restrictions on July 19.

My friends in Bournemouth were, like, “Yeah! We can go clubbing!”

I don’t trust it at all, even though I’m double-vaccinated, etc etc. There’s still too much covid about.

Sadly, most Trini dunces are in higher power positions.

And have a voice.

And are listened to!

The music that means the most to me right now is Frank Ocean. He does more R&B, soul, alternative.

In St Mary’s I was more listening to house music. Because when I was around 13, I started working on editing different house songs together to make mash-ups and post them on YouTube.

Trinidadians can be very, very stagnant in all ways, shapes and forms. They just don’t like change.

In October, when I start my degree, I’ll be learning to do beats and all that stuff. I start with a foundation year and then the course should be three, four years in total.

I hope to be an international DJ and music producer.

And, yes, BC Pires, I know that is like saying, “I hope to play for Man City.” But I don’t think it’s that hard, really. You just have to: 1, be motivated; and 2, follow the right avenues.

Like you have 20 Premiership football teams – but you have three divisions of football below that! I don’t have to be at the best club in London, I could be at
one of the many clubs in London.

(To move up in the music business) you just have to keep your eye on the ball and keep your ear out for everything. There are different things you can do, different competitions you can enter.

I’m someone who deeply believes that everything happens for a reason. And I just kinda feel, how my life has progressed so far, that the universe kind of shows me signs that I am exactly where I am meant to be.

Sometimes I might ask myself, “Why did you do this? Why did you choose to go there? Why am I here now?”

And then something small might happen and I’ll think, “Oh, this is why!”

The best thing about following this DJ path is a mixture of doing something I love and it being all me. I choose how it goes. I create everything.

And I’m also getting to express myself at the same time as well too.

The bad thing is, I guess, the waves of uncertainty sometimes.

As much as nothing is guaranteed, what I’m trying to go into is even more less-guaranteed than other things.

I’m going into student debt, but I don’t have a secure job structure when I’m finished. I have to do a lot of work during my degree so that, by the time I’m done, I can start paying down debt.

A Trinidadian is special because they experience so much culture right at home. You know what Divali is, what Christmas is, what Hosay is.

But a Trini is more than just multicultural.

To me, TT, apart from being my home, is where I go to be my full self. It brings out the best and worst in me. Trinidad isn’t perfect, but it has a special vibe and energy.

I’ve travelled a lot around the world and haven’t been able to find a place that comes anywhere near to making me feel how I feel when I’m in Trinidad.

Read a longer version of this feature at newsday.co.tt

The post A mash-up called Trinidad appeared first on Trinidad and Tobago Newsday.