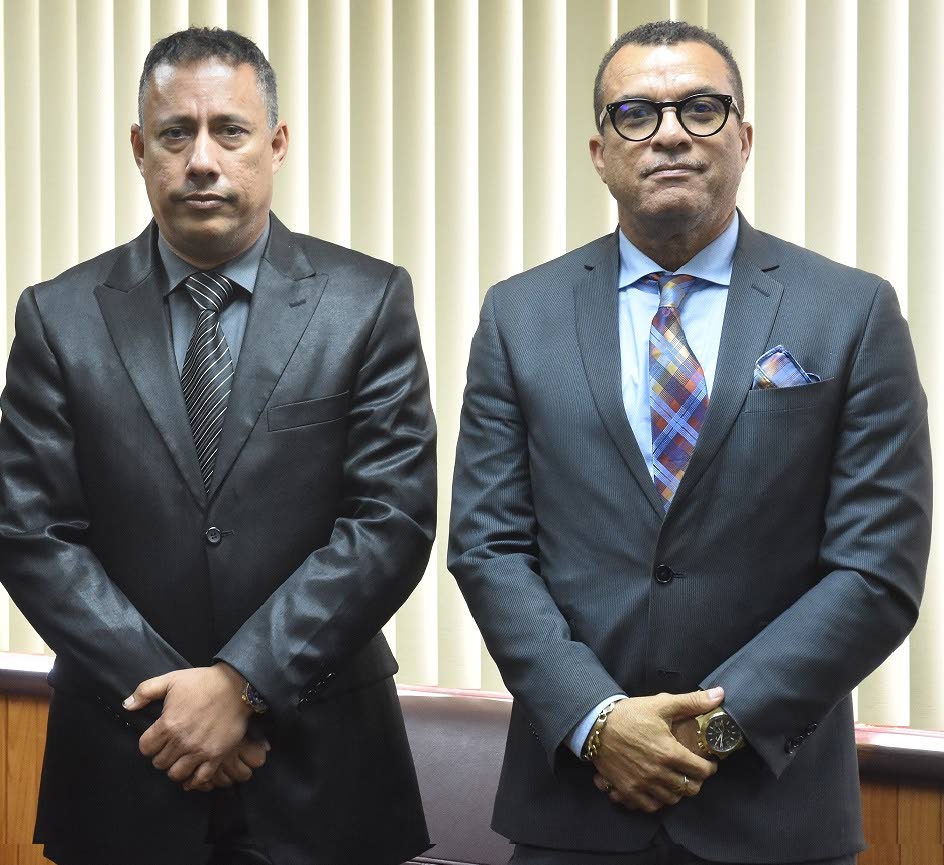 THE FILE on the criminal investigation against a senior police officer who is accused of collecting over $2 million from a group of business owners is now before by the Director of Public Prosecutions.

The CoP was briefed by director of the Police Complaints Authority David West on Tuesday. Griffith intends to appoint a senior police officer to build on the PCA’s recommendations.

The funds involved were purportedly to be used to offset the cost of official police social events.

The situation is unlike a recent scenario in which Griffith said he was constrained to initiate a disciplinary proceeding against Hackshaw on claims that he worked as a security consultant while on vacation, reportedly without the permission of former commissioners Stephen Williams and Harold Phillip.

Last month, Griffith said he could not act as “judge, jury and executioner,” as there were no senior officers apart from himself to initiate, hear and pronounce on the disciplinary matters against Hackshaw.

Hackshaw is scheduled to retire in early November.

The disciplinary proceedings, if not completed before Hackshaw retires, will no longer be applicable when he leaves the service, but possible criminal charges arising out of the PCA’s recommendations could be laid.

Legal sources said the new probe would centre on possible offences of misbehaviour in public office and others under the “explain your wealth” laws.

On May 28, a separate police investigation by ACP William Nurse into the allegations the PCA considered produced no evidence to support any allegation of criminal behaviour. A voluminous binder containing several documents was displayed to the media.

The PCA subsequently said its probe into the financial transactions made by Hackshaw between 2014 and 2019 was ongoing.

It was Phillip, now retired, who raised concerns about numerous deposits into more than 15 personal bank accounts belonging to Hackshaw and the matter was referred to then head of the Professional Standards Bureau, ACP Totaram Dookhie, for an investigation. The case was passed on to Nurse after the CoP sent Dookhie on leave.

Griffith alleged that elements in the police, including Dookhie, and other people, including a journalist, were conspiring to get him out of office.

Dookhie was also investigating a complaint from Cocorite resident Cecil “Squeeze” Skeete that Griffith assaulted him at the Four Roads Police Station. In an affidavit, Skeete later recanted his story, but subsequently said he was forced to do so. He was murdered outside his Cocorite home on December 29.

The PCA is still investigating a complaint related to Skeete’s case.

After returning from leave on June 29, Hackshaw transferred Dookhie to an outpost at Camp Cumuto, a facility run by the regiment, to run the Police Manpower Audit.

Hackshaw was also investigating Dookhie on three disciplinary offences initiated by the CoP, which accused him of misleading the CoP by saying he was not investigating financial impropriety by an ACP relative to firearms; wilfully or negligently misleading the CoP by stating that Snr Supt Joey Samaroo, of the Professional Standards Bureau, was investigating the affidavit of Skeete and the allegation of conspiracy to bring down the sitting commissioner; and flagrantly disregarding instructions by the DCP to go on six months’ vacation leave and prepare a report saying why be believed the instruction should not be followed.

Another senior officer will now have to take over that investigation, since Hackshaw has been suspended.