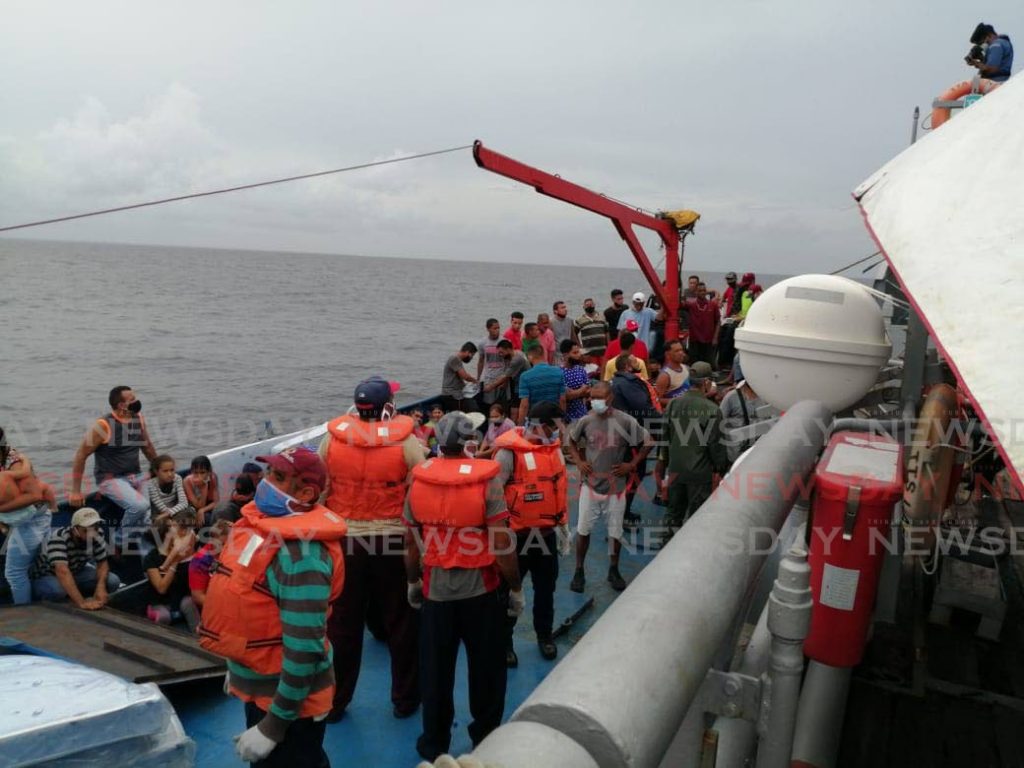 ATTORNEY Nafeesa Mohammed is calling on the authorities to find and return a group of children who were repatriated back to Venezuela without their parents on Sunday.

She said the children, who ranged from four-months to six-years, were detained since last week Tuesday at the Erin Police Station. “The matter came up a while ago and we filed a writ of habeas corpus. When we got word they were being moved out of the Cedros police station, the judge was kind enough to move the matter up from 2 pm to 12.30 pm, but before 12.30 pm, we got information and pictures of the children on two pirogues.

“The relatives were not able to see any registered names on the boats and the boats came in out of the port in Cedros. Who is in control of that boat? The children were in custody of the police and it begs the question of who was responsible for taking them out knowing that court proceedings were being pursued,” Mohammed told Newsday.

She said the boats had no covering and there was rough weather in both Trinidad and Venezuela.

“Those children are out in the open seas and we have no idea where they are, and this was after communication had been made with state officials that court proceedings have been commenced.

“A writ of habeas corpus is a serious matter in law, we were asking for the basis under which the children had been detained. I am peeved that state officials would have done this by stealth and tried to get them out of our territorial waters instead of coming before the courts and accounting for their detention,” she added.

Mohammed said the children’s parents were still in Trinidad, some of whom are registered while others were UNHCR (United Nations High Commission for Refugees) card-holders.

“When it comes to asylum seekers and refugees, the law is very different from the normal course of things. You don’t take solely a law enforcement perspective, you have to balance it with a humanitarian and human rights approach. It is really a situation involving children where special considerations ought to be applicable,” she said.

Mohammed said having been approached by relatives to help, she cannot turn a blind eye. “By becoming involved in this matter as an attorney, we have a duty to respect and uphold the law, and when it comes to children, the reunification of children is a critical component, and it is against that background that I am seeking justice on behalf of the relatives of these children.”