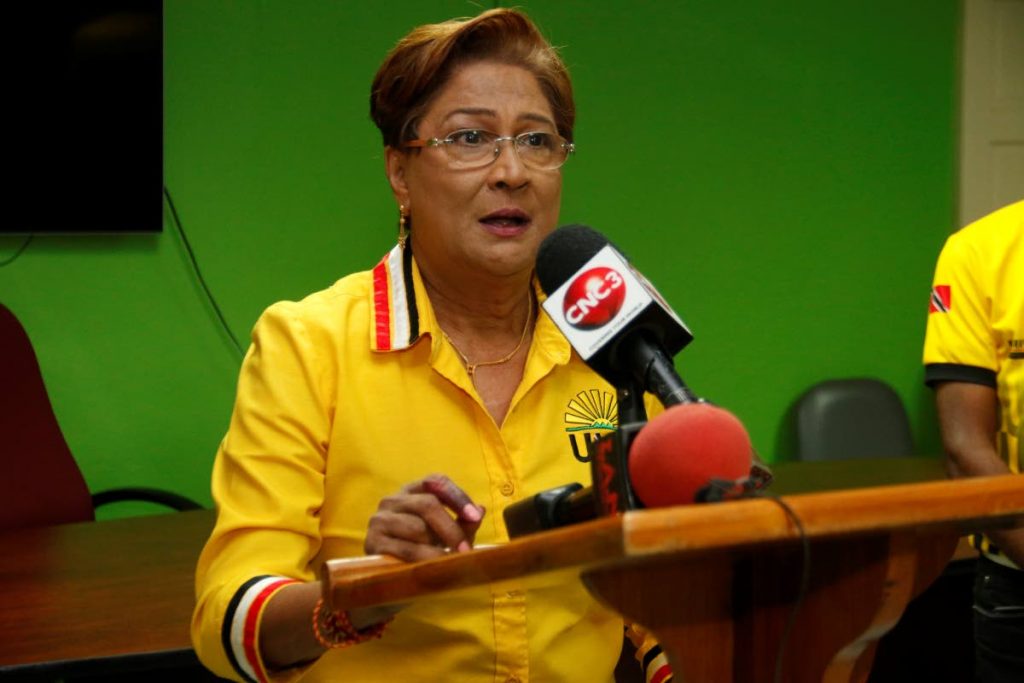 AFTER months of pressure to call the party’s internal election, political leader of the United National Congress (UNC) Kamla Persad-Bissessar has given way and announced December 6 as election day.

At her party’s virtual Monday Night Forum, Persad-Bissessar called on those who wish to challenge her, “to come brave, be strong, put your nomination form in and we will take on all comers.”

Especially since she lost the August 10 general election, some members of the party have been waging a campaign for her to step down.

Her most vocal critic has been former minister in her Cabinet Devant Maharaj who has strategically mounted huge billboards around the country calling on her to go. Saying the election is long overdue, Maharaj is also seeking a position on the party’s national executive.

As she ended her speech at the virtual meeting, which included speakers Clifton De Couteau – a former government minister and alderman at the Princes Town Regional Corporation, MPs Saddam Hosein and Dave Tancoo, in a very calm voice Persad-Bissessar said she had a very important announcement to make.

“Take notice that the UNC’s internal election to elect a new national executive for our party will take place on Sunday December 6.”

She said nomination day will be November 15 at party headquarters Exchange Village, Couva from 8 am to 4 pm.

Nomination forms will be available from October 29 at the same venue between 8 am to 4 pm on weekdays.

Persad-Bissessar said the UNC is the only people-centred party, the most diverse in the country and with a plan. She committed the party to ready the children for the challenges of the 21st century, to easing the tax burdens on citizens, to diversifying the economy and developing smalll and medium enterprises to grow and thrive.