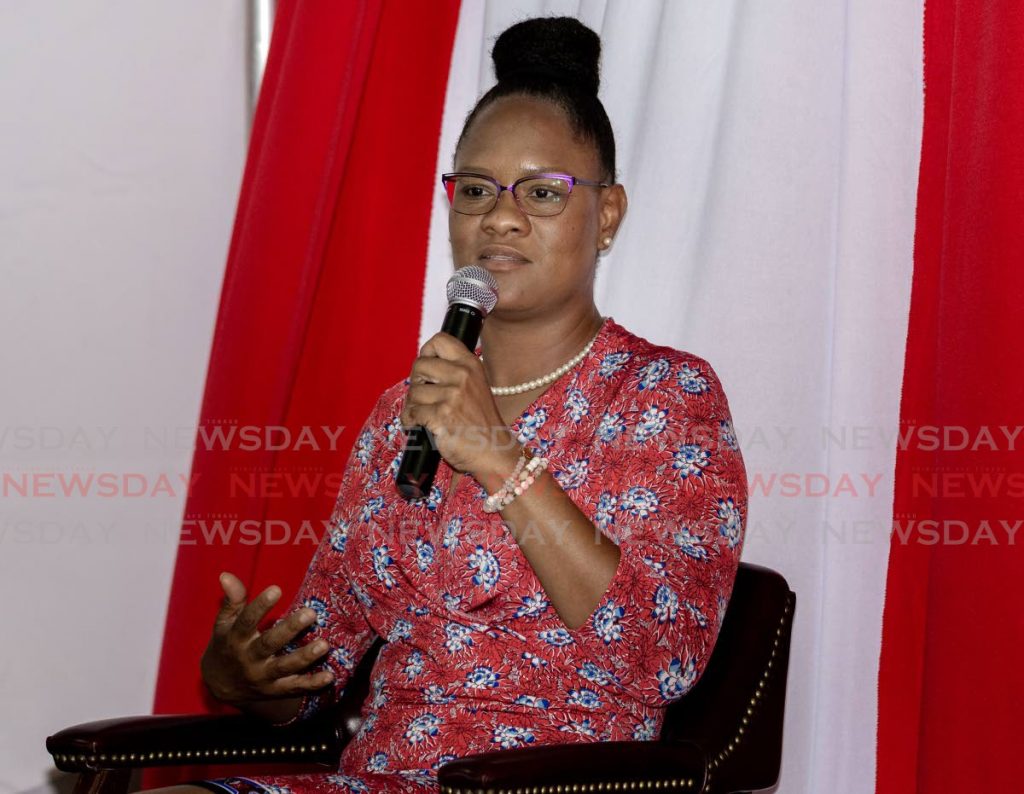 Minister in the Office of the Prime Minister Ayanna Webster-Roy says, in addition to the two “custom designed” domestic violence shelters operationalised in May of this year, the Government has three more facilities in the works.

Webster-Roy gave the opening remarks at the virtual 16 Days of Activism against Gender-Based Violence series on Wednesday. The series is a collaboration between the Office of the Prime Minister and the United Nations (UN) Women.

She said government was escalating the implementation of policy measures in the national policy on gender and development.

“The government of TT is committed to its goal of gender equality by 2030 and the elimination of all forms of family violence and discrimination, particularly those perpetrated against women and children.”

Webster-Roy said government was taking action to address violence against women and girls in the context of covid19 which, she said, had the “potential to delay gender equality.”

She said, in April 2020, the amendments of the Domestic Violence Act were “expedited to provide further protection for women and children affected by domestic violence and other forms of family violence.”

She added the government is moving forward to create opportunities for women to participate in the productive sectors through capacity building and financial support.

Webster-Roy said the government is committed to reducing the economic and social vulnerability of women with programmes such as covid19 social assistance including salary relief grants and rental assistance.

“Gender mainstreaming continues in the public and private sector and is now being (increased) in selected communities to remove negative stereotypes surrounding women and children and reduce all forms of family violence, which affect women and girls disproportionately.”

She said the recently launched SheTrade hub will also help to support women. The SheTrade hub was launched in October of this year, after a memorandum of understanding was signed between the International Trade Centre and Export TT.

She said additional support for victims of abuse is provided with the implementation of the Gender-Based Violence Unit (GBVU) of the police in addition to the 24-hour national domestic violence hotline.