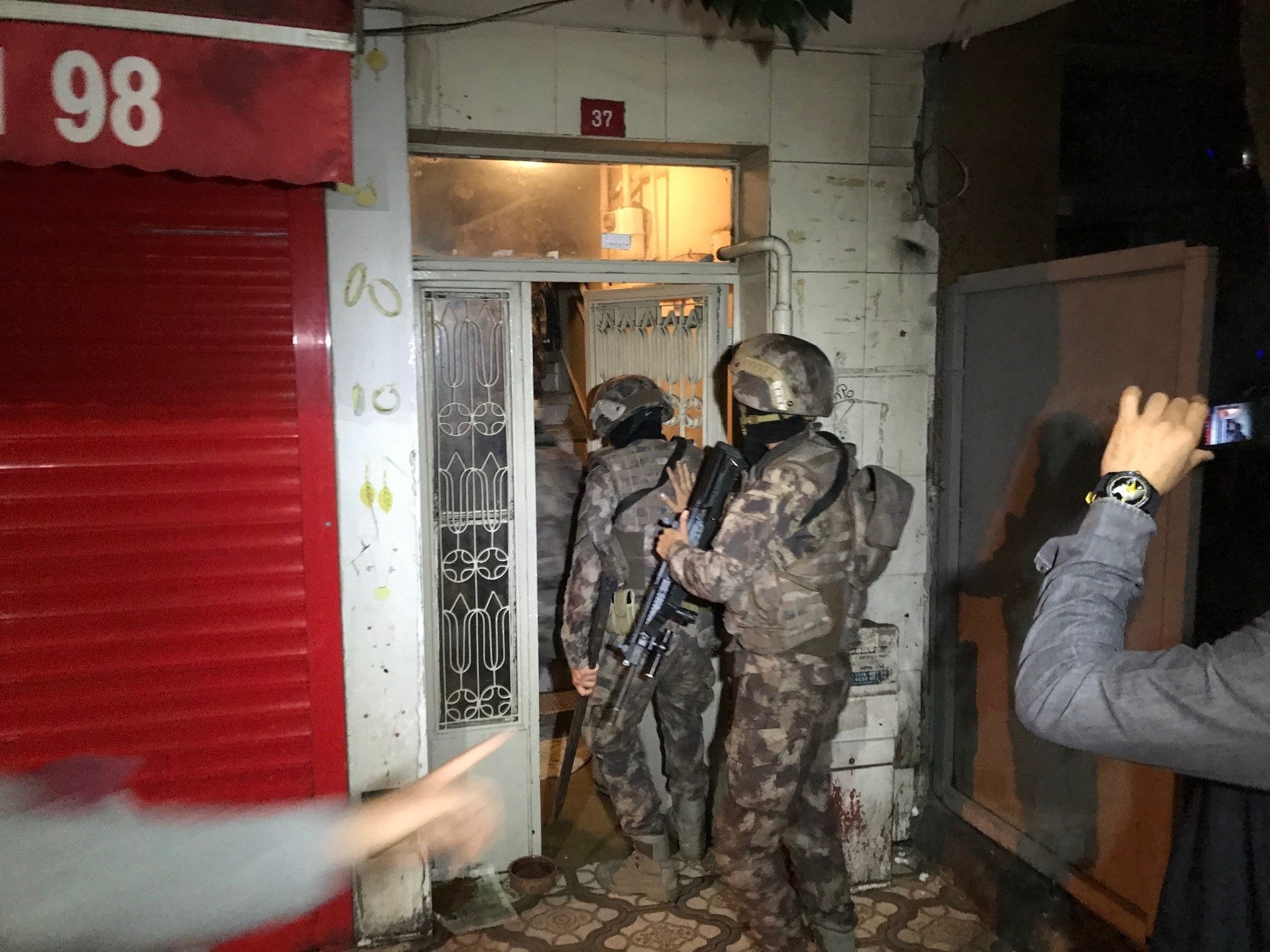 In a nationwide operation on Thursday, police captured 93 suspects linked to the DHKP-C terrorist group. Authorities launched raids in 12 provinces after the Chief Prosecutor’s Office in Istanbul issued arrest warrants for 120 suspects. Additional operations are underway to capture the remaining suspects.

The arrest warrants came after an investigation into senior figures of the terrorist group was concluded. Some of the suspects are believed to be in charge of various branches of the DHKP-C; including “armed propaganda,” “resistance assembly,” “public assembly,” “field committee,” “neighborhood committee” and “illegal field;” which is a faction set up for the sole purpose of “illegal” tactics to advance their cause within what they consider to be a legal entity. In addition, they are accused of plotting “sensational” attacks to motivate group members.

The DHKP-C is responsible for a number of terror attacks in Turkey, including the assassination of business tycoon Özdemir Sabancı in 1996, and an attack on the U.S. Embassy in Ankara in 2013, which killed a Turkish security guard.

The group is listed as a terrorist group by Turkey, the U.S. and the European Union.

It has been less active in Turkey in recent years but remains a major security threat.

The DHKP-C, which operated under the name “Dev Sol” until 1994, claimed responsibility for a series of high-profile murders, including the assassination of nationalist politician Gün Sazak and former Prime Minister Nihat Erim in 1980. The DHKP-C attempted to stage a bloody comeback in recent years by carrying out attacks against the police. Though most failed to inflict any serious casualties, the terrorist group climbed to notoriety again with the killing of a prosecutor in 2015. The victim, Mehmet Selim Kiraz, was taken hostage in his office at a courthouse in Istanbul on March 31, 2015, by DHKP-C terrorists who infiltrated the building by posing as lawyers. After standing off with police for hours, they murdered Kiraz before they were killed in a shootout with police.