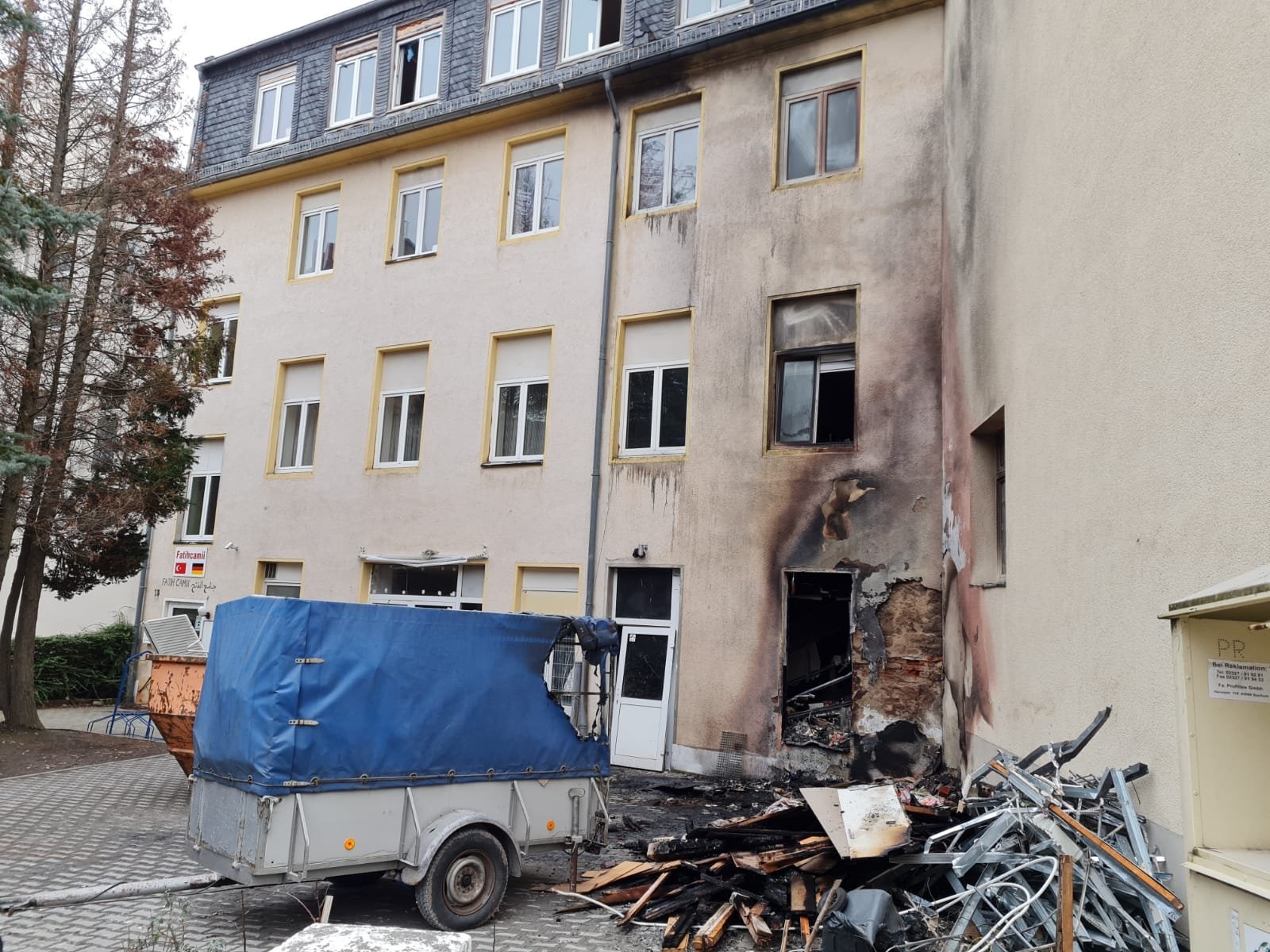 German authorities launched an investigation after a fire was reported in the backyard of a Turkish-Islamic Union for Religious Affairs (DİTİB) mosque in the city of Chemnitz, police said Sunday.

Police suspect that the fire, which took place in the backyard of Fatih Mosque at around 11 p.m. local time (10 p.m. GMT) Saturday, could be arson, and launched a multi-pronged operation to probe the incident.

The mosque’s director Enis Sezgi told Anadolu Agency (AA) that he learned about the fire after a police call. He noted that the mosque has been closed to worship after firefighters broke all doors of the mosque and the fumes and unpleasant odor left after the construction supplies in the backyard were burnt down.

The cause of the fire has still not been identified, according to Sezgi, who highlighted that they have been receiving anti-Muslim threat messages in the mail.

Turkish Consul-General Olgun Yücekök told AA that they have been in contact with Saxony police and are closely following the investigation.

Meanwhile, Turkey’s religious services attache Emre Şimşek in Berlin said they were sad about the fire and the material damage that the mosque suffered, but are happy that there have been no casualties.

Mosques linked to DITIB are often the target of Islamophobic attacks in Germany.

According to a recently published report, titled “European Islamophobia Report 2020,” a total of 901 Islamophobic crimes were registered by the Federal Criminal Police Office in Germany in 2020.

Eighteen anti-Islam demonstrations were held and 16 were organized by the racist PEGIDA movement in Germany during the same year.

Furthermore, 2020 saw a rise in online Islamophobia as coronavirus lockdowns were imposed and life shut down across Europe, according to the report.

Islamophobia in Europe has “worsened, if not reached a tipping point,” said the report, underlining the fact that even centrist and mainstream political movements on the continent legitimize targeting Muslims with the excuse of fighting extremism.

Germany has experienced a rise in racism and anti-Muslim hatred in recent years. Germany is home to 81 million people and hosts the second-largest Muslim population in Western Europe after France. Of the country’s nearly 4.7 million Muslims, at least 3 million are of Turkish descent.

The Turkish community in Europe is concerned with the rising trend of Islamophobia and Turkophobia in Western countries and has called on European states to escalate measures against hate crimes.

Turkish officials, including President Recep Tayyip Erdoğan, have frequently urged European decision-makers and politicians to take a stance against racism and other types of discrimination that have threatened the lives of millions of people living within the bloc’s borders.