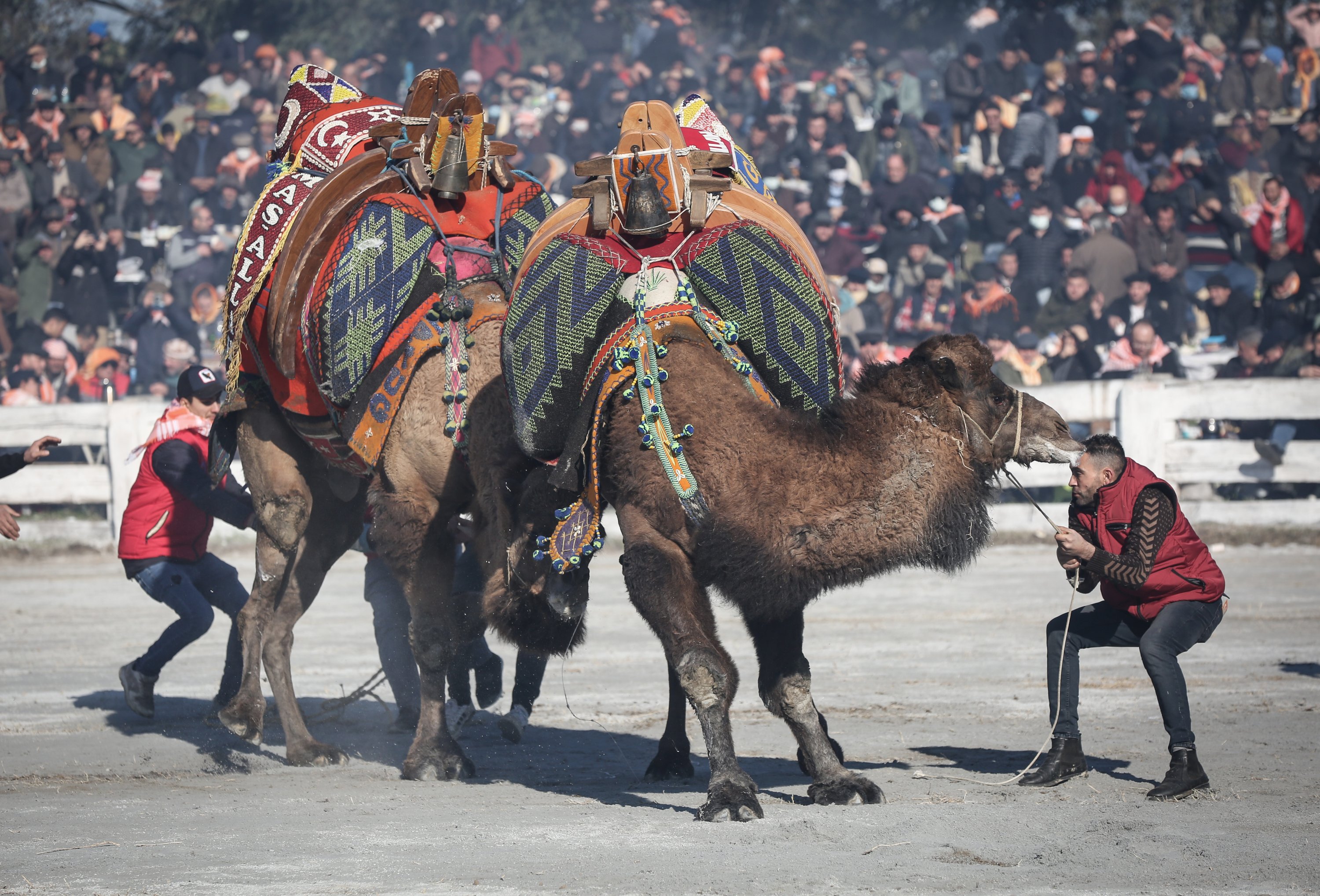 The 40th edition of the Selçuk Efes Camel Wrestling Festival was held on Sunday in the eponymous Turkish town in the western province of Izmir, famously known as the last residence of the Virgin Mary and home to the ruins of Ephesus or Efes. For fans of camel wrestling, however, it is the biggest event of its kind in the country.

The festival – dubbed the “Kırkpınar of camel wrestling,” after another world-famous wrestling event involving well-oiled half-naked men instead of towering camels – brought together 162 camels, their owners, handlers and hundreds of spectators who braved the cold weather. Amid the cheers of those who crowded the arena, a vast, earthen field surrounded by barriers, camels fought each other, trying to bite one another, while their handlers, with long sticks, separated them each time they came close to physically hurting themselves.

Camels were brought in from the provinces of Turkey’s west, where the age-old sport, which evolved into its present form decades ago, is very popular. Like in Kırkpınar, a cazgır, the equivalent to a master of ceremonies, was on hand to recite poems praising each participant and invigorate the crowd who danced to folk songs before the wrestling began. In one corner, spectators were offered camel meat and handicrafts from local stalls.

Among the oldest spectators was 85-year-old Raziye Yıldız. A former camel herder, Yıldız said she has spent years among camels and dared to go out in “this cold weather” just to watch them again.

On Saturday, a beauty contest was held in central Selçuk among 30 camels, who were adorned with colorful accessories by their owners in order to win the hearts of a jury.