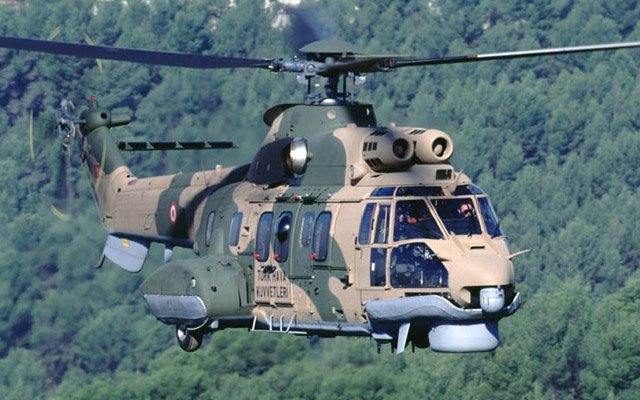 Turkey’s Defense Ministry Thursday announced that a Cougar military helicopter had crashed, marking the fourth incident involving the particular model of aircraft which has caused the deaths of 38 people, including two high-ranking military officers in the country.

The helicopter, a German-French joint venture, entered the Turkish Armed Forces inventory in 1996. Twenty of the aircraft were acquired from France and 30 more were constructed at Turkish Aerospace facilities, bringing the total number to 50.

In the latest incident, according to the ministry’s statement, the Cougar helicopter took off from the eastern province of Bingöl at 1:55 p.m. Thursday and was en route to Bitlis province’s Tatvan district when contact with the aircraft was lost at around 2:25 p.m. Nine soldiers on board the helicopter were killed in the crash, the ministry said, adding that three survivors were being treated in hospital for their injuries, one of whom later succumbed to their injuries. Commander of the 8th Corps, Lt. Gen. Osman Erbaş was aboard the flight and is among those who lost their lives in the crash.

Similarly in 2017, 13 soldiers, including a general, were killed when their Cougar helicopter hit power lines and crashed in Turkey’s southeastern Şırnak province near the border with Iraq. Maj. Gen. Aydın, the commander of the 23rd Gendarmerie Border Division Command in Şırnak, was the highest-ranking soldier killed in the crash.

The first crash occurred on June 4, 1997, when PKK terrorists targeted Turkish forces in northern Iraq with a guided missile, killing 11 soldiers. At the time the helicopter was not equipped with anti-missile defense systems, which is why it was mostly deployed in the West.

The second accident took place in Eğirdir district of Isparta province on April 29, 2003, when another Cougar during a training flight became tangled in high voltage electrical wires, killing four soldiers.