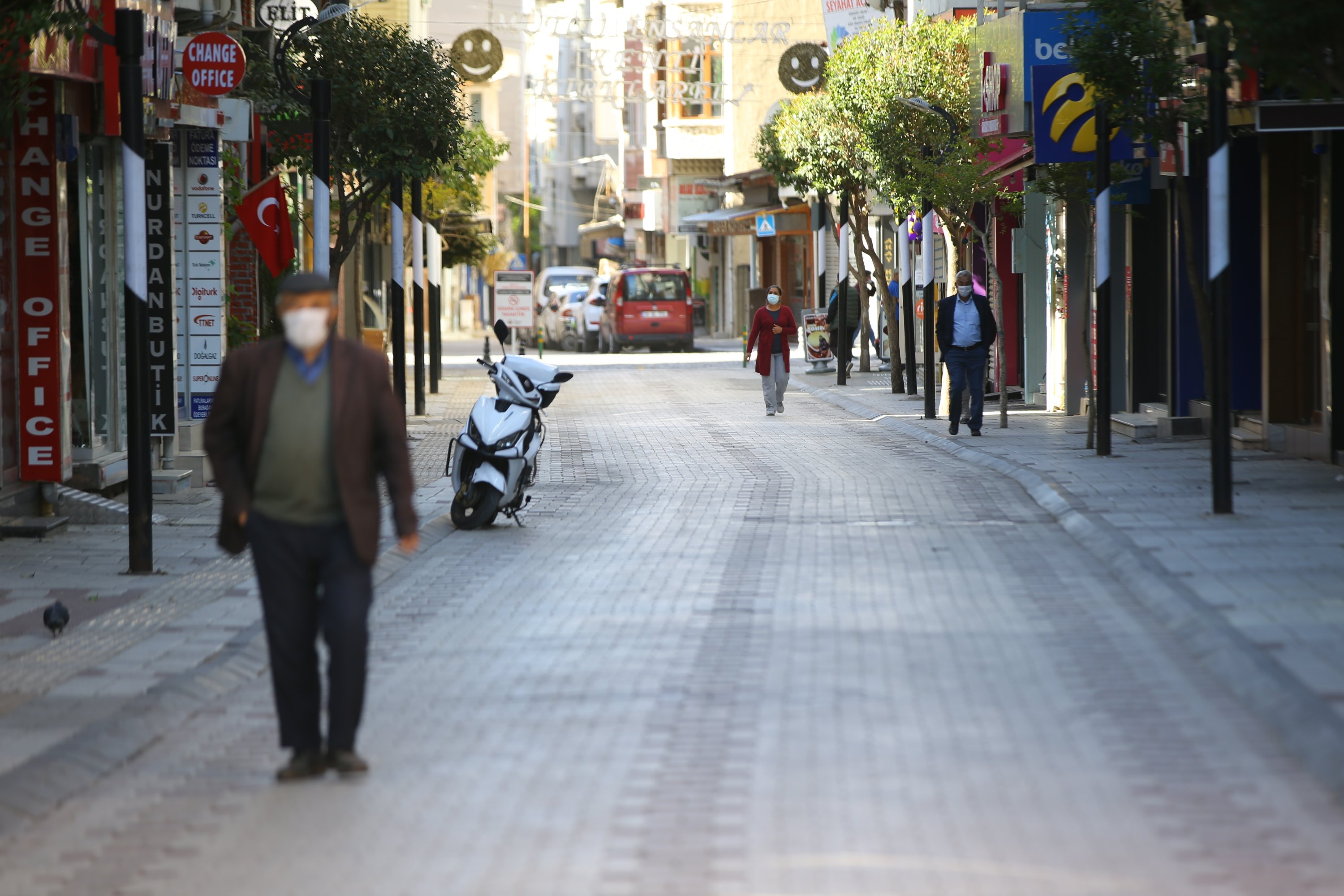 With almost a week left before the full lockdown ends and in its first week alone, Turkey had a drop in coronavirus cases according to the latest weekly statistics announced by the Health Ministry. Statistics covering the week between May 1-7 show cases per 100,000 people decreased in 80 provinces, with the exception being Ardahan in the northeast. The northwestern province of Kırklareli and western province of Çanakkale, which were once among the places with the most clusters of cases, reported the most dramatic declines, along with Düzce, Istanbul and Tekirdağ. With about 359 cases per 100,000 people, Istanbul still has the highest rate of weekly cases, though.

Data provided by the Health Ministry shows the impact of restrictions on each province. Çanakkale, for instance, now has a three-week streak in the list of top five provinces with the highest decline in the number of cases. Istanbul and Tekirdağ have also followed a downward trend for two consecutive weeks.

Istanbul, where the first cases were reported back in March 2020, has always been a COVID-19 hot spot and once accounted for almost 40% of cases in the entire country of more than 83 million people. But it managed to decrease the cases, from around 532 to 359 per 100,000 people in one week. The current lockdown is ruled out as the cause of this sharp drop as experts say the impact of the lockdown on the number of cases will be more tangible by the end of its second week. But earlier restrictions, including a weekday nighttime curfew and a 56-hour weekend lockdown, apparently played a role in the reduction of cases.

In the capital, Ankara, the number of average weekly cases per 100,000 people dropped to 247 from 361 while in Izmir, the third-largest province, the number dropped to around 161 from 223.

Ardahan was the only province reporting an increase in the cases, with four more cases added to the weekly average, making the average number 255.

Big cities saw an exodus in the days before the start of the lockdown as most people rushed to vacation resort towns in the south and/or their hometowns in inner Anatolia, before an intercity travel ban accompanying the lockdown came into force. Authorities, however, are concerned that any mobility in the places they traveled during the upcoming bayram may boost the number of cases again, once they return to big cities.

The Interior Ministry announced on Tuesday that inspections would be in place throughout the holiday. The ministry said 1,167 checkpoints were set up on roads connecting cities and more than 16,000 police officers would be deployed there throughout the holiday. Except for emergencies, intercity travel is banned and those who hit the road have to receive travel permits from authorities, whether they travel on their own or on passenger buses, mass transit vehicles etc. Within city limits, 6,084 checkpoints will be set up, with more than 79,000 officers patrolling the locations, particularly on streets that are usually busy during the holidays. Officers will also regularly check businesses for violations. A limited number of businesses are allowed to remain open during the lockdown, including supermarkets and bakeries.

The ministry said in its statement that lockdown “significantly contributed” to the downward trend in the pandemic, noting that the number of daily cases decreased as low as 13,604 on Monday, from more than 62,000 on April 16. “Inspections are required throughout the lockdown process to continue this positive trend,” the statement said.

Turkey’s lockdown is not as strict as measures applied in European countries to curb the pandemic. It is rather a longer version of its weekend lockdowns and weekday curfews that were already in force in the weeks prior. Turkey hopes to drive down daily coronavirus cases to “less than 5,000,” according to President Recep Tayyip Erdoğan, who announced the lockdown after a Cabinet meeting in April.