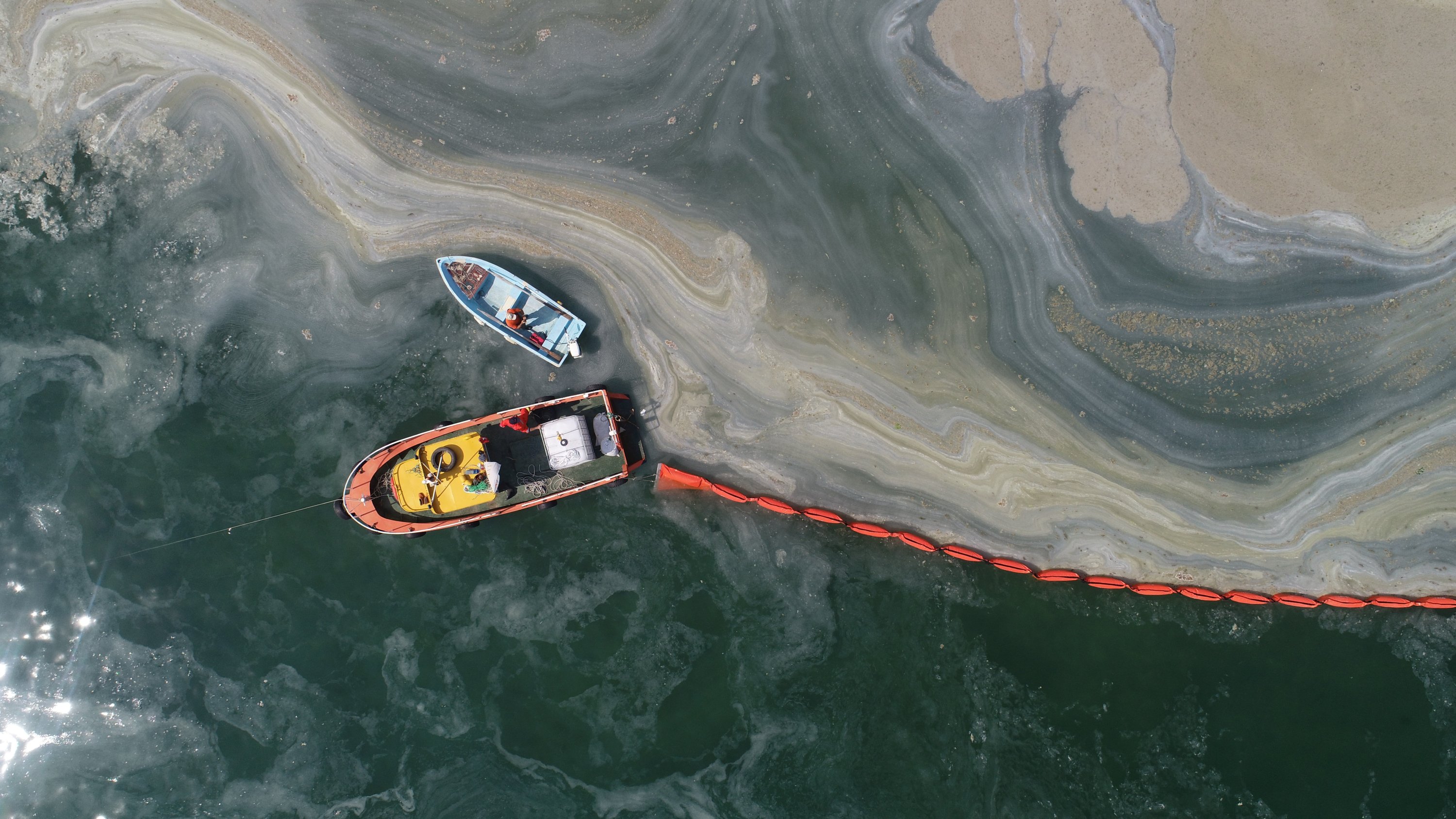 There might yet be another surge of marine mucilage in November due to persisting triggers, said professor Mustafa Sarı, the maritime faculty dean at Bandırma 17 Eylül University.

In his statement to Ihlas News Agency (IHA), Sarı stated that there are three main causes for sea snot: temperature rise due to climate change, pollution and stagnant sea conditions. He explained that: “According to past experiences, we say that the risk is great. We did not remove the causes for accumulation of sea snot. The causes have not changed.”

Sarı added: “Current readings indicate that the Marmara Sea could not cool down due to increase in temperature and other factors that are still ongoing.

“Even though the levels of sea snot, or marine mucilage, decreased near the surface of the sea to the depth of 8 meters (26.2 feet), there was still excessive algal bloom between 8 meters and 22 meters. Combined with climate change and stagnancy in waters, this algae growth could cause another wave of mucilage in November.”

According to Sarı, the temperature is still 1.5 degrees Celsius (2.7 degrees Fahrenheit) above the average of past years. “If the Marmara Sea cools down, a fish migration from the Black Sea will occur and fishing will become more efficient and one of the three triggers that affect mucilage will be disabled. However, trend doesn’t point to that. I’m sorry,” Sarı said.

Reaffirming Environment, Urbanization and Climate Change Minister Murat Kurum’s statements about mucilage not being hazardous or toxic, Sarı also explained that: “Mucilage is a natural substance. It is not a toxic or harmful substance. The departments of the Ministry of Agriculture are constantly conducting analyses around the Marmara Sea. If fish consumption is found to be harmful, rest assured they will make a statement immediately. If there is no statement, we should continue to consume fish the same way we do under normal conditions.”

The Marmara Sea Environmental Protection Action Plan was announced on June 6, 2021, by Kurum and included 22 clauses regarding the fight with mucilage.

“The proposal to declare the sea a protected area is the appropriate approach,” he concluded.