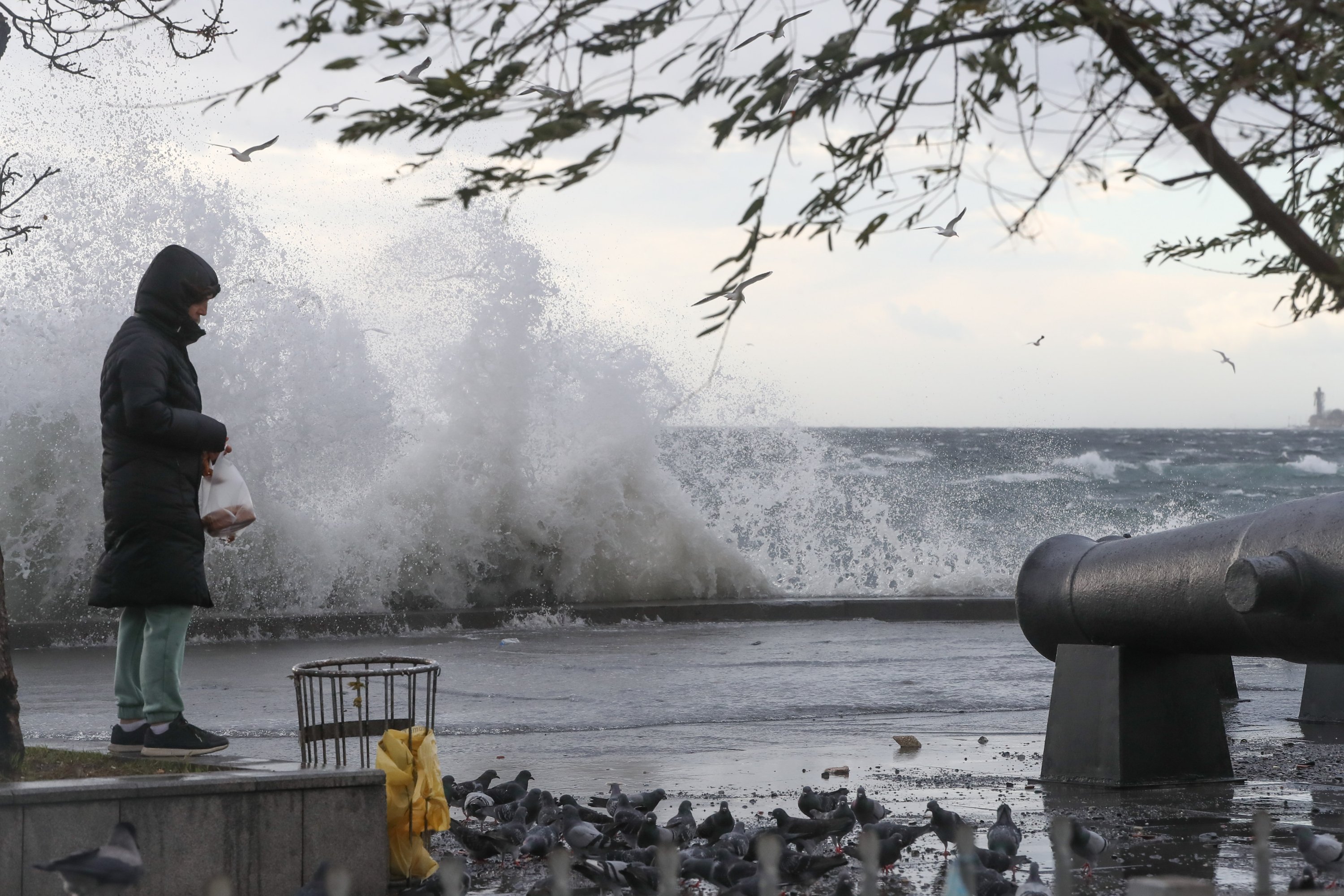 The fierce storm that has wreaked havoc in the Marmara region in Turkey and caused several deaths and injured dozens of people, has been moving inland, and according to meteorologists, rainfall and snowfall are expected in Turkey’s eastern regions.

Yusuf Ziya Yavuz, weather forecast specialist at the General Directorate of Meteorology, stated that the storm would continue to be effective in the inner and eastern regions, and snowfall was also expected in those regions.

Koca also offered his condolences and best wishes to the Turkish nation.

The 15 million-strong Istanbul metropolis and a number of other Turkish provinces have been battered by a powerful storm with gale-force winds since Monday, resulting in a ban on motorcycles and electric scooters from roads and the suspension of education in various places due to safety concerns.

Yavuz noted that the winds in the Marmara and Aegean regions had reached 110 to 120 kilometers per hour (68 to 74 miles per hour) on Tuesday, and was expected to be strong in the eastern Mediterranean, eastern and southeastern Anatolia and the inner parts of the eastern Black Sea region on Wednesday.

Yavuz told Anadolu Agency (AA) that the storm would start exiting Turkey from the evening hours of Wednesday.

Yavuz noted that they predicted colder nights as of Thursday evening. “In Ankara where the temperature was 14 degrees Celsius (57 degrees Fahrenheit) on Tuesday, we expect the temperature to drop to 5 degrees on Wednesday. There is a rapid decrease in the whole of the inner regions,” he said.

“We will see subzero temperatures in the inner parts of the western Black Sea region, central Anatolia and the inner Aegean on the night that connects Wednesday to Thursday,” Yavuz stated.

Yavuz said that a warm and rainy system originating from the central Mediterranean would enter from the western regions on Friday and that the southeastern winds would blow between 40 and 70 kilometers per hour in the Marmara, coastal Aegean and western Mediterranean regions on Thursday and Friday.

Yavuz also warned against snowfall in the eastern parts of the country.

“Since there will be heavy snowfall in the inner parts of eastern Anatolia and the eastern Black Sea tomorrow, we want our citizens in these regions to be cautious against it.”