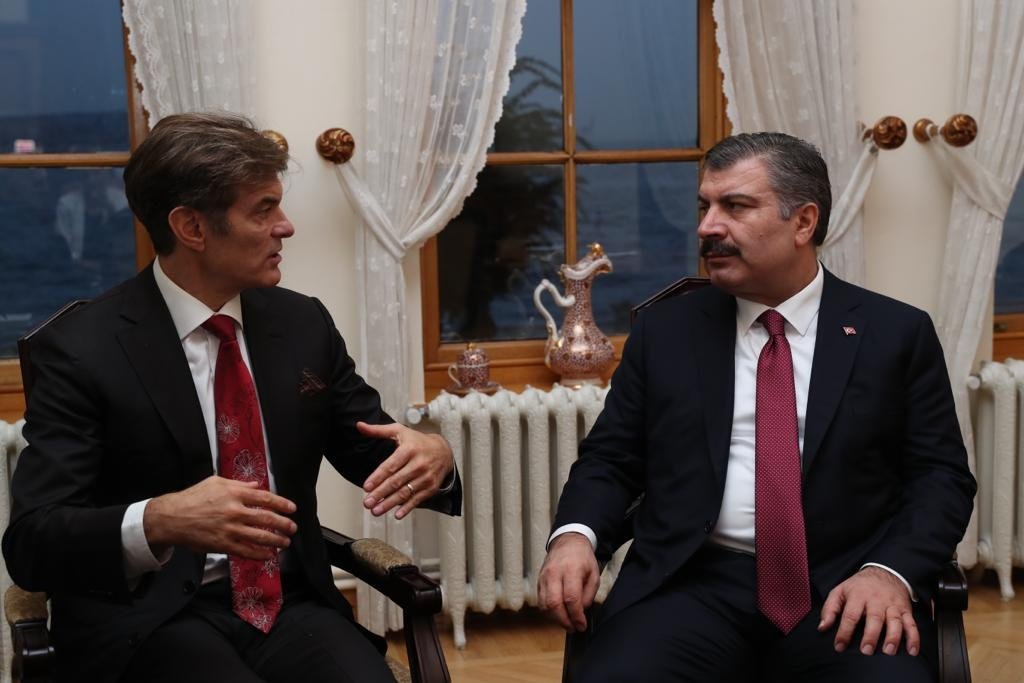 U.S. celebrity doctor of Turkish origin, Mehmet Öz, saved the life of a man at an airport.

A traveler who collapsed at Newark Liberty International Airport was lent a helping hand by the famous medic who happened to be at the scene.

The incident occurred late Monday night when Port Authority Officer Jeffrey Croissant saw the 60-year-old man fall to the floor near a baggage claim area. Croissant called for backup and immediately began performing CPR on the unidentified man, who wasn’t breathing and didn’t appear to have a pulse, according to the Port Authority. When another person came over to help, Croissant didn’t immediately recognize it was Öz, the cardiac surgeon and longtime host of TV’s “Dr. Oz Show,” who had arrived on the same flight.

The two performed CPR together until three other officers brought oxygen and a defibrillator for the man, who eventually regained a pulse and was taken to a hospital for evaluation. “What better help than to have a cardiac surgeon?” Croissant said afterward.

Named one of Time magazine’s “100 Most Influential People,” Dr. Mehmet Öz of Columbia University is the winner of six daytime Emmys for “The Dr. Oz Show,” the author of six New York Times best-sellers, and a well-known public figure and TV personality in the U.S. After making his debut on TV with the daytime program “The Oprah Winfrey Show,” Öz later started hosting his own show, becoming one of the most widely followed doctors in the U.S.