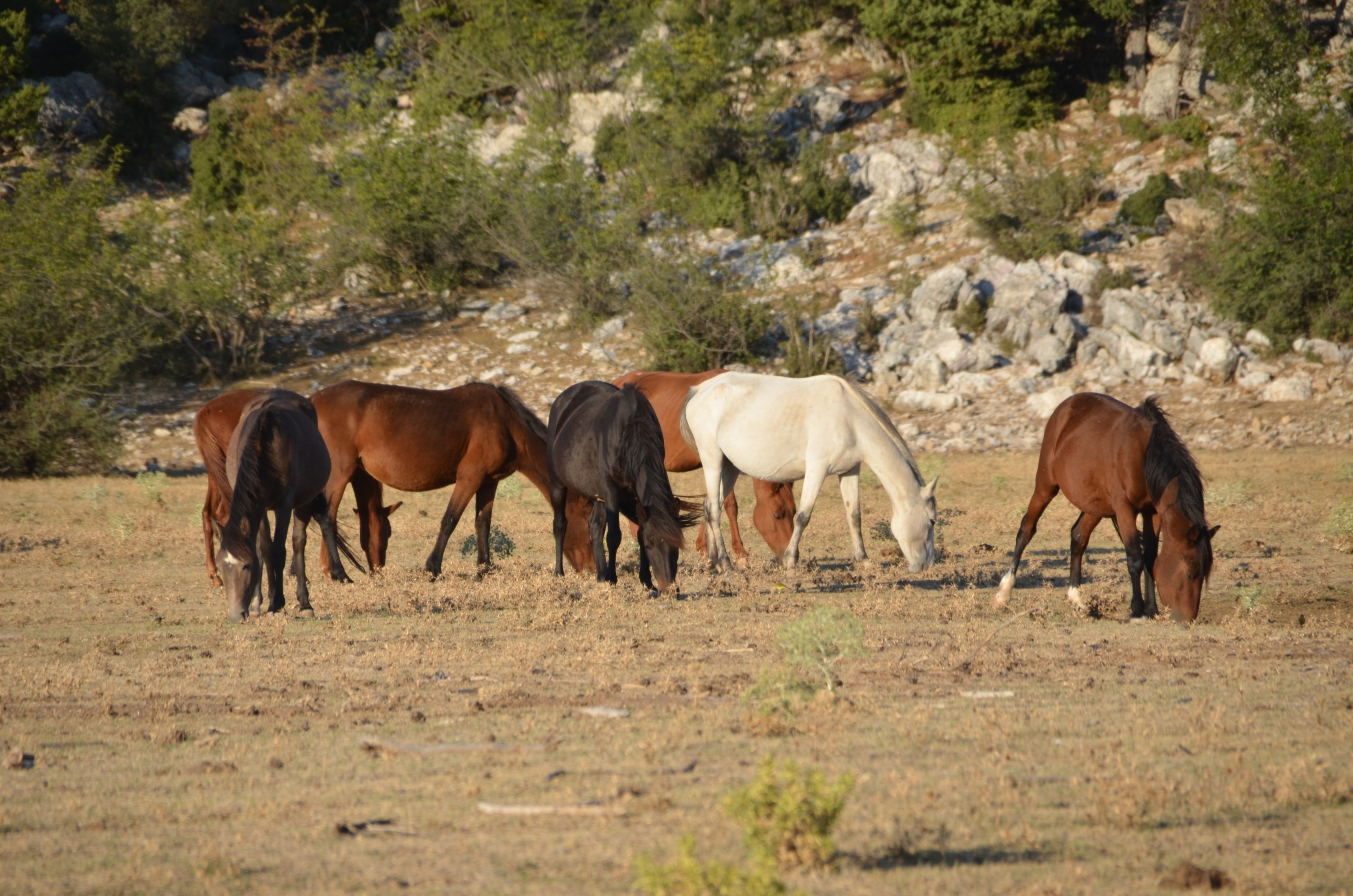 One month after the forest fires that ravaged the southern Turkish province of Antalya, wild horses who fled their habitat are back to Eynif Plain. Herds of free-roaming horses in Ibradı district, one of the locations hit by the forest fires that continued from July to August, dazzle visitors to the plain.

A fire that broke out in Manavgat had spread to the plain where firefighters managed to stop it on Aug. 8, but it had already driven away the horses to other areas in the region. Some 1,000 wild horses call the 90,000-acre plain home.

Tolga Özgüven, who runs a tourism business near the plain, said the plain was spared from the fire but horses took refuge in forests not affected by blazes. “We placed bales of hay in unaffected areas to attract them and save them from fires. Nowadays, they started coming back to their natural habitat,” he told Ihlas News Agency (IHA) on Wednesday.

A few weeks after the forest fires, burned areas are seeing a comeback of nature, in the form of flowers blossoming again amid ashed trees, along with shrubbery sprouting up. Animals, from birds to bees, are also returning to their habitat ravaged by the fires. In the coming months, Turkey plans to start reforestation work in burned areas, though most will be left in their current state for their natural recovery with minimal intervention.

Turkey saw hundreds of forest fires erupt in its southern and southwestern provinces from July 28. With intensive and dedicated efforts, all of the blazes were brought under control in just over two weeks. At least eight deaths were reported in the fires according to official figures.