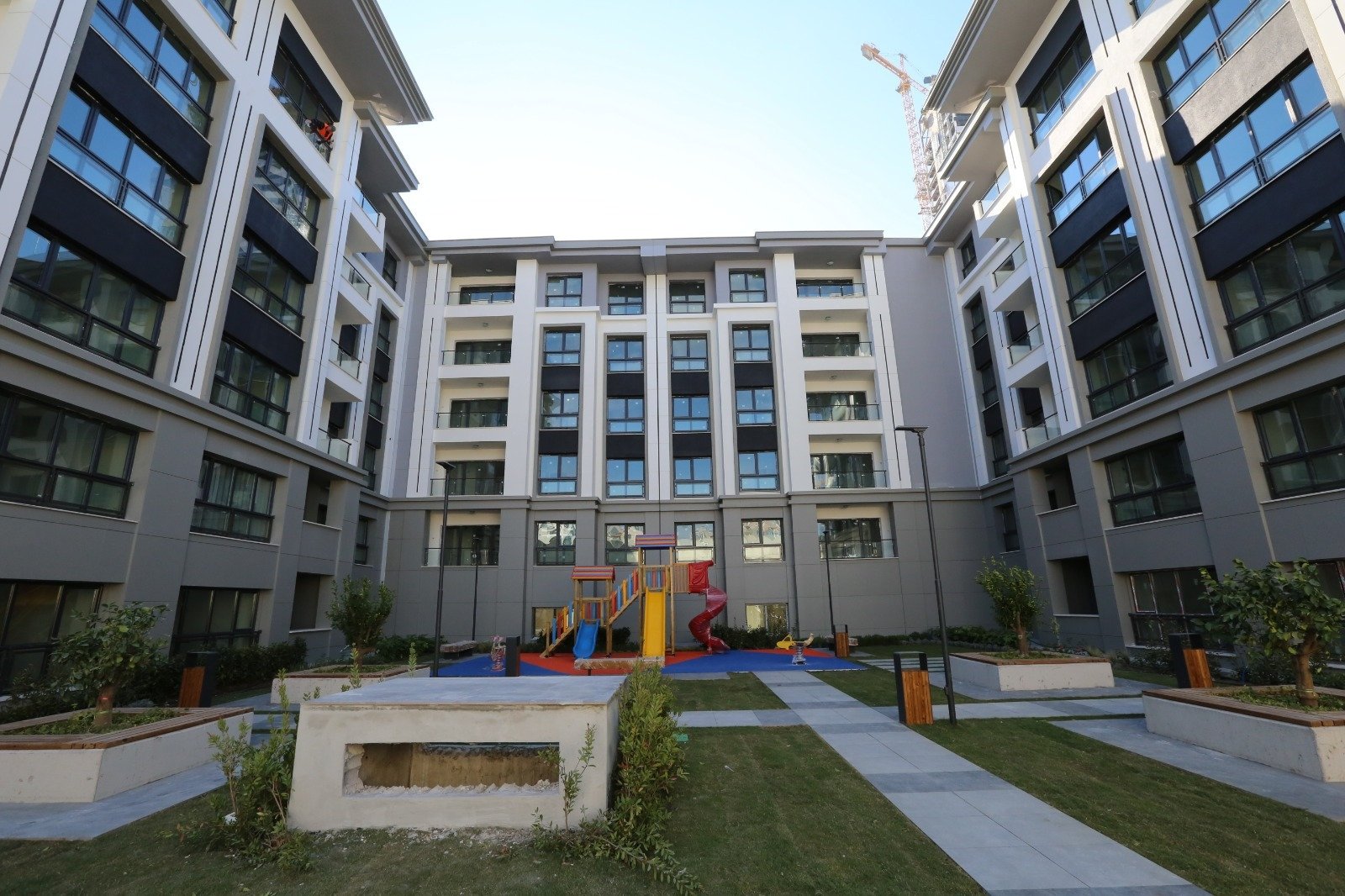 The government fulfilled its pledge to provide new houses to people, who lost everything in the Oct. 30, 2020 earthquake that rocked Izmir, Turkey’s third-largest province. On Friday, dozens of houses and shops built by a housing authority were handed over to survivors in a ceremony attended by President Recep Tayyip Erdoğan.

Initially, 596 apartments and 145 shops were delivered to people whose houses and shops were either destroyed in the earthquake or sustained heavy damage. New buildings were constructed in seven areas across Bayraklı, where the majority of casualties took place and the heaviest damage to buildings was reported. Some were built near the buildings demolished in the disaster while others were constructed in empty plots across the district.

The district is also undergoing a massive “urban transformation” project, a program already underway across the country that involves replacing old, decrepit buildings with new ones resistant to potential earthquakes. Overall, 5,074 housing units and 353 shops will be built. More apartments are expected to be handed over to survivors next week and in the coming months.

The new buildings stand out among others as they have fewer floors (five at most), unlike the buildings that were damaged during last year’s disaster. The Housing Development Administration of Turkey (TOKI) constructed the new buildings.

Following the earthquake, authorities launched a massive investigation into damage to the buildings across Izmir, combing some 210,000 structures. A total of 680 buildings were found to have been heavily damaged, while 630 others had medium damage. Some 500 heavily damaged buildings were demolished, while demolition work is underway for others.

Survivors found shelter in prefabricated housing units set up by the state following the disaster but within months, they moved into rental houses, houses they bought, or with their relatives and friends. The government provided rental assistance for survivors and currently, 1,728 people are still benefiting from the assistance.

Speaking at the handover ceremony for new houses, President Recep Tayyip Erdoğan said the state has been with the people of Izmir since the earthquake rattled the city and took steps to address their problems. “Our country has the most efficient and fastest disaster intervention plan. We are able to launch search and rescue operations within minutes and aid and assistance are provided within hours. This is what we applied in Izmir. We worked day and night to heal the wounds of earthquake survivors and we did not leave anyone out in the cold and without a solution to their problems,” Erdoğan said.

The president noted that urban transformation efforts were sped up and they were adding more to nearly 20,000 buildings demolished in the past nine years as part of transformation efforts. “Every year, we experience earthquakes with magnitudes higher than 5.0 up to 25 times every year (across the country). Most earthquakes took place on fault lines whose existence has long been known. Earthquakes do not kill people, buildings (unsafe) for earthquakes kill people. We are acting after considering this fact and transforming the buildings. So far, we transformed some 3 million housing units. We don’t know when the disaster will strike, so I call upon all our citizens to transform their buildings under risk,” he warned.

In the meantime, a trial is underway over alleged negligence in the construction of the buildings that collapsed during the earthquake, as well as over illegal modifications to the buildings that might have paved the way for immediate collapse during the disaster. The buildings’ contractors, architects and engineers are on trial.

A report by a group of researchers from Ankara’s Gazi University, who visited the disaster zone two days after the quake, had pointed to “deficiencies” in the collapsed structures and the risky ground conditions. Some buildings were constructed in areas that were once orchards and swamps.

Turkey, a country sitting on multiple active fault lines, had tightened inspections of buildings and implemented regulations to boost the safety of new buildings after the notorious 1999 earthquake that killed thousands in Istanbul and neighboring provinces.