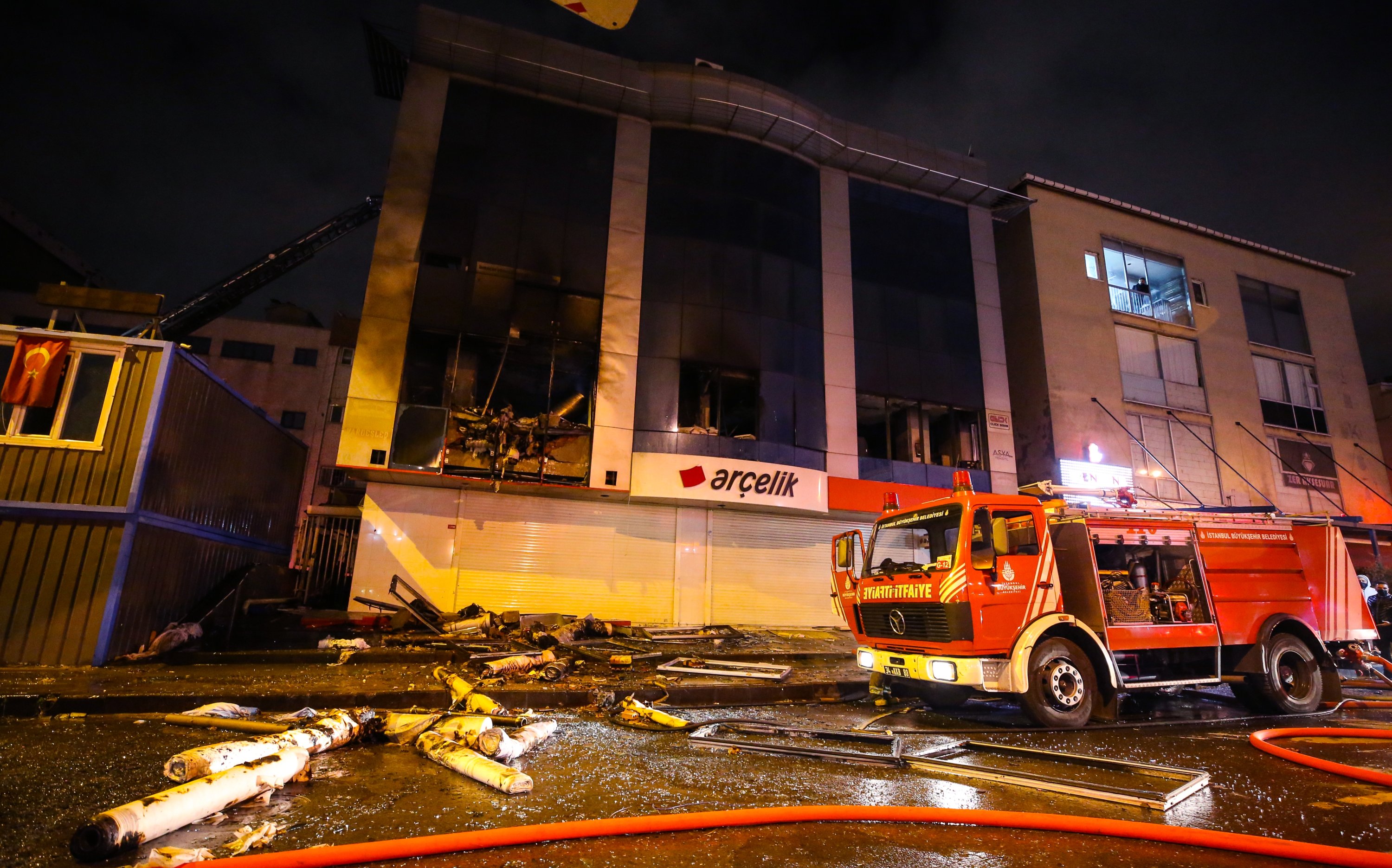 Istanbul Fire Department released a report on the number of fires and their causes in the Turkish megapolis. The report released on Wednesday shows 17,697 blazes broke out in the city from January to November, and most of the fires stemmed from haphazardly discarded lit cigarettes and faulty electricity.

Esenyurt, a growing suburb on the European side and Pendik, a district on the Asian side saw the most fires. The European side had 68.5% of fires that occurred this year so far. Last year, the city was embattled with 19,161 fires, but the report shows a 7.6% drop in the total number of fires compared with the same period in 2019.

Along with fires, the department was busy responding to thousands of cases of traffic incidents, flooding and rescues.

Fire Department Director Remzi Albayrak told Demirören News Agency (DHA) that they deploy more personnel to the European side due to the disproportionate amount of fires in comparison with the Asian side. Bakırköy on the European side and Adalar (Prince’s Islands) had the least amount of fires. Albayrak attributes a drop in the number of fires to growing public awareness thanks to the department’s campaigns as well as changing demographics, industrialization and that new buildings are being built to be more fireproof. He added a very small portion of the fires were caused by children fooling around. “Children have been confined to home during the pandemic and they still like playing with fire,” he said.