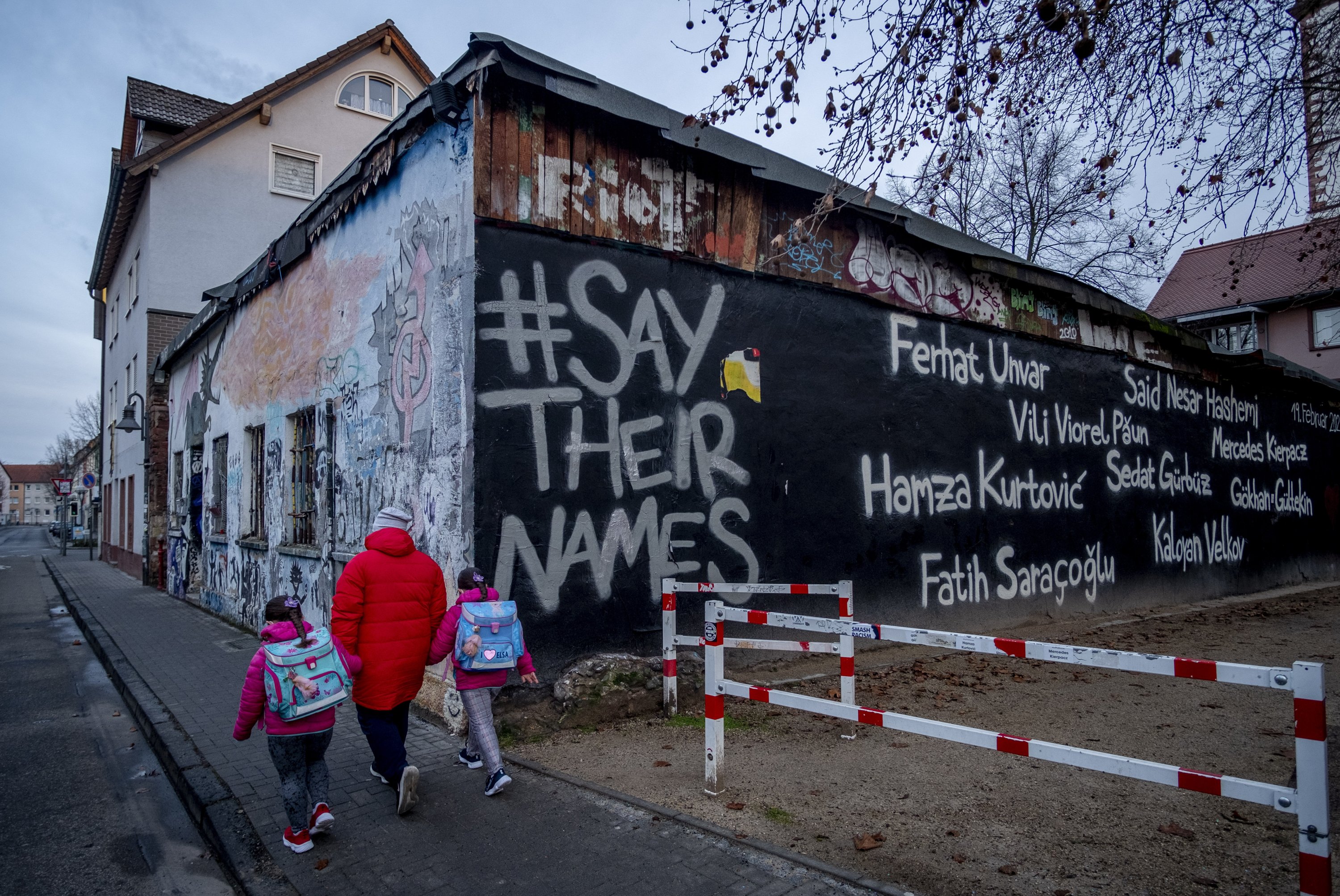 The spokesperson for the Council of Europe tweeted a message remembering the victims of the Hanau terror attack on the eve of the one-year anniversary of the incident, calling for an end to racism and hatred.

Council of Europe Director of Communications and Spokesperson for the Secretary-General Daniel Holtgen shared an image listing the names of the victims of the Feb. 19, 2020 attack, accompanied with the message: “One year ago tomorrow innocent people were killed in a senseless racist attack in #Hanau, Germany. We remember the victims.”

Nine people were killed and five others were wounded in a shooting spree targetting two shisha bars frequented by Turks in Hanau, near the city of Frankfurt, Hesse, Germany. The attacks were racially motivated and carried out by 43-year-old Tobias Rathjen, who following the attack returned home and killed his 72-year-old mother and himself. Prior to the attack, he had shared unclear thoughts, abstruse conspiracy theories and racist views online.

Germany’s government paid 1.09 million euros ($1.13 million) in compensation to the relatives of those who lost their lives during the racist terror attack in the city and was reported by the German press based on information obtained from the Interior Ministry that 105,000 euros were paid to each victims relatives.

According to a legal regulation adopted in 2010, victims of racist or terrorist attacks are paid compensation in Germany.

Following the attack, German Chancellor Angela Merkel speaking to reporters described Rathjen as being infected with the poison of racism, declaring: “Racism is a poison. Hate is a poison. And this poison exists in our society,” according to Anadolu Agency (AA).

But one year since the attack rocked Germany, the Turkish community still lives in fear, particularly the victims’ families who received death threats from the attacker’s father, Hans-Gerd Rathjen. The families claim that the far-right terrorist’s father penned multiple letters to prosecutors in which he threatened the lives of the families. The victims’ families claim they have sought restraining orders against the elder Rathjen but their demands went unanswered by authorities.

The events of Feb. 19, 2020, were a confirmation of the rising racist, Islamaphobic sentiment sweeping Europe, resulting in the popularity of more far-right figures in many states. Germany has a Turkish population of over 3 million, who were brought to the country in small groups as “guest workers” to rebuild Germany in the wake of World War II. While their status in society has risen over the years, Neo-Nazis have consistently posed a threat to the community, specifically targetting them in attacks to which authorities turn a blind eye most of the time. These crimes range from minor acts of vandalism of Turkish mosques to serial murders.