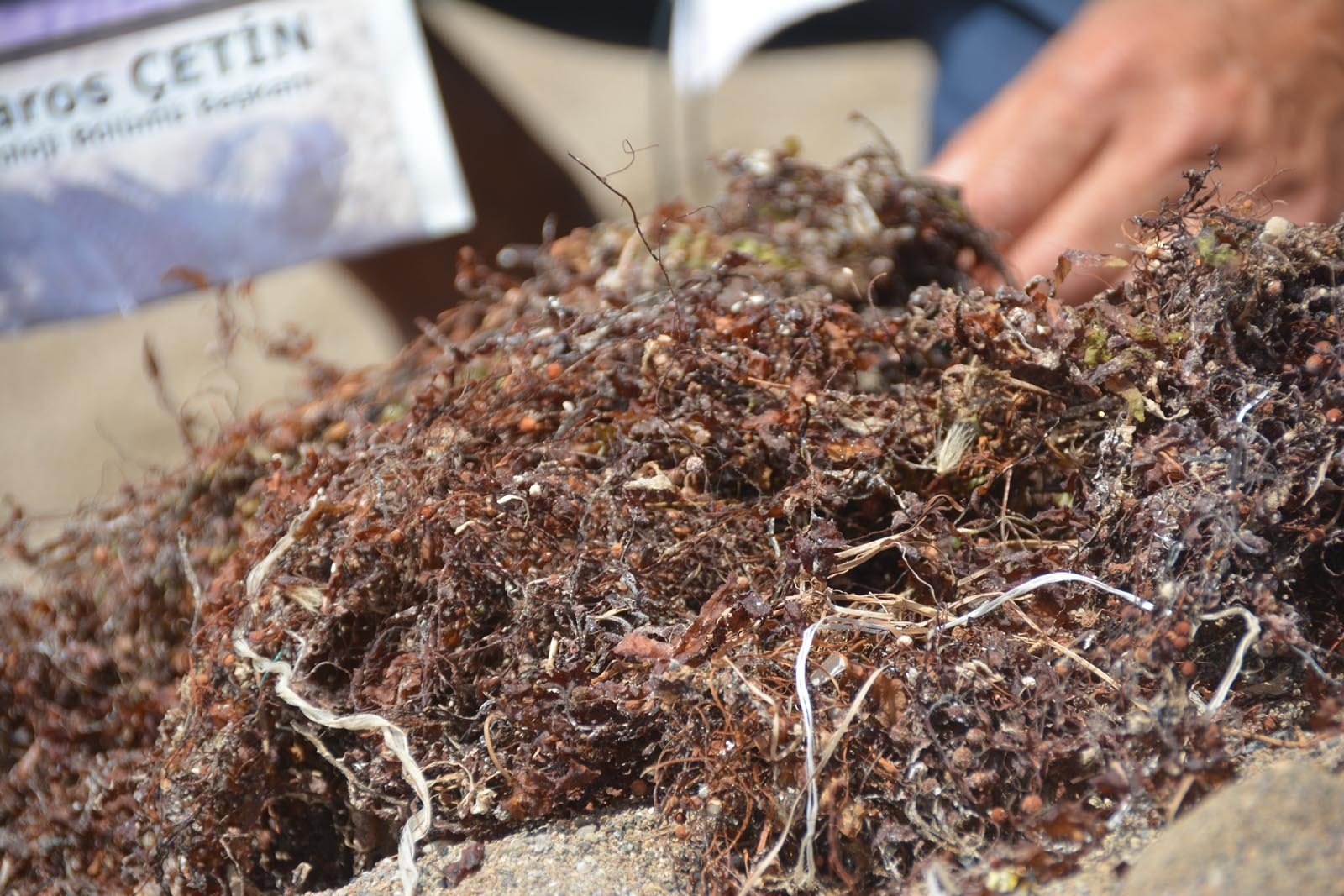 Sargassum, or brown algae, is a type of fast-spreading microorganism that may be the next threat to Turkish seas, an expert warned.

Professor Barbaros Çetin, a biologist, says the new phenomenon, visible on the shores of Dikili in the western province of Izmir, may deal a blow to the marine ecosystem in the Aegean and Mediterranean Seas and hamper tourism in the region. He urges immediate action.

The seaweed bloom, seen in masses washed ashore, became more ubiquitous along the shores of Dikili recently. The Sea of Marmara in the north is similarly embattled with a boom in marine mucilage or sea snot – a thick substance caused by microorganisms like algae. The extent of the sargassum threat is not known but Çetin calls upon authorities to take action to dispose of it as soon as possible.

Sargassum is mostly harmless while at sea but when washed ashore, it emits a stench similar to rotten eggs and more importantly, a burning gas that can cause respiratory problems and skin rashes, once released into the air. Along with Dikili, it has been spotted on the Mediterranean coast, on the shores of Kaş, Kalkan and Iskenderun, plus Gökova in the country’s south.

A massive sargassum presence was reported in the Caribbean Sea in 2019 and affected a stretch of 621 miles of the Mexican coast. A change in seawater temperatures and the course of the current stemming from climate change are blamed for its presence. Climate change is also a culprit in sea snot, which is worsened by man-made pollution. Çetin says it led to the cancellation of vacation bookings in Mexico and a similar situation can happen along the Turkish coasts.

“It creates hydrogen sulfide once it came into contact with air. It also has a very acidic quality at sea and can become toxic for swimmers. Contact with this seaweed may lead to heart problems, dizziness and headaches,” Çetin warned in an interview with Ihlas News Agency (IHA) on Monday.

The brown algae is in fact an essential part of the ecosystem, harboring small fish and invertebrates and serving as a floating living space for marine creatures. It is also the main staple of food for sea turtles. But it is only valuable in the open sea and its danger to other living beings increases as its distance to the shore decreases. A buildup of sargassum can also destroy corals and seagrasses, experts warn.