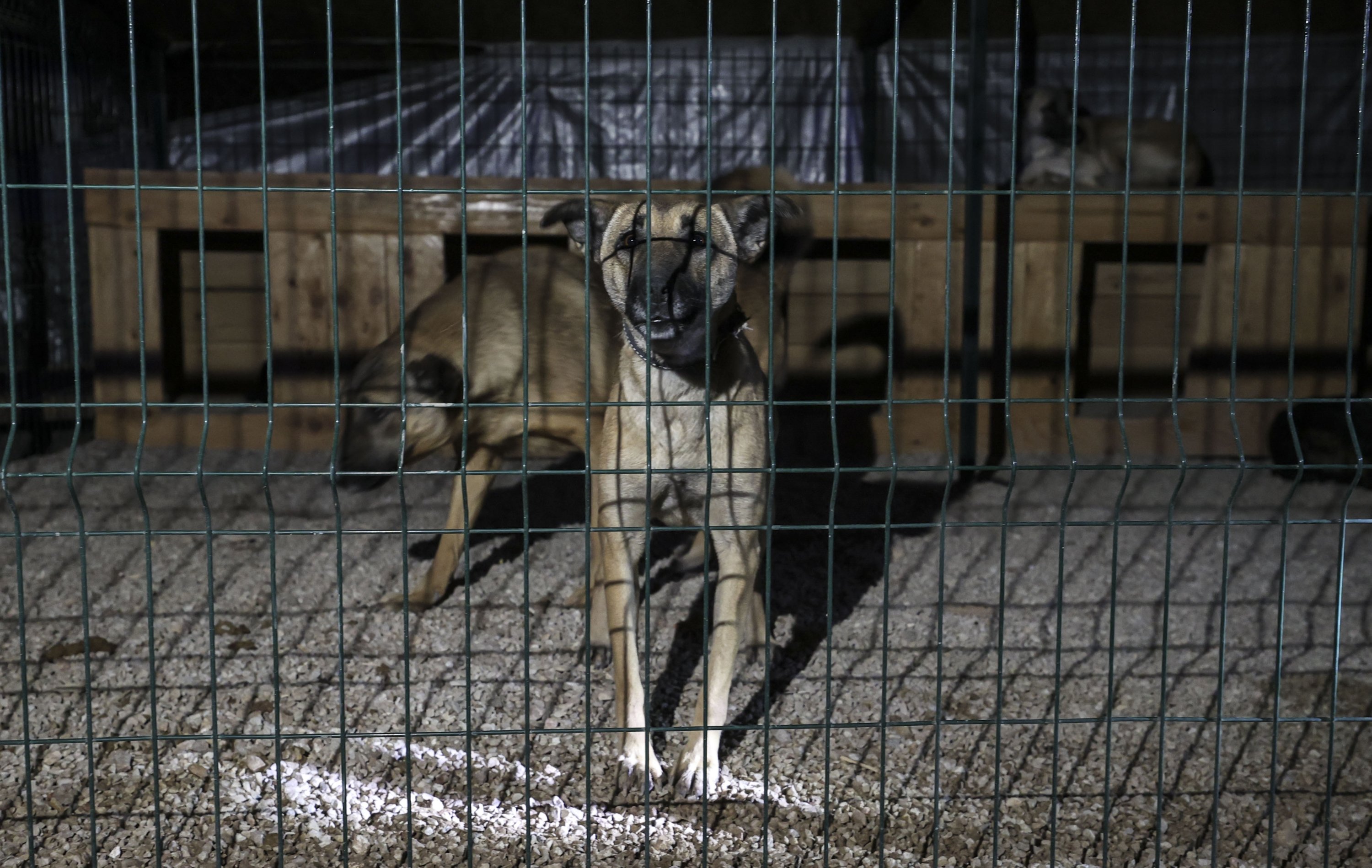 Dozens of dogs trapped in a shelter located in the capital Ankara due to a fire that broke out late Tuesday were saved by the heroic act of the shelter guard.

While the fire has destroyed a part of the shelter, the police have launched an investigation suspecting arson.

The flames spread fast due to the strong winds. The guard called the fire department soon after he heard the dogs barking. He rescued at least 55 dogs before the fire brigade arrived at the scene.

In addition to the fire brigade, Sincan district’s municipal veterinary team also arrived at the scene to medically examine the dogs. Shelter owner Emine Özer has urged animal lovers to lend support after the fire.

“I have been taking care of stray animals for five years with my own means and the support of animal lovers. I’m also taking care of dogs that could not survive on the streets, in the private shelter built four months ago on the land I rented in Sincan,” she said.

“We came soon after the shelter guard called. Fortunately, there were no casualties. We brought 50-55 blankets to prevent the animals from getting cold in this weather. But some of the kennels and care equipment were lost to the fire. Our guard opened the door of the cage where there were two puppies, he took them out,” said Özer, and added that she left the shelter shortly before the fire had started.

Özer said that they leaned toward the suspicion of arson.

Meanwhile, Tülay Danacıoğlu, an animal rights activist, said that as soon as they heard about the fire, they came to the shelter with numerous volunteers and association members.

“The dogs were not harmed thanks to the guard in charge. He opened the paddocks and took the animals out. Thankfully, this is our only consolation right now,” said Danacıoğlu and added that Sincan District Governor Abdullah Küçük called them after the incident and wished them a quick recovery. He also stated that they were following the incident closely.

Danacıoğlu thanked the volunteers, association members, police and municipality officials, and all who came out to support them. “I hope the wounds will heal as soon as possible,” she added.