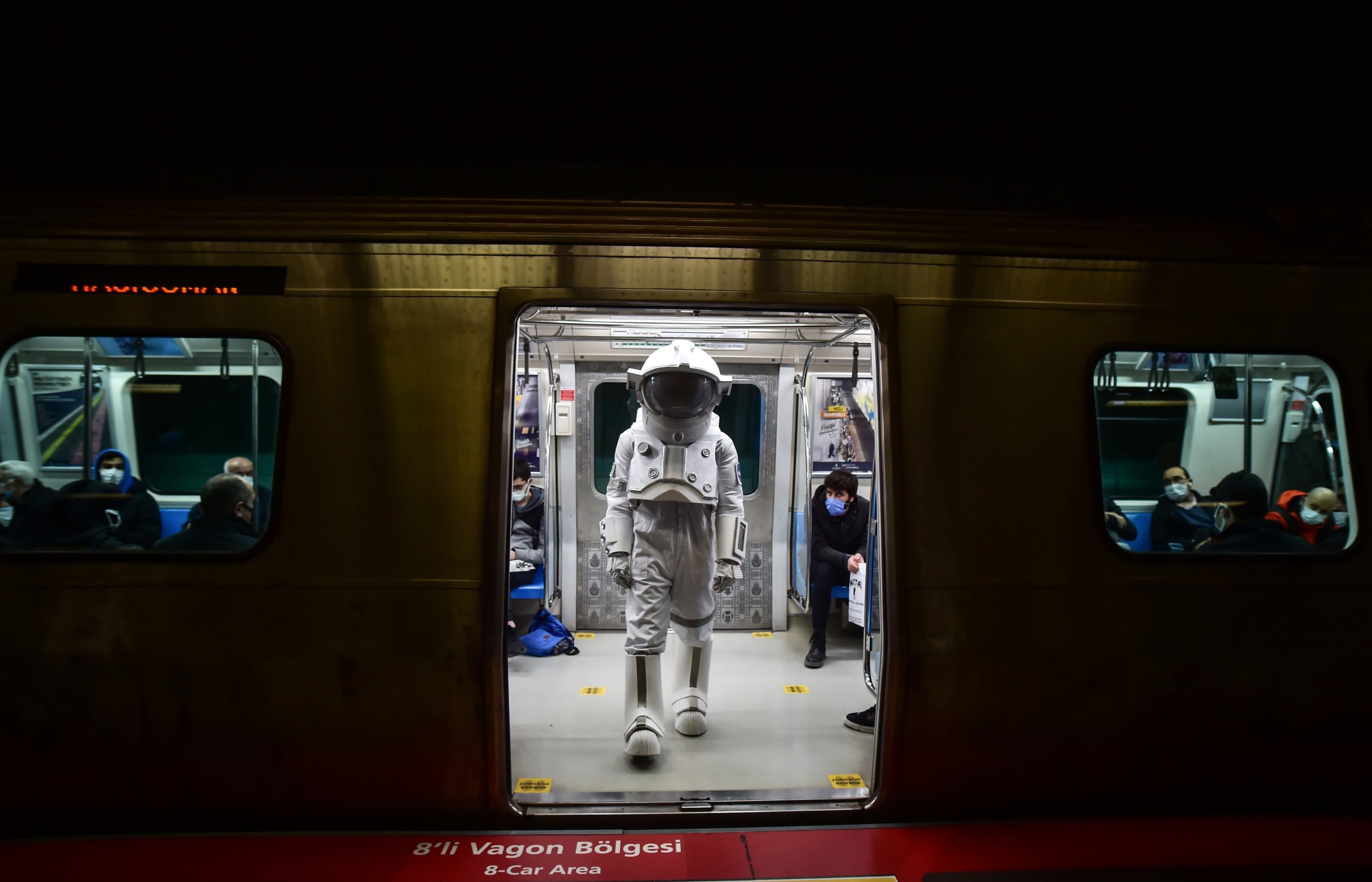 Who would expect to meet an astronaut underground? People who boarded the Istanbul metro on Wednesday experienced just such an interesting thing: An astronaut getting on the subway!

While the passengers of the M2 Yenikapı-Hacıosman metro line showed great interest in the astronaut, some immortalized this moment with their mobile phones. Meanwhile, some passengers took pictures with the astronaut.

The astronaut, who took breaks at several stops, finally got off at the Golden Horn station and enjoyed the impressive view of the historic inner harbor that served as a natural port during the Byzantine and Ottoman periods. Passengers experiencing such a thing for the first time in the subway said that they were very surprised to see the astronaut in the metro.

“At first, I couldn’t understand what was happening. We don’t always see someone in an astronaut suit on the subway, it’s a very interesting sight,” said Uğur Saka, one of the passengers. On the other hand, passenger Atakan Başkan noted that he was very confused and surprised. “When I first saw it, I thought it was a robot, but it was an astronaut. I was amazed when I saw it,” he said.

A man in an astronaut suit is seen at the entrence of the metro station, Istanbul, Turkey, Dec. 1, 2021. (İHA Photo)

It was later learned that the astronaut, who aroused significant curiosity with his spacesuit, was part of an event that is planned to be held in Istanbul sometime in the near future.