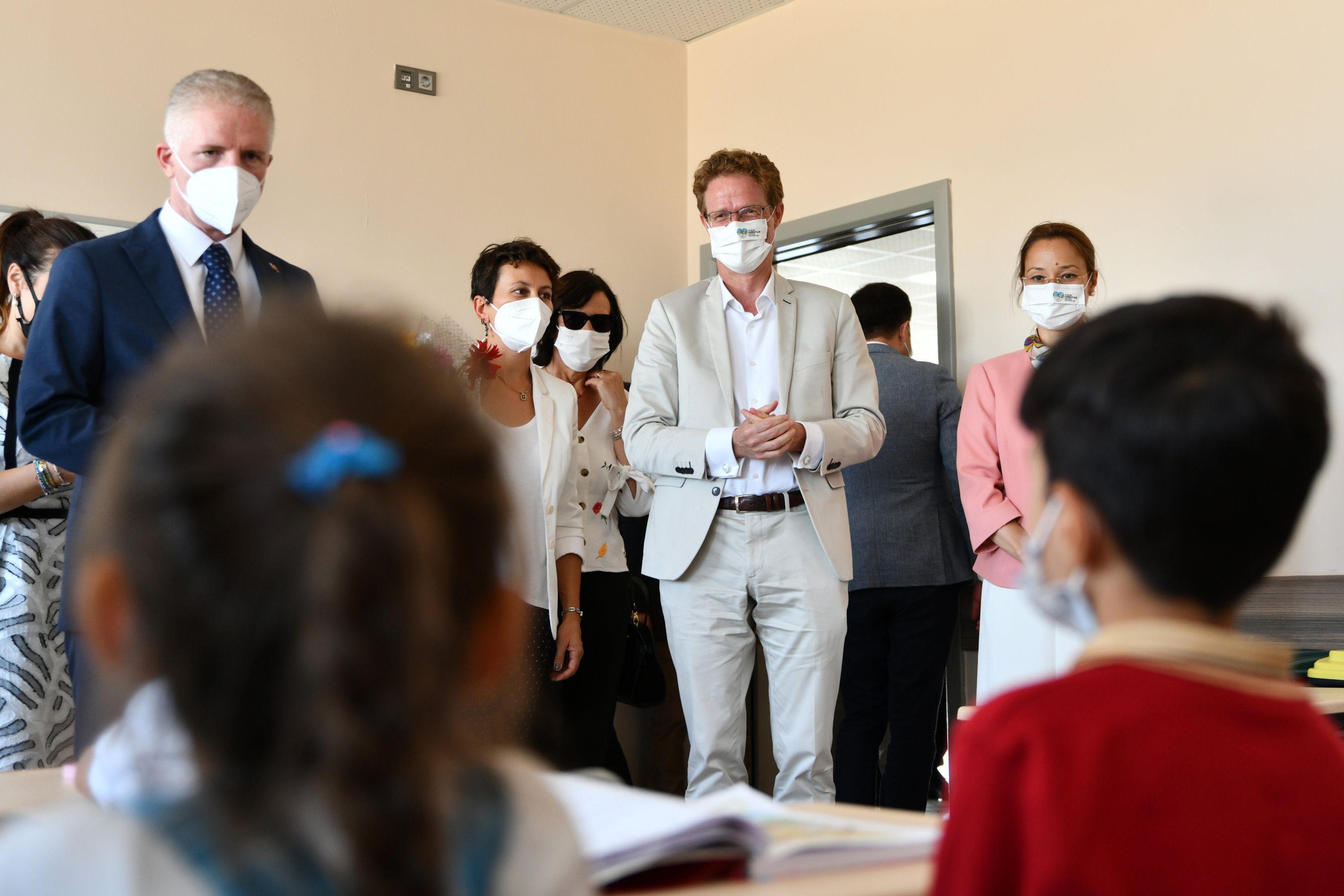 Turkey’s ability to integrate up to 700,000 Syrians into the country’s education system is “a huge and unique success story,” head of the EU delegation to Turkey Nikolaus Meyer-Landrut said on Tuesday.

The Turkish state and public are scoring great successes in the education of hundreds of thousands of Syrian refugee children, Meyer-Landrut said speaking at a school opening ceremony in the southern Gaziantep province.

Meyer-Landrut added that the EU helps as part of its support programs, but that this success belongs to Turkey.

Landrut mentioned that the EU has financed over 400 schools across Turkey, supporting the operational costs, training and employment of teachers.

Thanking the Turkish government and particularly the Education Ministry for their cooperation, Landrut wished success to all the students and teachers.

Gaziantep Governor Davut Gül also stated that they decided to open a school every week from the beginning of the term, adding that a total of 41 schools have been completed this year.

He added that the construction of 54 schools is continuing, with many expected to be completed by the end of 2021.

Umut Gür, the ministry’s official in charge of construction, stated that 1.2 million of the Syrians under temporary protection living in Turkey are of school age.

Syria has been ravaged by a civil war since early 2011 when the regime cracked down on pro-democracy protesters. Hundreds of thousands of people have been killed and more than 10 million remain displaced, according to U.N. estimates.

Turkey hosts nearly 4 million Syrian refugees, more than any other country in the world.

Gür said that while the population of refugees of preschool age is around 127,000, there are 442,000 students of primary school age, 348,000 of middle school age, and 278,000 students in secondary education under temporary protection.

Turkey has made large investments in its social cohesion policies to enable Syrians to integrate into Turkish society smoothly.

In addition to 33,000 university students, more than half a million Syrian children are enrolled in schools across Turkey, according to UNICEF. At these schools, the children learn the Turkish language as well as other disciplines.

Ankara so far has spent around $40 billion (TL 274 billion) on Syrians in Turkey, while the European Union has provided only around 3 billion euros ($3.34 billion) of a promised 6 billion euros – a gap Turkey has long demanded be closed.