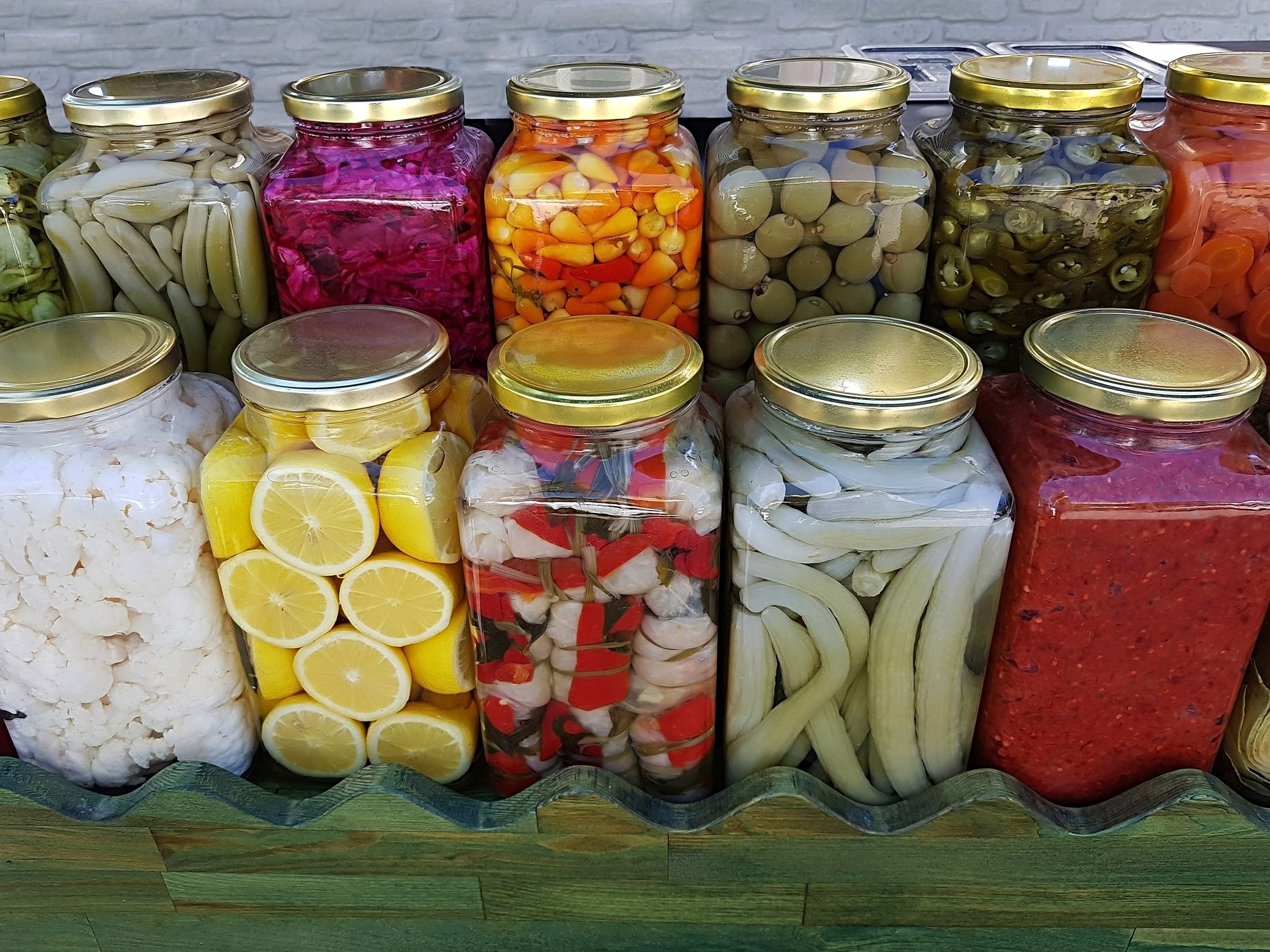 For most traditional households, the arrival of fall is a time of hustling to source the ideal products to then laboriously and communally prepare a variety of household staples that are stored for use later in the year.

Picking a peck of pickled peppers

It’s that time of year when a number of odd-looking vegetables make their way onto stalls throughout the country’s farmers markets and grocery stores. From green tomatoes to prickly cucumbers and purple carrots, much of the produce on the stands during fall are centered around pickling.

Consuming pickles at nearly every meal has long been a tradition in these lands, dating back to earlier than 2000 B.C. A staple for nomadic cultures and a specialty in the Ottoman kitchen, most households in Turkey will have a constant supply of pickles on hand and many will have made them at home. The brine used for pickling in Turkey is pretty basic, with the biggest debate being the addition of lemon juice versus vinegar or both. Turks do like to add chickpeas to the mix of turşu, which is the Turkish word for pickles, and say it helps speed up the fermentation process.

This was and is not always the case however with garlic, mustard seed, coriander, allspice, onions, dill and fennel sometimes included as a seasoning, all recipes stemming from the wealth of pickling variations that have been shared through generations. In Ottoman times, pickles played the role of a salad with Ottoman cookbooks combining the two in the same category. A wide variety of pickles would be prepared at the Helvahane, which during the Ottoman Empire was a kitchen devoted to desserts, preserves and pickles. This kitchen is recorded to have regularly prepared pickled artichokes, cucumbers, capers, turnips, cabbage, grapes, lemons and cherries.

It would be remiss to discuss pickles without mentioning Turkey’s famous şalgam suyu, a bitter dark purple juice of turnip and purple carrots that is consumed with kebabs and savory meat dishes. To accompany fish, the Turks also drink cucumber pickle juice, which in Turkish is turşu suyu.

Fall is considered the best time of year to purchase tomatoes, red peppers and eggplants. Thus, this is when households painstakingly prepare salça, which is the Turkish word for the wonderful tomato and red pepper pastes that constitute a major component of Turkish cuisine. The process is simple: Simply boil the veggies down to a thick and smooth paste that is delicious as a seasoning in dishes or even consumed on its own. Many Turkish foodies will also prepare the base for menemen, which is an egg dish with tomatoes and peppers, and will store jars of sauteed peppers and tomatoes picked at their prime to be used later in the year when those particular products are not at their peak.

Dolma, which in Turkish refers to any dish in which something is stuffed, is also an important category of Turkish and Ottoman cuisine and it is this time of year in which the casings that are used are prepared. Grape vine leaves will be stored in brine, which is referred to as salamura. Peppers, both red and green, eggplant and even zucchini will be hollowed out, dried and strung up to adorn kitchens throughout the country.

Autumn is also that time of year when olives are being picked, preserved and pressed to produce scrumptious morsels, black and green. Green olives are picked earlier and are stored as either çizme or kırma in which either a small slice is cut into the olive or the olive is crushed and then placed in a brine of salt and citric acid. Black olives are soaked in a salamura brine or in sele style, which has less salt. As for olive oil, this is time to find the first presses of this year’s harvest.

Pomegranates are now dropping off of trees, where they hung from as if they were decorative red globe lanterns. Families gather en masse to pick the fruit, the juice of which they stir and boil down to prepare pomegranate molasses (nar pekmezi) and pomegranate sour sauce (nar ekşisi). An important point to note is that, while the molasses version is sweeter than the sour version, the only difference between the two is that they are prepared using sweet and sour variations of pomegranates. Traditionally, sugar is not added to either preparation; however there are now varieties sold in stores that vary from the original recipe and incorporate sweeteners. Needless to say, this is also the season when grapes ripen on the vine, which will also be boiled down by the ladies of Turkish households to be turned into üzüm pekmezi, grape molasses, an item used for baking and consumed at breakfast on its own or mixed into tahini.

Salça is the Turkish word for the wonderful tomato and red pepper pastes produced in the country. (Shutterstock Photo)

A bottle of concentrated black mulberry juice, in Turkish karadut suyu, is my personal go-to. It is a splendid blend of tangy and sweet that is delicious as a syrup, in yogurt and soda or diluted using one part mulberry juice to five parts water to make the perfect juice consistency. There are also a number of unusual jams that are prepared in these months, namely tomato and red pepper jam, both offering delightful flavors of bitter and sweet.

Two staples in nearly every Turkish household, that are the perfect items to have on hand for an easy, fast and delicious meal, are erişte and tarhana. Erişte are short hand-cut dried wheat noodles that are prepared with butter, cheese and walnuts. Tarhana, the world’s first condensed soup, is also prepared at this time of year and consists of finely ground sun-dried tomatoes, red peppers, onions and fermented grains and yogurt.

Get ready for ‘Pastırma Summer’

Referred to in English as an “Indian Summer,” Turkey also experiences an unseasonal rise in temperatures every year sometime in the final weeks of October or early November. In Turkey, this weather phenomenon has been given the name Pastırma Yazı, which means Pastırma Summer, in reference to it being the best season to prepare the Turkish fenugreek-spiced cured meat specialty.

If you are wondering where to find these products prepared by hand, don’t fret as they will be available this season at all farmers markets, charcuterie stores, gourmet online retailers or the very farms where they are produced, such as Palivor Çiftliği and Yerlim.