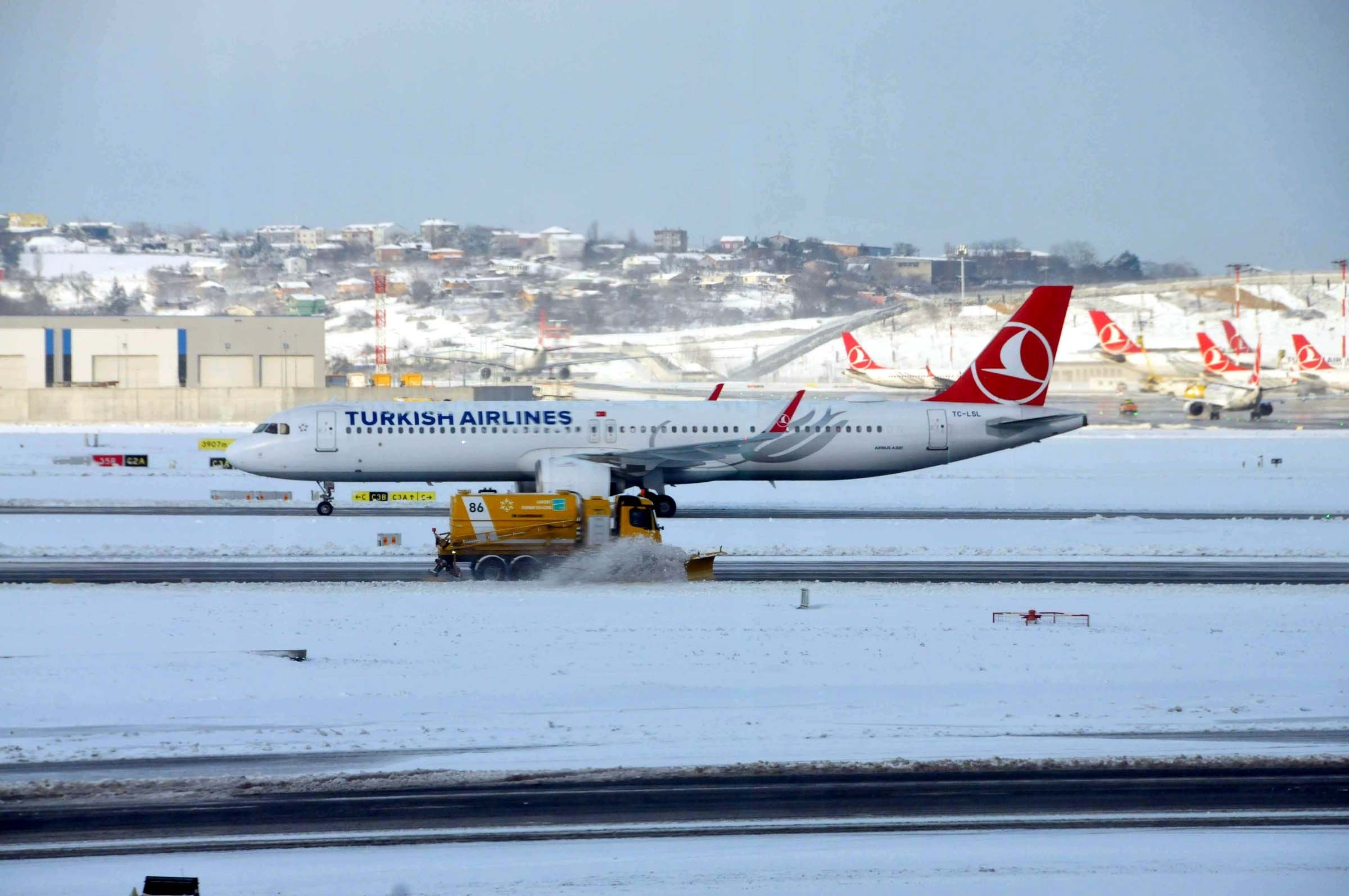 All flights to and from Istanbul Airport were temporarily suspended on Monday due to heavy snowfall in the city, while many other parts of Turkey experienced commuting difficulties due to the adverse weather.

Flights at Istanbul Airport, which was Europe’s busiest last year, were halted until 6 p.m. local time (3 p.m. GMT), officials said, with delays expected throughout the night, while national flag carrier Turkish Airlines (THY) also suspended all of its flights until Tuesday morning.

Many parts of Turkey have been hit with heavy snowfall since the weekend, prompting authorities to shut schools in some parts of the country. Turkey’s Disaster and Emergency Authority (AFAD) has said thousands were stranded due to inclement weather.

The closure of Istanbul Airport affected flights stretching from the Middle East and Africa to Europe and Asia.

It marked the gleaming glass-and-steel structure’s first shutdown since it replaced Istanbul’s old Atatürk Airport as the new hub for Turkish Airlines in 2019.

Turkish Airlines canceled all flights in and out of Istanbul Airport until 4 a.m. on Tuesday, Yahya Üstün, the carrier’s vice president of media relations, said on Twitter.

Üstün also said in another Twitter message that a collapse occurred on the roof of a facility, which serves Turkish Cargo at Istanbul Airport, due to the snow masses and the storm.

“None of our colleagues were harmed by the resulting situation, the process is followed closely,” he said.

The company had earlier canceled 36 flights in and out of Istanbul Airport and 31 at Sabiha Gökçen, the city’s second airport, scheduled for Monday.

Flights at Sabiha Gökçen will be reduced by 15% on Tuesday due to the bad weather conditions, the airport operator HEAŞ said in a statement.

Both THY and Pegasus had canceled dozens of flights over the weekend as heavy snowfall and blizzards across Turkey caused traffic chaos and disrupted travel.

The winter’s first snow created a festive atmosphere across the squares of Istanbul’s ancient mosques, where children built snowmen and tourists were seen taking pictures.

But the heavy snowfall proved to be a headache for the 16 million residents of Turkey’s largest city as it came to a halt. Authorities warned residents against all but essential travel.

The main highway leading to the capital Ankara briefly closed to traffic over the weekend because of fog and heavy snow.

In a statement, AFAD said 4,603 people were stranded across the country and that emergency teams had delivered thousands of containers of food and drinks to them, adding 6,750 people were taken to dormitories in seven provinces nationwide.

The Istanbul governor’s office warned drivers they would not be able to enter the city from Thrace – a region stretching across the European part of Turkey to its western border with Bulgaria and Greece.