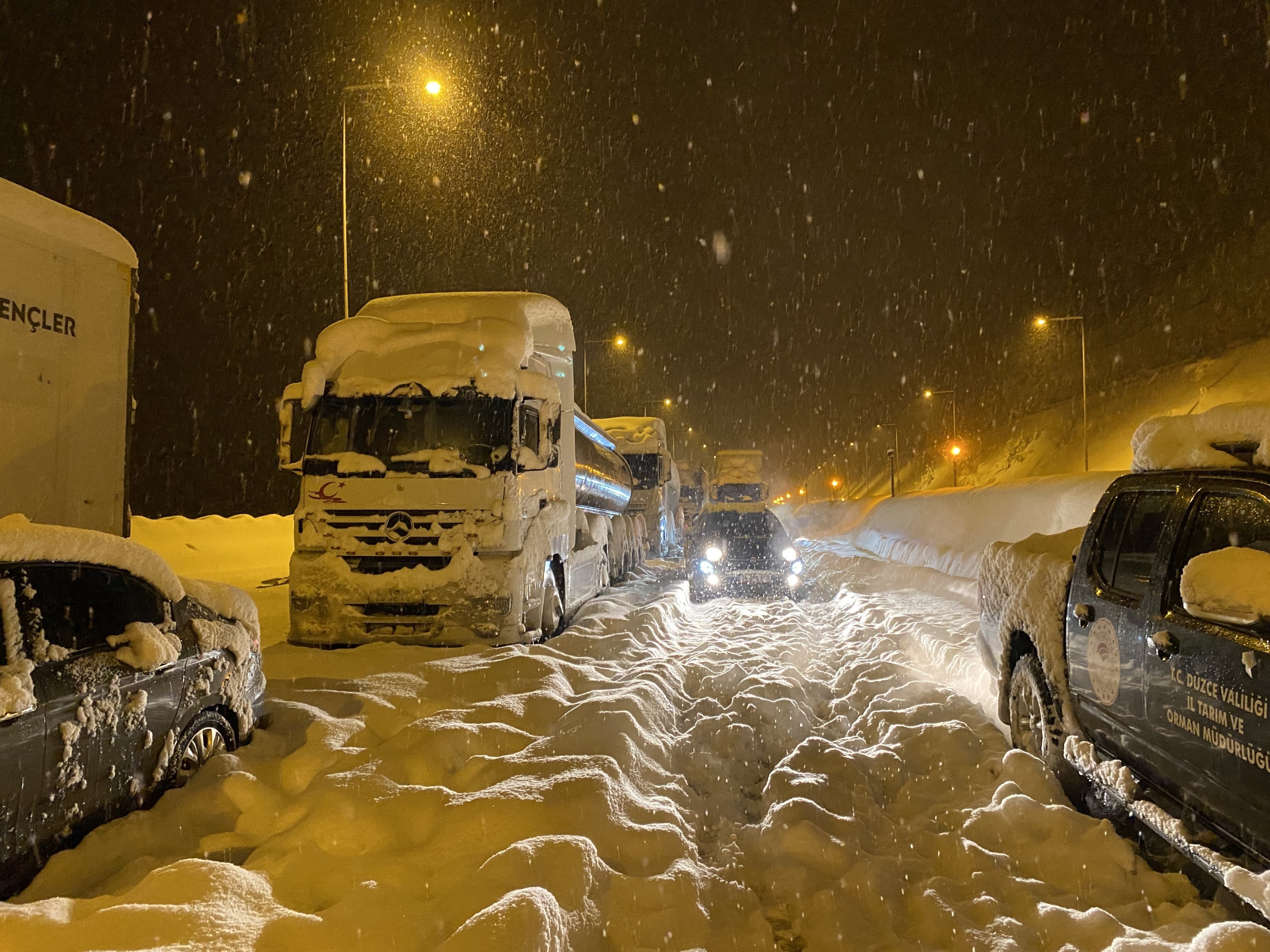 One of two highways connecting Istanbul to the capital Ankara was partially reopened early Monday, after hours of closure due to heavy snowfall and blizzards that took hold across Turkey over the weekend. Efforts to clear the snow enabled resumption of traffic on the D-100 highway, while the Trans-European Motorway (TEM) is still closed.

On Sunday, authorities urged travelers to avoid the highways while stranded passengers and motorists were taken to dormitories, guest houses and other venues near the highways, with vehicles towed to safe areas. Bad weather is particularly affecting a section of the highway on Bolu Mountain. Hundreds of vehicles were trapped along the road for hours, creating lines of vehicles stretching for kilometers. Motorists stopped engines and some left their vehicles to take shelter in rest stops. Earlier this week, 2,000 people were stranded on a major highway in the south. Bolu Governor Ahmet Ümit told media outlets late Sunday that it was the heaviest snowfall since the 1950s in the region and they were not certain when the roads would be fully reopened as ongoing snowfall hindered snowplowing efforts.

Disaster and Emergency Management Authority (AFAD) said in a statement on Monday that a total of 5,206 people were accommodated at student dormitories after they were stranded on roads in the provinces of Bolu, Düzce, Sakarya, Aksaray, Samsun, Şanlıurfa and Sivas.

Heavy snowfall had moved west from inner, southern and eastern parts of Anatolia further to the west over the weekend, with traffic chaos gripping big cities. In Istanbul, three people were killed in a bus accident on Sunday among heavy snowfall while another 18 were injured when a bus crashed into a ditch when the driver lost control of the vehicle amid snowfall and ice on the road. The passage through the Bosporus was temporarily closed as blizzards and precipitation reduced visibility. One person was killed and more than a dozen were injured in another accident on a snowy road in the northern province of Tokat. Extensive snowfall in the southeastern regions led to closure of roads to villages and remote locations.

In Istanbul, the snowfall is anticipated to continue into midweek. The city’s governorate announced that e-scooters were banned from traffic for Monday while motorcycle couriers, who play a crucial role for the delivery of food and basic items during the bad weather, were also banned from traffic for Monday. Universities were also shut down for two days. Disabled and pregnant civil servants were put on administrative leave in the city. Yet, there was no major disruption to traffic in the city in the early hours of Monday while snowfall prevailed.

Yahya Üstün, press adviser for Turkish Airlines (THY), tweeted on Monday that 36 flights from and to Istanbul Airport were canceled for the day due to bad weather.