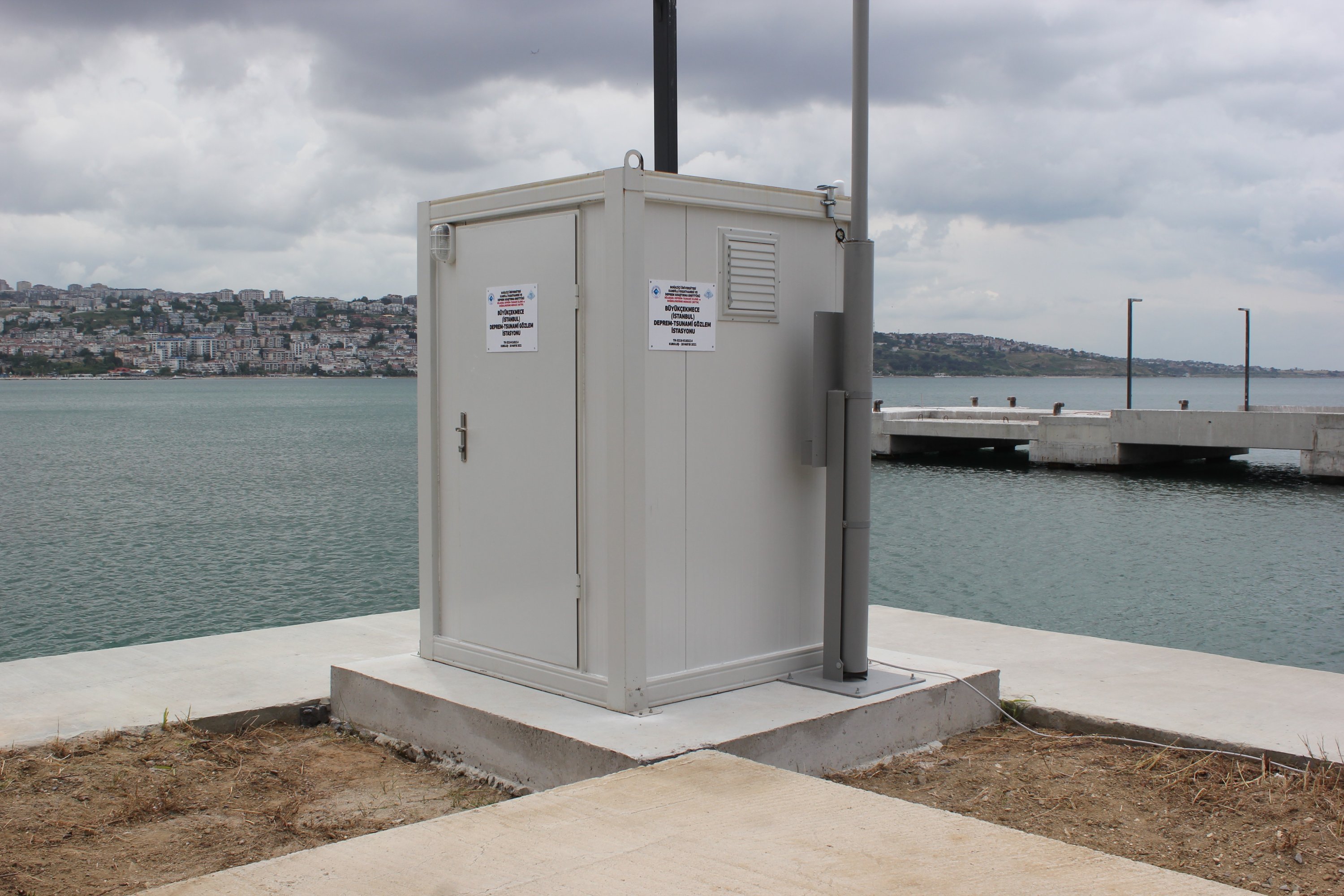 The first earthquake-tsunami observation system for Istanbul, a city where a “big one” is expected to hit in the near future, was opened Monday. The station, equipped with multidisciplinary measurement systems for seismic data, will provide an early warning “between five to seven minutes” in case of a tsunami in the aftermath of an earthquake, authorities say.

Located in Büyükçekmece, a district on the remote western part of the city’s European side, the station will be run by the Kandilli Observatory and Earthquake Research Institute, one of the leading institutions in the country on earthquake studies and warnings. Büyükçekmece is one of the places likely to be affected by a potential major earthquake in the future if the tremor has an epicenter off the coast of the Marmara Sea. The station was established at a marina on the Marmara coast.

Speaking at the opening ceremony of the station, professor Haluk Özener, director of the Kandilli Observatory and Earthquake Research Institute, said they were already running nationwide operations for moment-by-moment earthquake observation with stations established all across the country and were serving the Aegean, Mediterranean and the Black Sea with tsunami warning systems. He said it was the first time that Istanbul would host such a station fitted with equipment that will enable them to examine multiple parameters.

“It will allow observation of earthquakes, meteorological incidents and changes in sea levels. It will later be installed with a GPS station for instant observation of movements in the Earth’s crust. This is an important step in our efforts to reduce earthquake damage. Özener said earthquake observation stations are able to locate the epicenter of any earthquake in 30 seconds, but the tsunami they created required additional observation and different parameters. “It is the secondary risk from the earthquake but devastating anyway, as we have seen in Bodrum (of southwestern Turkey) after an earthquake on (Greek island) Kos in 2017 and after the Izmir earthquake last year. A possible Marmara earthquake will likely trigger a tsunami,” he told reporters.