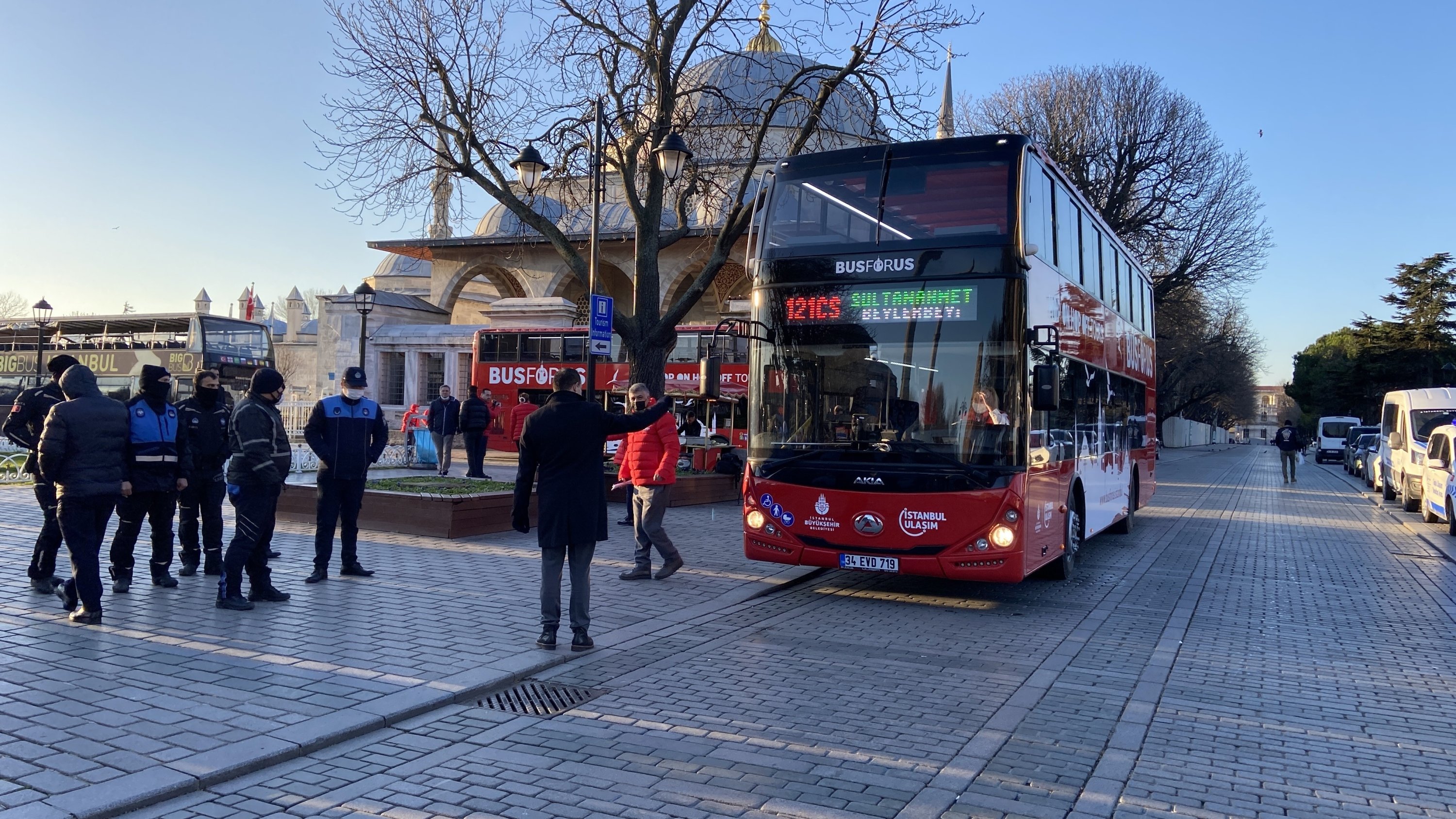 The Istanbul Metropolitan Municipality’s (IBB) decision to launch its own line of hop-on hop-off sightseeing buses has pitted the longtime operator of iconic buses against the municipality.

Company officials claim the municipality illegally ended their work in Sultanahmet Square, where red buses have been serving tourists for a long time.

IBB had launched a new operator, under the name of “Busforus,” earlier this week, with double-decker buses and municipality officials forcibly clearing the square of buses owned by the private-run company. The municipality said the company’s license expired and authority for running tour buses in the city’s historic peninsula was transferred to the municipality’s transportation authority.

The company’s lawyer Abide Gülel Birsen told reporters Thursday that they were illegally removed from their route and they would file a lawsuit against the municipality. She said their contract with the municipality was extended after their license expired last year. “They told us that they would run the line themselves but they have no legal basis,” she claimed. Birsen said that the municipality also violated regulations by using the buses for its new sightseeing service, “furnished like the buses our company-operated.” She added that dozens of people were left without jobs as the municipality terminated their services. She countered claims that their license had expired.

“They evicted us from Sultanahmet and launched their own service without launching a new tender for sightseeing buses. This is something that contravenes the regulations of the municipality’s own transportation coordination body,” she added.

Sightseeing buses are wildly popular among tourists exploring the city’s landmarks. The IBB’s Busforus line will operate between Sultanahmet and Eminönü quarters for 2-hour round trips with an audio commentary service in eight languages on the locations visited.