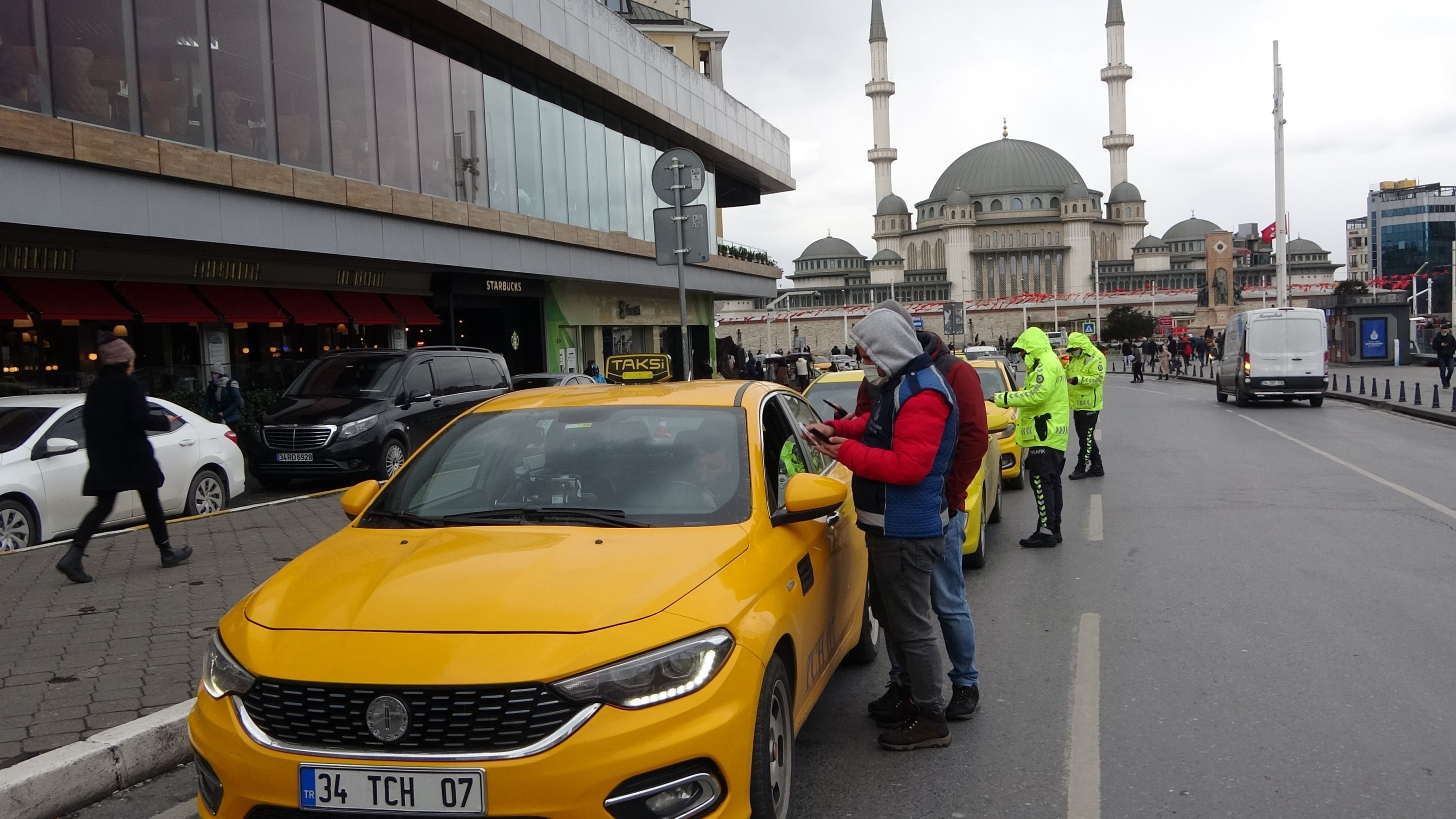 The taxi drivers of Istanbul are once again in the spotlight for harassing customers. A French woman filed a criminal complaint against a driver who first overcharged her and her husband, and then assaulted her when she sought to stop the car.

Loubna and Djamel Bendeddouche boarded a taxi in the city’s Şişli district late Thursday to go to Taksim Square. On arriving at the destination, the unidentified driver allegedly overcharged them and, when the couple refused to pay the extra amount, he locked them inside the taxi after a heated argument. After a while, he forced her husband to leave the taxi and continued driving while Loubna stayed inside the taxi. Cellphone camera footage that emerged on Friday shows the driver dragging the woman out of the taxi. The footage also shows the driver hurling insults at the woman who was resisting him.

The woman told Demirören News Agency (DHA) on Friday that their trip cost $1.5 (TL 20) according to the taximeter and so they handed $7.45 (TL 100) to the driver. When they asked for change, the driver refused, she claimed. “He told us that the ride took too long because of traffic and asked for more money. My husband gave up and got off but he pulled him in and started driving. He finally stopped and took me outside. He started hitting me, pulled my hair and tore off my coat. He broke my fingernails,” she said.

Istanbul’s taxi drivers often face complaints about their behavior toward customers. Turkish customers claim the drivers ignore them, especially in the city’s tourist-dense districts, and pick “moneyed” tourists instead. Tourists, on the other hand, accuse drivers of overcharging them.

Police and the Istanbul municipality’s traffic officials stepped up their inspections of taxis after complaints piled up especially last year. Istanbul Metropolitan Municipality (IBB) announced on Thursday that more than 160,000 inspections were carried out against taxis and mass transit minibuses in 2021, and a total of $208,000 (TL 2.8 million) fines were issued to those found violating the rules. Between 2020 and December 2021, nearly 3,000 inspections were carried out against taxi drivers who were accused of ditching customers seeking short-distance fares and overcharging customers. Along with fines, 176 taxi drivers had their cars temporarily impounded for violation of rules.

Some drivers blame the workload they face, which necessitates them to earn as much as they can in a short time to cover their costs, for only accepting long-distance rides. The municipality says having more taxis on the streets may be a solution for customers who cannot “find” a taxi. Yet, proposals to introduce thousands of additional taxis to the city have been repeatedly rejected by the politically divided municipal assembly.