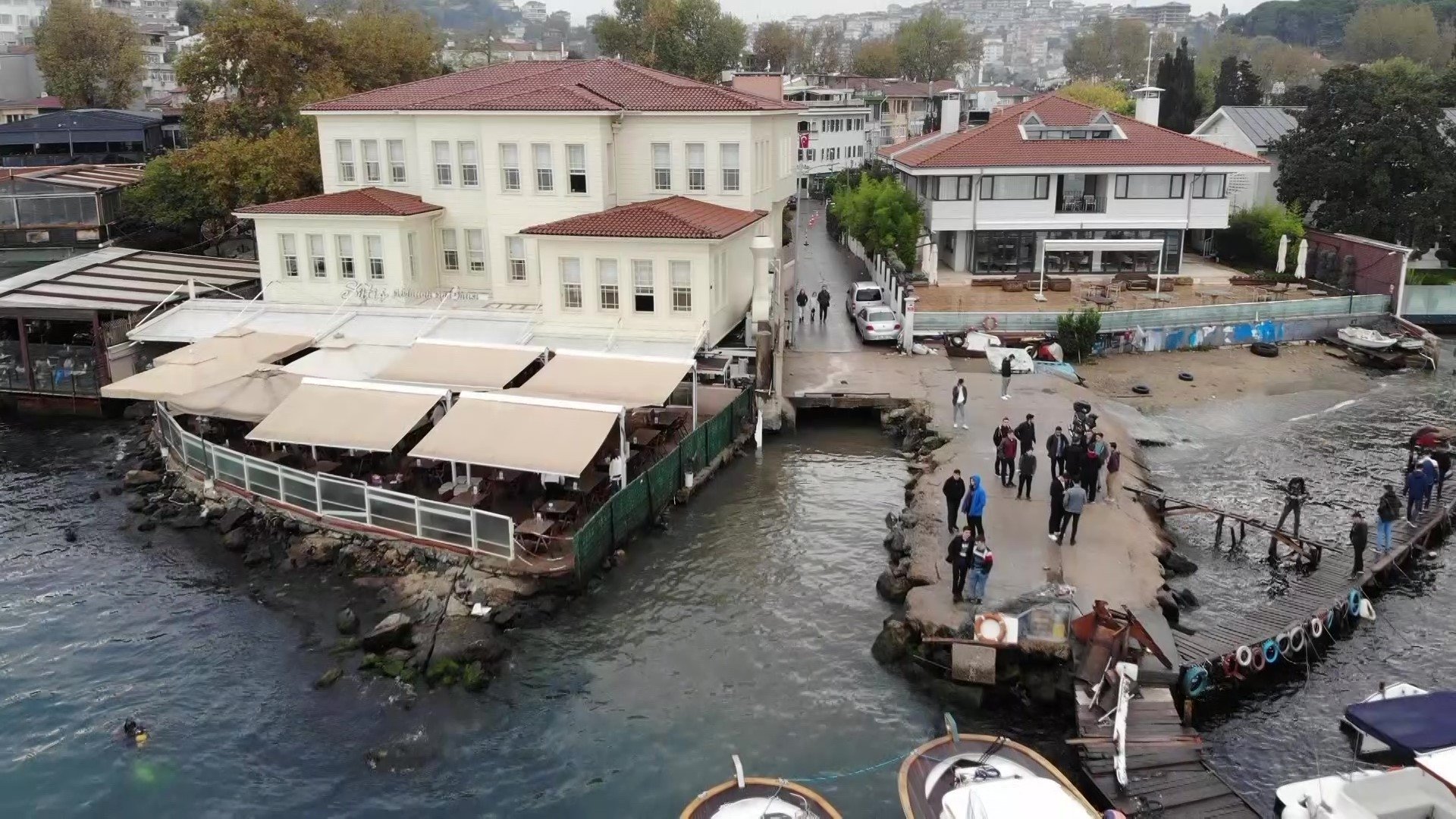 Residents in Istanbul’s Asian neighborhood of Çengelköy recently raised their voices for the rehabilitation of a small stream carrying sewage to the Bosporus that has been irking visitors and businesses on the seafront.

Located entirely within the Üsküdar district, the Bekar Stream is one of many small precipitation-fed streams that arise from the hills overlooking the Bosporus. Despite its mere 2-kilometer (1.2-mile) course within a narrow valley, the stream gets heavily polluted by sewage.

Almost the entire course of the stream is covered by roads, thus hiding the pollution from locals. However, its mouth, where a small fishermen’s wharf is also located, is one of the few public areas on the Asian side of the Bosporus that is mostly covered by seafront mansions and businesses.

Several businesses were seen to have installed large fans directed at the mouth of the stream to keep the smell away.

Latif Özenler, a Çengelköy resident, told IHA that the seabed is reminiscent of the scenes from the Golden Horn, which was entirely covered in a slime that produced an awful smell before extensive cleaning and rehabilitation efforts that bore fruit in the mid-1990s.

Can Cumurcu, the mukhtar of Çengelköy, earlier told Anadolu (AA) Agency that there had been numerous projects over the years, including a 1.1-kilometer (0.68-mile) main sewer collector that is on hold due to the possibility of harming the trees on the main street.

“We cannot find a mechanism that we can address, or have consultations with,” Cumurcu said.

A project was launched by the IBB in 2012 for a 4.3-kilometer-long wastewater tunnel between Beylerbeyi and Küçüksu neighborhoods to collect all open-ended streams and sources of pollution. The IBB had announced in June that the project is expected to be completed by the end of October and the wastewater will be directed to a treatment facility in Küçüksu.

Most of Istanbul’s streams, now confined to tunnels, run polluted due to rapid and unplanned urbanization and years of neglect and a lack of inspection. The problem was especially overlooked in the Bosporus, where strong surface and underwater currents help carry the pollution from its sources.

However, water pollution and wastewater management recently made headlines in Turkey and around the world when the coasts of the Marmara Sea were covered in mucilage, a natural phenomenon also known as sea snot, that occurs due to the rapid increase of organic materials.