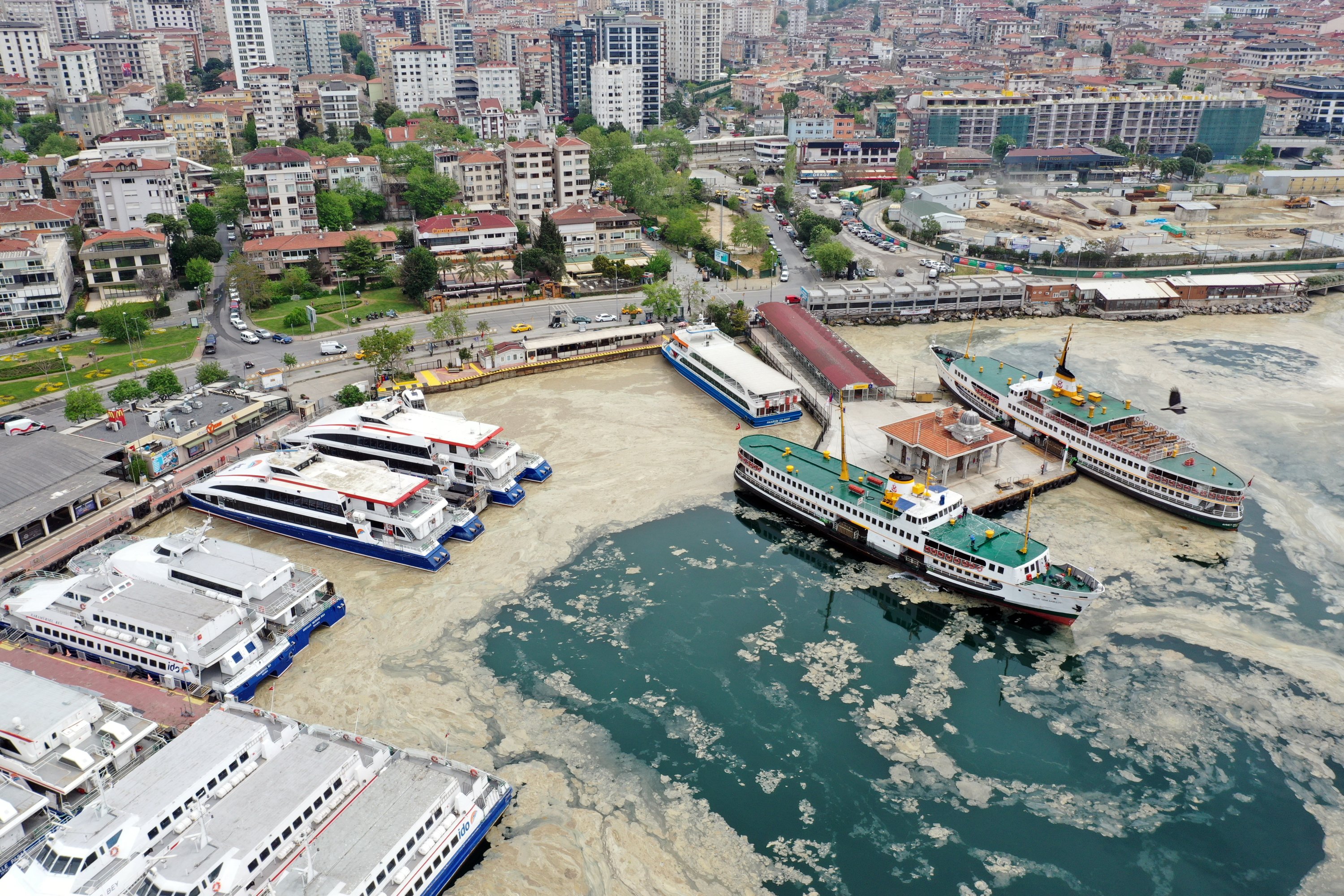 Sea snot, or mucilage, a thick layer of viscous fluid that has been spreading across the Marmara Sea for months, is now threatening the underwater marine life and the livelihood of divers hunting for fish.

In Istanbul, which has one of the longest shorelines on the Marmara Sea, the phenomenon is visible off almost every stretch of the coastal strip, both on the Asian and European sides of the city divided by the Bosporus.

The mucilage, a sore sight and a disturbing occurrence with the stench it emits, is creating problems for those who work as commercial divers. Volkan Yelkenkaya, a diver who makes a living hunting sea snails, told Anadolu Agency (AA) on Sunday that the snot affected business as it reduced visibility underwater. “Our work reduced up to 70%,” he complained. Hakan Kara, another diver, says the snot, more visible at the ports and on the surface, was actually “10-15 times higher under the water.” “It is in pieces but everywhere. The bottom of the sea is completely covered with snot. Sea horses, crabs, small fish and any marine creatures living there die because it clogs their gills. We need an urgent solution to this situation,” he warned.

At Bostancı harbor on the Asian side of Istanbul, passenger ships and small boats are surrounded by the thick substance. Burak Yenilmez, who works on a ship in the harbor, says the snot emerged in the past as well but this year, it was “more.” “It is exceptional and authorities should take measures. Nobody came here to check on it, to do something about it,” he complained. Sait Sancak, a passenger who says he is a frequent traveler to Princes’ Islands from the harbor, echoes his remarks. “I have been traveling here for 15 years and there used to be (snot) at some times. But it is worse this year. It is such a dirty sight, and it stinks. The municipality should do something about this,” he said.

For its part, the municipality says the snot will “go away” in a month or two. In a statement, Istanbul Metropolitan Municipality (IBB) said the mucilage was a quite common, seasonal biological process, especially in seas like the Marmara. “Currents, temperature and the salt rate at sea are factors in the emergence of mucilage. The mucilage may disappear when the seawater is warmer and temperatures go back to the seasonal normal,” the statement said. IBB said the examination of samples from the sea showed the process was not creating any pollution and does not contain any hydrocarbon waste.