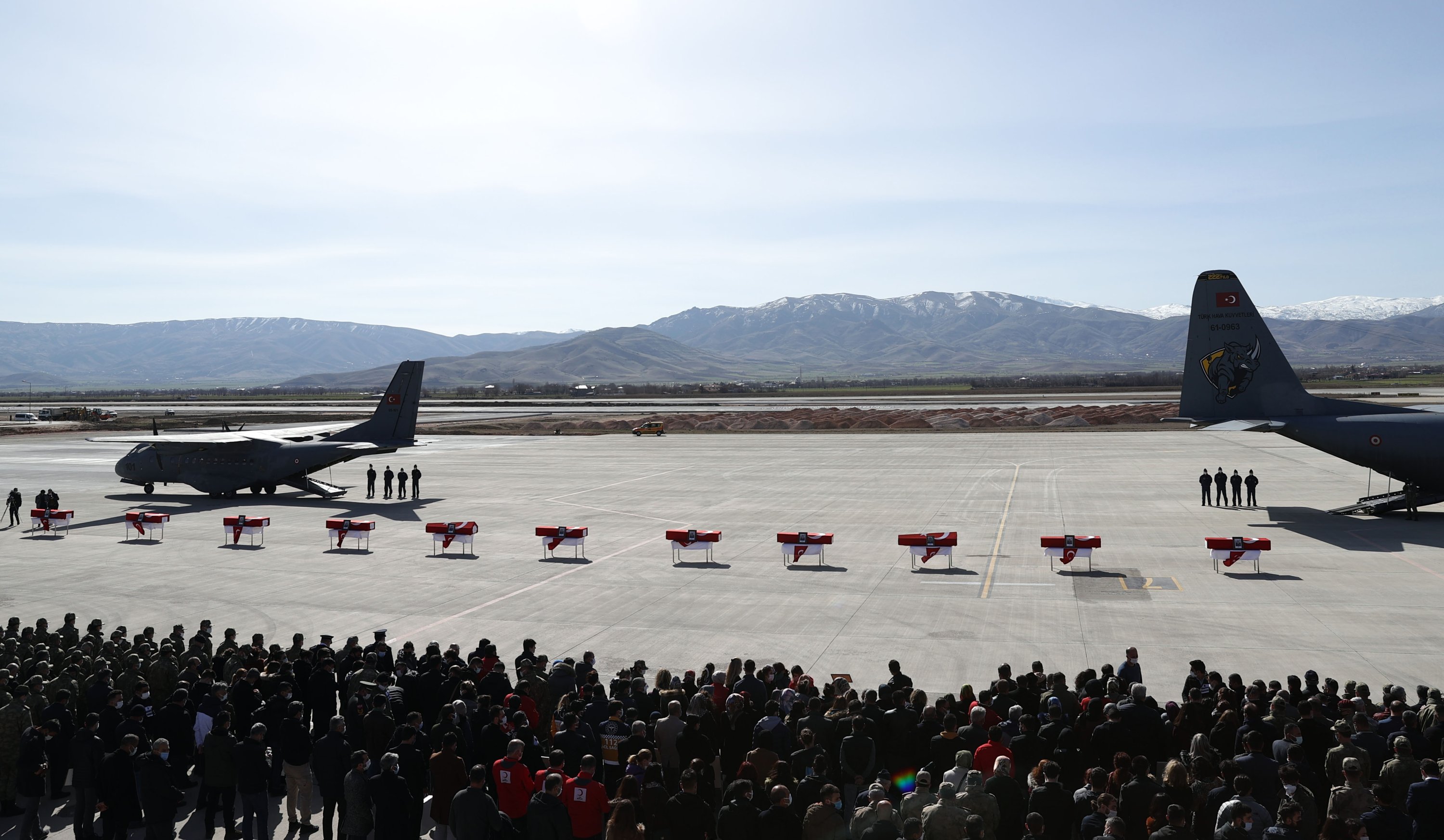 The first of three separate funerals for 11 soldiers who died in a helicopter crash on Thursday, was held in the eastern province of Elazığ on Friday. Top military officials and families of soldiers attended the ceremony where flag-draped coffins were taken to a military plane. A “state ceremony” for the soldiers was scheduled later on Friday in the capital Ankara before their bodies were taken to their hometowns for funeral prayers and burial.

The soldiers, including a general, were killed and two others were injured when a military helicopter carrying them crashed in the eastern province of Bitlis. Authorities had announced that they lost contact with Cougar military helicopter that took off from Bingöl for Bitlis about half an hour after it took off.

A relative of one of the victims touches his photo carried by a honor guard during the military funeral, in Elazığ, eastern Turkey, March 5, 2021. (AA PHOTO)

Following the funeral, the bodies of the soldiers were sent to the capital Ankara for a state ceremony, which is set to be attended by President Recep Tayyip Erdoğan.