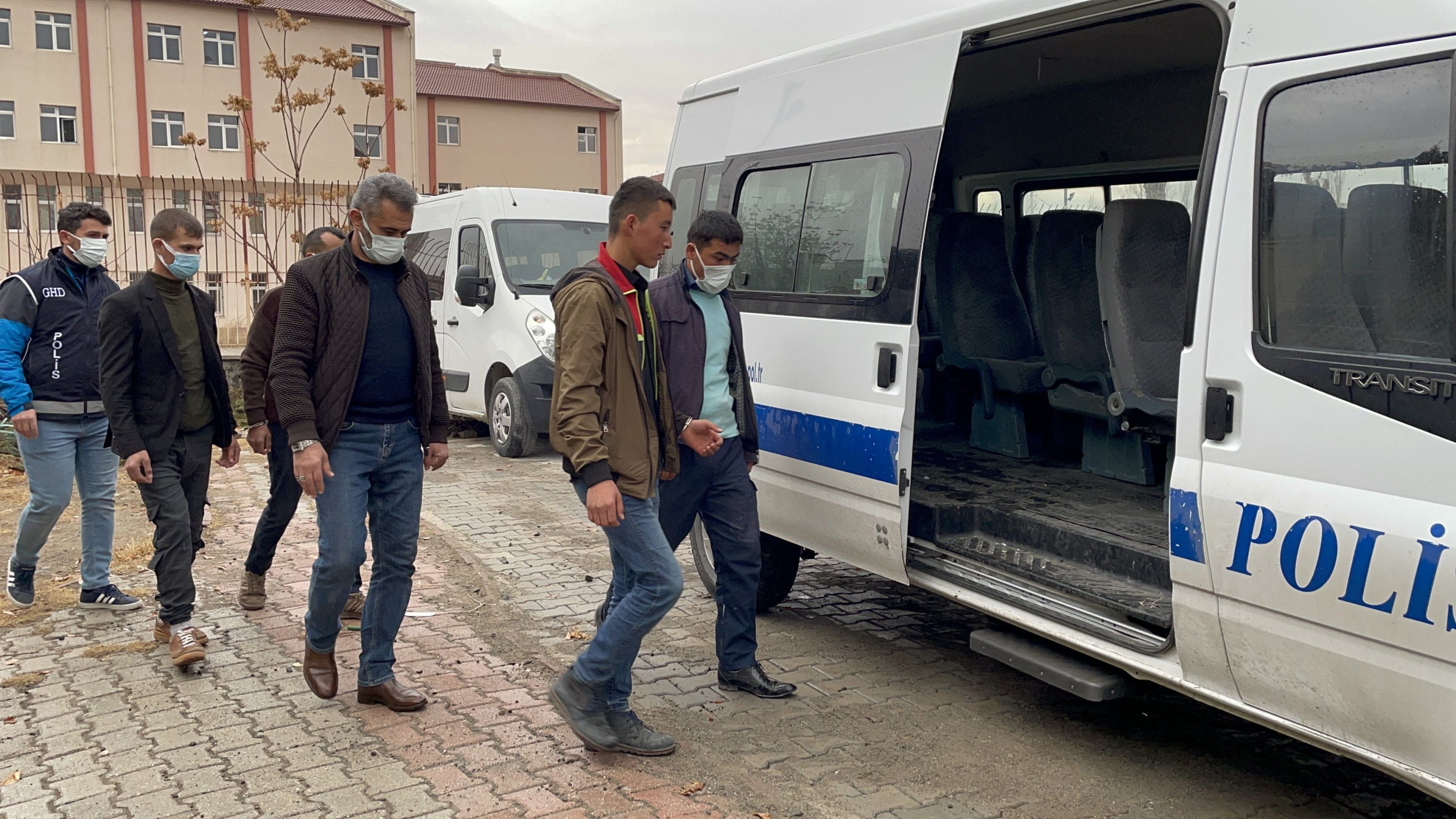 Some 87 migrants, mainly from Afghanistan and Pakistan, were hiding inside a truck in the southeastern province of Şanlıurfa, said the sources who asked not to be named due to restrictions on speaking to the media.

Turkish gendarmerie teams in Siverek district were tipped off that a group of foreign nationals would be dispatched to the country’s western provinces by trucks.

The truck carrying the migrants was stopped by security forces on the Siverek-Diyarbakır Highway.

The driver was arrested, while the migrants were referred to the provincial migration office.

Meanwhile, 228 Syrian nationals who were found to have entered the country through illegal means were caught in the southern Hatay province that borders Syria.

As a result, 228 Syrian nationals were held.

It was learned that the Syrian nationals will be deported after procedures at the provincial immigration office.

Turkey has been a key transit point for asylum seekers aiming to cross into Europe to start new lives, especially those fleeing war and persecution.

In the face of a new potential migrant wave due to the instability in Afghanistan, Turkey has maximized measures on its eastern border. Turkey is continuing efforts to bolster the security of its border with Iran to prevent any new migrant wave in the face of the recent developments in Afghanistan. The beefed-up border measures in Turkey, which already hosts nearly 4 million Syrian refugees and is a staging post for many migrants trying to reach Europe, began as the Taliban started advancing in Afghanistan and took over Kabul last month.

Turkey is not the only country putting up barriers. Its neighbor Greece has just completed a 40-kilometer (24.85-mile) fence and surveillance system to keep out migrants who still manage to enter Turkey and try to reach the European Union.

Authorities say there are 182,000 registered Afghan migrants in Turkey and up to an estimated 120,000 unregistered ones. President Recep Tayyip Erdoğan urged European countries to take responsibility for any new influx, warning that Turkey had no intention of becoming “Europe’s migrant storage unit.”

Turkey has been a key transit point for asylum-seekers attempting to cross into Europe to start new lives, especially those fleeing war and persecution. Concerns have risen over a possible spike in migrants from Afghanistan, due to the United States’ pullout from the country and the following surge of Taliban attacks. Turkey has made it clear that it will not bear the burden of the migration crises experienced as a result of the decisions of third countries.

Turkey hosts nearly 4 million refugees – more than any country in the world. After the Syrian civil war broke out in 2011, Turkey adopted an “open-door policy” for people fleeing the conflict, granting them “temporary protection” status. Afghans are believed to be the second-largest refugee community in Turkey after Syrians. Many of the migrants arriving via Iran are heading for Istanbul to find work or passage to another coastal city from which to embark for Europe.

Referring to the measures taken in Lake Van, one of the transit points of irregular migrants, Mehmet Emin Bilmez, the governor of the eastern Van province, said: “Our teams are patrolling in and around the lake. The radar system on the newly arrived boats has made our job much easier. We saw a 57-person boat on an inflatable boat, which we come across mostly in the Aegean Sea, the other day. We caught the migrant group. As our teams approached, the boat started to take on water. If the coast guard had not arrived, we would have faced another disaster.”

Turkey has launched a new unit to prevent smuggling activities and ensure security on Lake Van. The Turkish Coast Guard Command has been playing an active role in preventing irregular migrants from being taken to other provinces by boat.