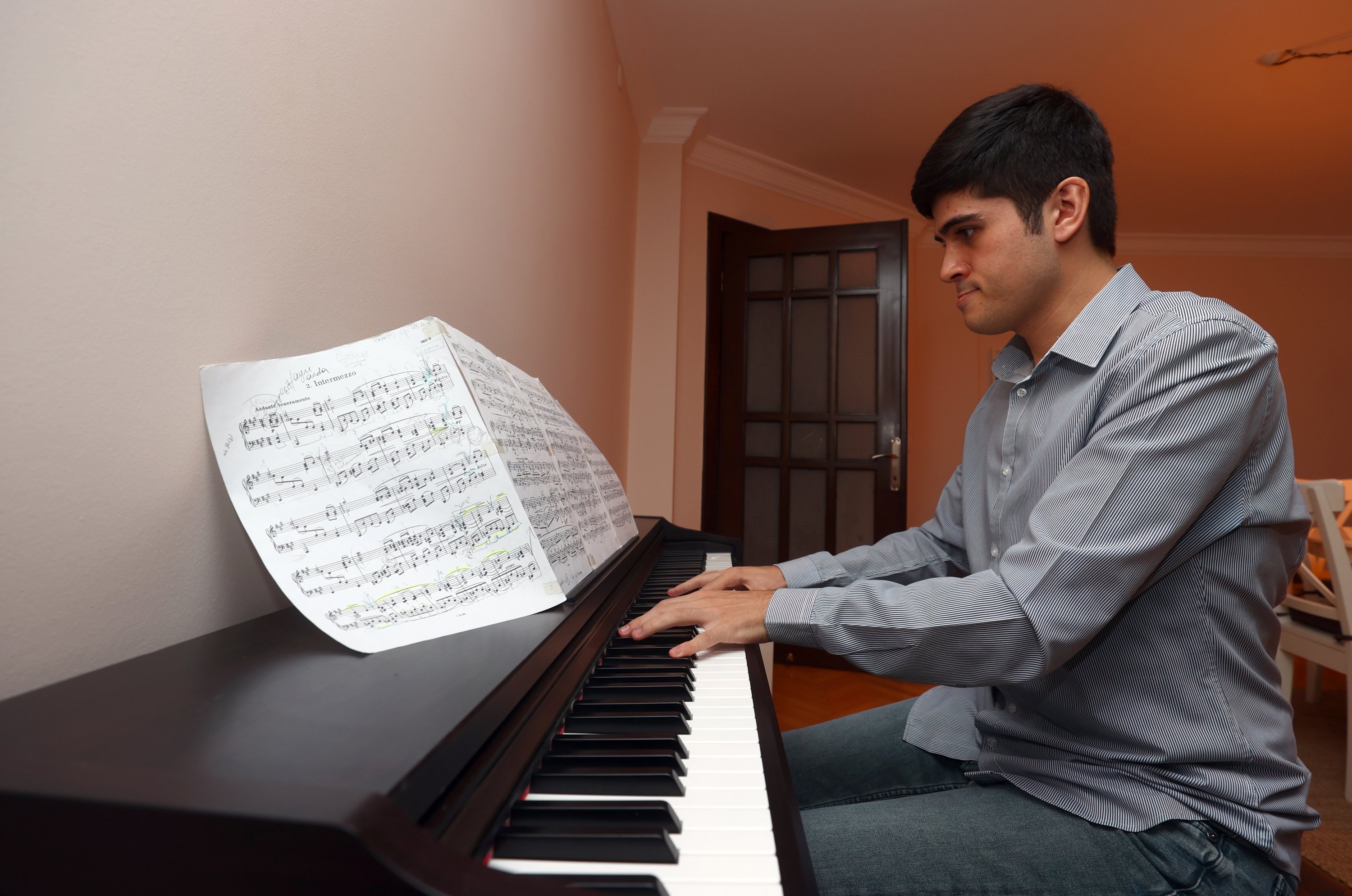 Buğra Çankır is already distinguished from his peers as someone with perfect pitch. The musical genius now has another title: Turkey’s first doctoral student with autism spectrum disorder (ASD). Twenty-seven-year-old Çankır earned his new position when the Council of Higher Education (YÖK) lifted the foreign language requirement for doctoral students with autism after his father campaigned and wrote a petition. It is a major milestone for people with autism, who suffer from a lack of awareness about their condition, which hampers their social integration.

A lecturer at Ankara University of Music and Fine Arts, the musical savant now aims to go further with doctoral studies. “I want to further my education and do my best. I want to be a world-famous autistic artist,” Çankır, who suffers from communication difficulties due to his condition, told Anadolu Agency (AA) in a brief interview on Thursday.

Çankır was diagnosed with autism spectrum disorder at 3 years old and was an early learner, ahead of his peers by learning how to write some six months later. But piano classes he took later were the turning point in his life. When Çankır was still 10, his music teacher suspected he might have perfect pitch, a rare ability to re-create a given musical note without any reference tone. His parents took the young boy to the University of California, where they tested him for this skill. He received 36 full points from the perfect pitch test conducted by the university and was chosen as having the most sophisticated perfect pitch among 664 people. Back in Turkey, however, his music education hit a snag when he was not admitted to conservatory middle schools due to his autism. After completing a fine arts high school, Çankır graduated from a state conservatory in 2016.

A successful concert pianist since then, Çankır also managed to be the first student with autism to pass postgraduate exams, which he took at the music department of the Institute of Social Sciences at Afyon Kocatepe University, before passing the doctoral degree admission exam at Ankara University of Music and Fine Arts.

“He paved the way for talented autistic people and I am proud of him for this reason,” his father Kemal Çankır says. He hails the “historic” decision by YÖK after his petition for the removal of the foreign language exam requirement. “Buğra worked for five hours every day after he was eligible for doctorate and passed the admission exam. We are very happy,” the father said.