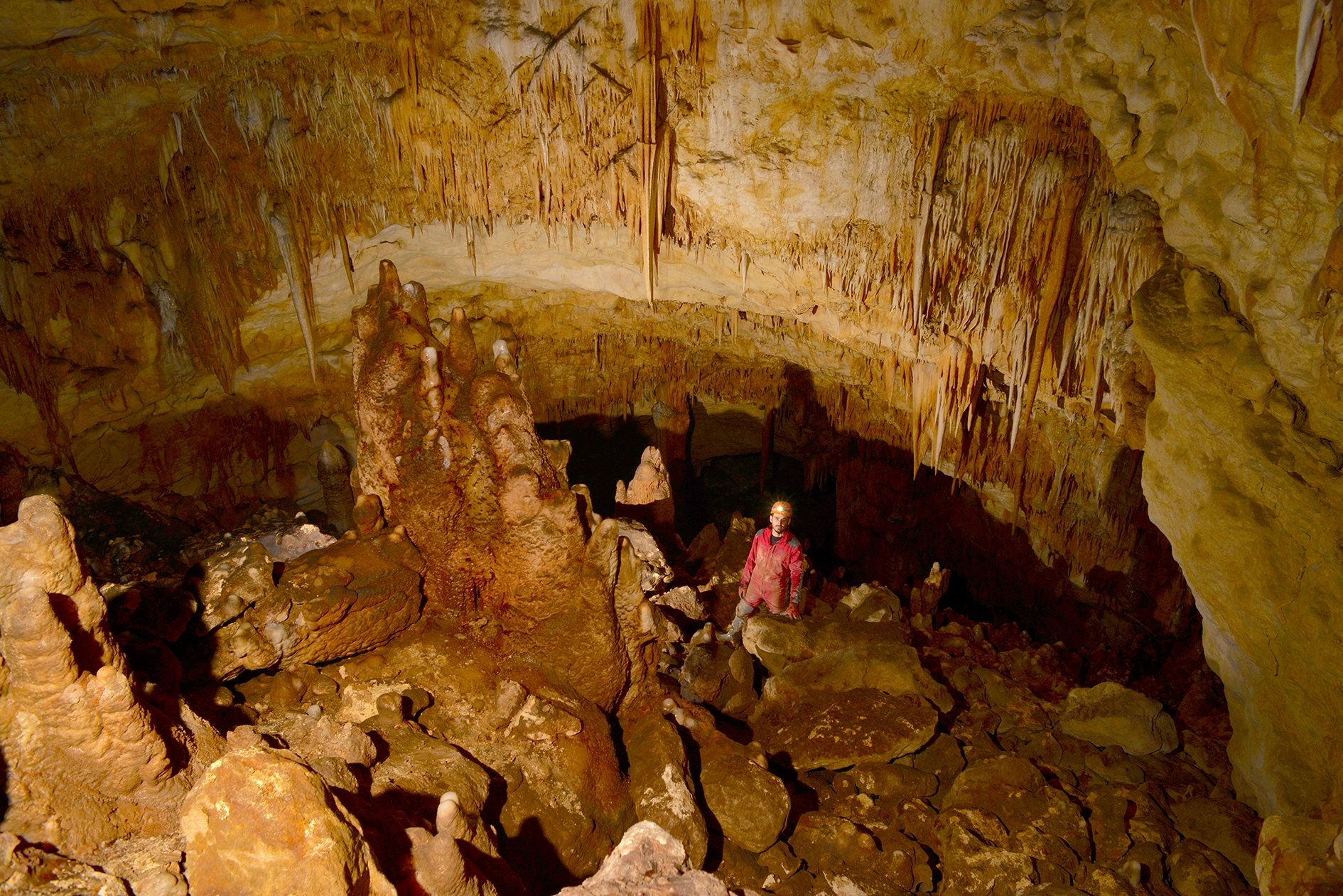 Researchers uncovered new galleries in Yarımburgaz, one of the few known caves in Turkey’s biggest metropolis Istanbul. The galleries may shed new light on the cave, whose existence dates back millions of years and has been inhabited as far as back in the Paleolithic Age.

No traces of ancient human life were found yet in the galleries located some 1 kilometer (.62 miles) below the entrance of the cave, but experts found out that it remained intact, with stalactites and stalagmites undamaged.

The cave is named after the Istanbul neighborhood in Başakşehir, a flourishing suburb on the European side, located just 1 kilometer from a sprawling residential area.

Yarımburgaz has attracted the interest of researchers since the 19th century, when Carl Eduard Hammerschmidt, an Austrian mineralogist who changed his name to Abdullah Bey after he migrated to Turkey, became the first person to conduct a geological study there. More studies by geologists and archaeologists followed and nowadays, a group of archaeologists and geologists, joined by professional spelunkers, have launched a new expedition to previously undiscovered parts of the cave.

Dr. Metin Albukrek, a spelunker among the expedition team, told Anadolu Agency (AA) said that the cave was fully mapped by a team working there between 1985 and 1986, but their expedition discovered places uncharted in those maps. He said galleries extended farther than they had realized, and they did not expect to see signs of human settlement, as the galleries were “too deep.” He said further studies would be conducted in the cave for detailed measurements and signs of habitation by species other than humans and that their work aimed to preserve Yarımburgaz for cave tourism.

He noted that treasure hunters had previously damaged the cave. “They dig out every spot and damage it. They hope to find gold or other precious items here, but there is nothing. They even dig the spots that survived from a time preceding human settlements here. We need to raise more awareness on this issue. Treasure hunters also damage stalactites whose formation takes thousands of years,” he lamented.

Dr. Emre Kuruçayırlı, another member of the exploration team, said the cave’s entrance was adorned with Byzantine and Roman-era niches and Yarımburgaz served as a “cult” site in ancient times. Kuruçayırlı said the human settlement in the cave dated back to 600,000 years but neither they nor previous teams exploring the site had come across human remains. “But expeditions uncovered tools made by humans,” he added. “This is a rare, precious site in Turkey. We have only four places in the country with findings that old and Yarımburgaz is only the second site with Paleolithic findings along with Karain Cave in Antalya,” he said.

Turkey is rich in caves although Istanbul has few natural caves and none are as old as Yarımburgaz.