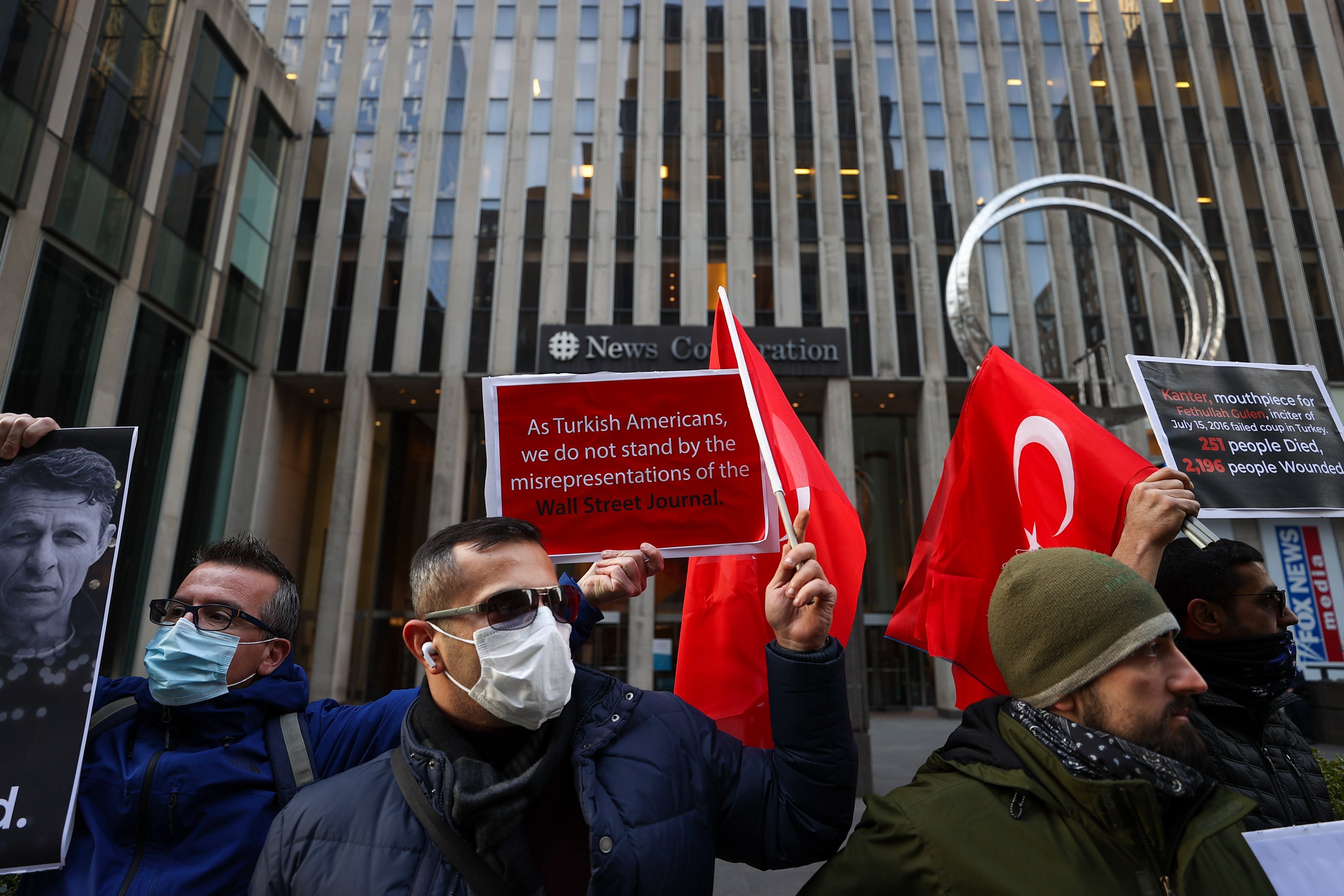 A defamation campaign advertisement by members of the Gülenist Terror Group (FETÖ) against Turkey has been removed in New York City after backlash from the Turkish community.

In addition to the reactions of hundreds of Turkish people, Mutlu said the TASC also reached out to the managers of the advertising company and informed them about the terrorist group’s activities and its coup attempt in Turkey.

“They told us they were not aware of these (things). They only broadcast the ad as a commercial enterprise,” he said.

Mutlu said he told the company that the ad would hurt the Turkish community in the U.S., and they would file a lawsuit if the company did not remove it.

“When they realized the determination of Turkish society, they removed the ad,” he said.

TASC Vice President Israfil Demir said he was proud that the Turkish-American community raised its voice against the defamation campaign by FETÖ members.

“A Turkish diaspora is emerging in the U.S., which is a unified voice against injustice, that reacts bravely and defends its cause. The Turkish American community proved it,” Demir said.

Commenting on the issue, Turkey’s ruling party spokesperson also said Thursday that the ringleaders of FETÖ are as much a threat to humanity as to Turkey.

“The FETÖ managers are the enemy of humanity and the enemy of Turkey, just like the PKK (terrorist group),” Justice and Development Party (AK Party) spokesperson Ömer Çelik said on Twitter.

“Their attacks against our President (Recep Tayyip Erdoğan) are because they are hostile to our nation.”

“This traitorous network (FETÖ) added a new page to its betrayals by targeting our president with false ads in New York called ‘Stop Erdoğan,'” Çelik said.

Stressing that the group cannot stop Turkey or its president, whom it sees as the biggest obstacle to its treasonous plans, he said the Turkish nation supports its president.

Under Erdoğan, “The fight against this terrorist and betrayal network will continue until the end,” he said.

FETÖ and its U.S.-based leader Fetullah Gülen orchestrated the defeated coup of July 15, 2016, in which 251 people were killed and 2,734 injured.

FETÖ was also behind a long-running campaign to overthrow the state through the infiltration of Turkish institutions, including the military, police and judiciary.