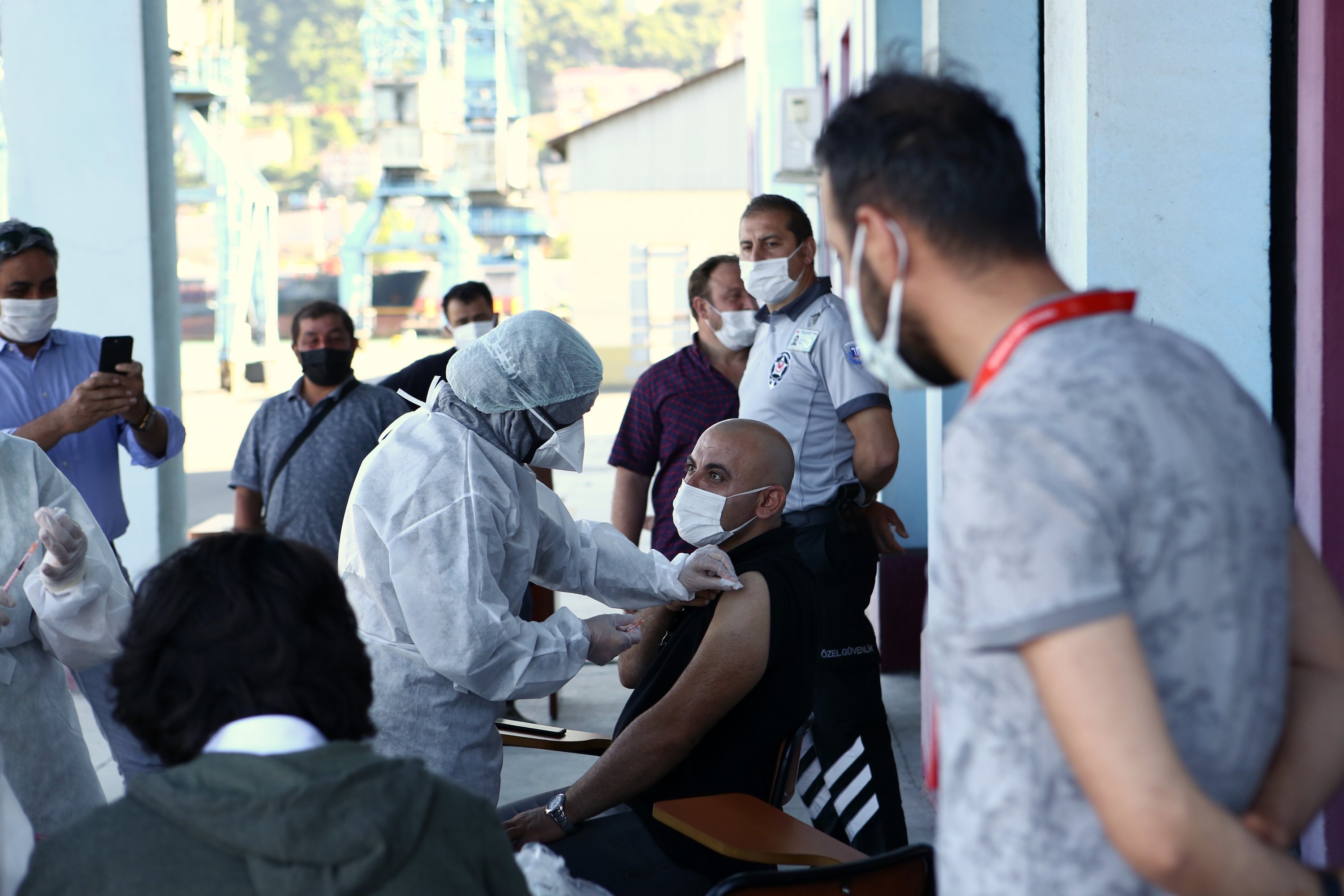 Turkey’s efforts in its COVID-19 vaccination program have gained momentum, and Health Minister Fahrettin Koca announced Wednesday that one in every two citizens are now fully vaccinated with two doses. The rate of vaccinated people with two doses in the general population has exceeded 50% while their rate among the population at the age of 18 and above has surpassed 68%.

Vaccination with at least two doses is essential for Turkey, where the number of daily cases reached 29,338 on Tuesday, the highest number of daily infections since April 30, Health Ministry data showed. The country also recorded 260 deaths from COVID-19 Tuesday. The rise in Turkey’s daily death toll since mid-July has been among the sharpest among countries in Europe and the Middle East, global data shows. The country reopened schools to in-person education this month and removed most pandemic measures over the summer as it expanded its vaccination program. Earlier this month, the government began asking for a negative polymerase chain reaction (PCR) test or proof of vaccination from teachers and also for certain public events, as well as for travel.

The latest figures show seven out of 81 provinces are now at “low risk” according to the color-coded vaccination map. These are assigned a “blue” color by the Health Ministry which means at least a 75% vaccination rate with two doses. Twenty others, including the capital Ankara and third-largest city Izmir, are edging toward the blue category. Kırklareli in northwestern Turkey has the highest number, with more than 76% in two-dose inoculation, ahead of Muğla in the southwest. Eastern provinces, including Şanlıurfa that has the lowest vaccination rate at 41.3%, are viewed as places at risk.

Experts say at least 70% of the total population should be inoculated with two doses for achieving mass immunity. This number may go higher amid concerns over the fast-spreading delta variant. Professor Deniz Odabaş, a member of the Health Ministry’s Coronavirus Scientific Advisory Board, told the Sabah newspaper that Turkey wrapped up the first stage of vaccinations successfully, referring to first doses, but noted that one dose is not sufficient against the delta variant. “People should not postpone their second doses. Especially in places with high vaccination rates, people should not think that they would be safe by counting on those high rates and should get their second dose as soon as possible,” she warned.